Tamil Nadu: The Sangam of renewable energy and conservation

Tamil Nadu is the economic powerhouse of South India, but it is also the leader in water and energy conservation while having the world's sixth largest solar power plant at Kamuthi. So what are the new challenges for the state? 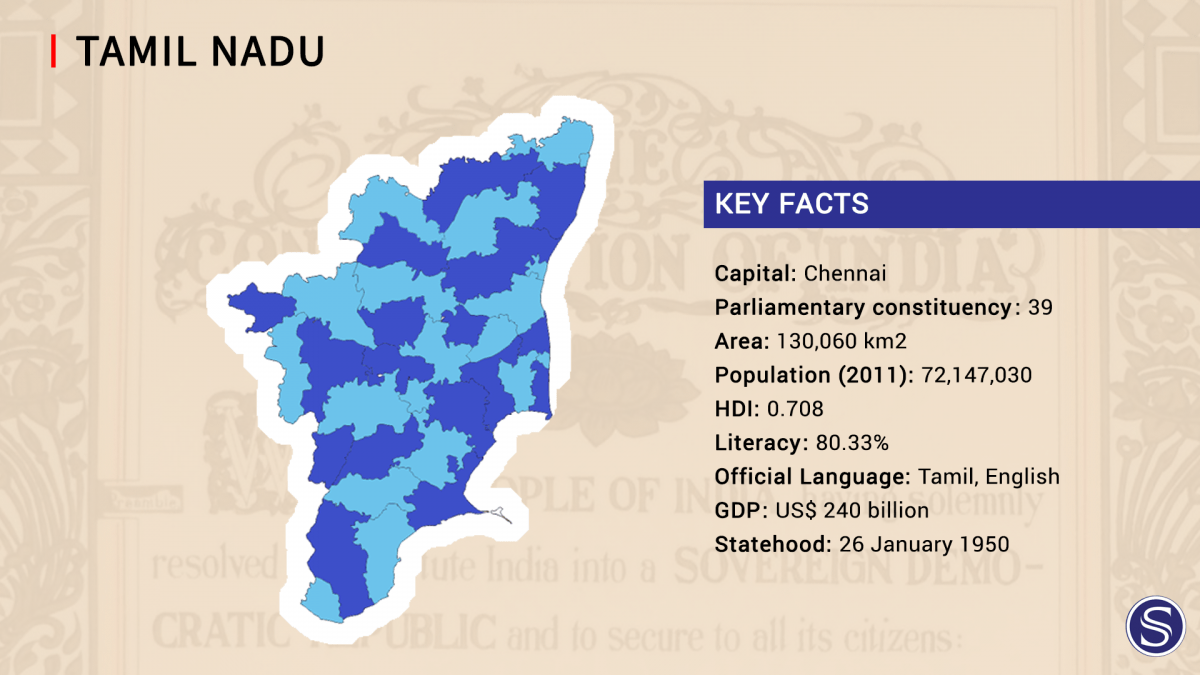 The region was ruled by several empires, including the three great empires – Chola, Chera, and Pandyan empires, which shape the region's cuisine, culture, and architecture. The British Colonial rule during the modern period led to the emergence of Chennai, then known as Madras, as a world-class city. Modern-day Tamil Nadu was formed in 1956 after the reorganization of states on linguistic lines. The state is home to a number of historic buildings, multi-religious pilgrimage sites, hill stations and three World Heritage sites.

1) Water: the state suffers from acute water shortage and depends on the river Kaveri for most of its irrigation needs. The state has proposed the setting up of expensive desalination plants but the costs remain an area of concern. Water conservation and rainwater harvesting are already a mandatory requirement for buildings taller than three floors, but it does not save enough water for the state’s general use.

2) Energy: Tamil Nadu recorded a surplus amount of electricity generation in 2005-06 but less than a decade later, it was importing electricity due to stalled power projects and the delay in the controversial Kundankulam nuclear power plant. Fortunately, Tamil Nadu is blessed with ample sunlight all year-round and it is a suitable state for large-scale, solar power plants. In addition, these solar power plants can be combined with wind farms to save space and costs on the transmission of generated electricity.

3) Environment: Like any other political entity on the planet, Tamil Nadu is not immune to the negative impacts of climate change. The state enjoys a long coastline with fisheries and cement production being the largest industries in coastal areas. There have been instances of local coral reefs being destroyed for the large cement manufacturing industry, which has disrupted the marine ecosystem. Additionally, climate change is expected to make the summers harsher and potentially intensify the droughts in the state. Fortunately, the state and local governments in Tamil Nadu have deployed large scale water conservation, rainwater harvesting, energy conservation and renewable energy generation policies. Tamil Nadu is arguably the best-equipped state to lead the country’s green tech revolution.