India's geographic centre is reflective of the many problems the country faces. Despite the sustained, fast-paced economic growth, key human development indicators remain unimpressive and represent a growth-centric economic model over a development-oriented approach. What do voters in 'Hindustan Ka Dil ' need to know before the polls? 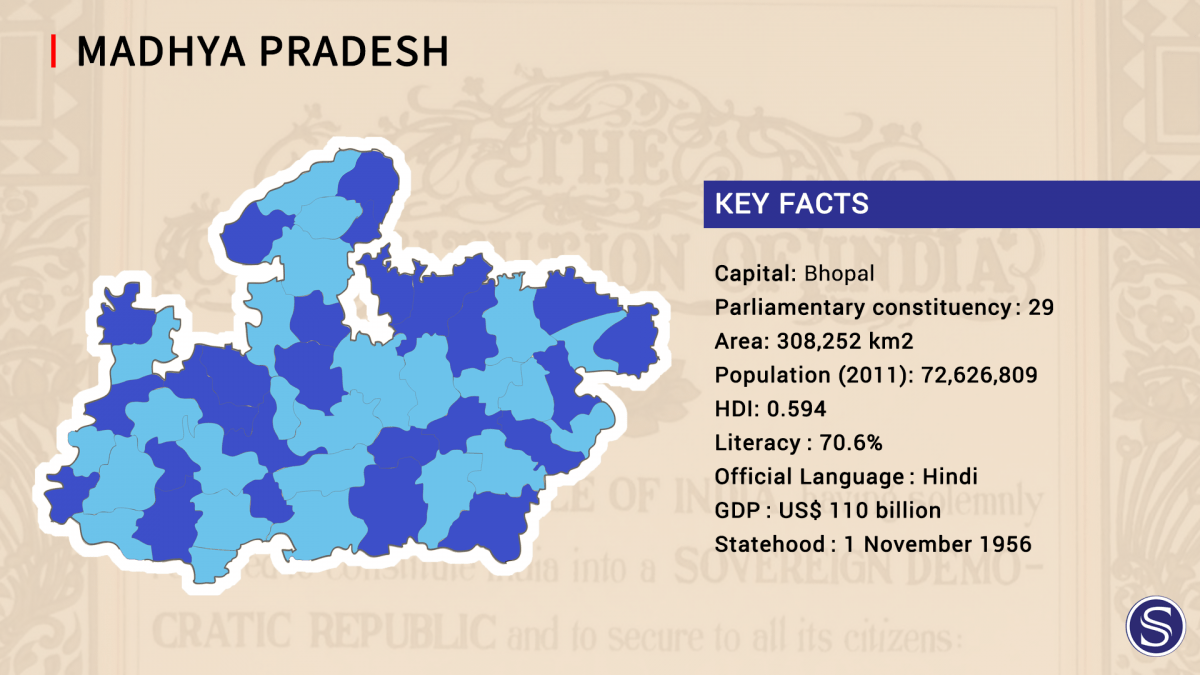 The dominant political parties in the state are the Bharatiya Janata Party (BJP) and the Indian National Congress. Unlike in many of the neighbouring states, the small or regional parties have not had much success in the state elections.

1) Environment: The state’s most successful environmental conservation program has been the Namami Devi Narmade which was a state-wide march for a reforestation campaign along the banks of the river Narmada. Apart from this, the state has made little progress. Madhya Pradesh has a vast deposit of copper and other minerals which make a bulk of the state’s economic output. These minerals also require surface mining to obtain, thereby uprooting entire local ecosystems and polluting several natural resources. The state needs to develop a practical, sustainable economic model which takes into account the fragility of its environment. The river Narmada already has numerous dams varying in sizes; therefore, MP needs to pivot away from a dependence on thermal and hydropower.

2) Inclusive development: Due to the different linguistic, cultural and geographical environment and its peculiar complications, the diverse tribal world of Madhya Pradesh has been largely cut off from the mainstream of development. Madhya Pradesh ranks very low on the Human Development Index value of 0.594 which is below the national average. The malnutrition situation in Madhya Pradesh was "extremely alarming", receiving a severity rating between Ethiopia and Chad. The state is also the worst performer in India when it comes to female foeticides.

3) Diversification: The state has a largely agrarian economy. The major crops of Madhya Pradesh are wheat, soybean, gram, sugarcane, rice, maize, cotton, rapeseed, mustard and arhar. Minor Forest Produce (MFP), such as tendu leaves used to roll beedi, sal seed, teak seed, and lak also contribute to the state's rural economy. With only five Special Economic Zone (SEZs), the state has not been successful in inviting foreign investors nor has it received any significant domestic investments. The state has to reform its labour laws to better accommodate the economy of the future, which will see a shift from the dominant agrarian system to more services and industries based economy