Jammu and Kashmir have become the talking point of the country after the recent military tensions, with emotions flaring on all corners of the nation. The state has been under President's rule since June 2018 which has only weakened the public confidence in the electoral process. Will J&K vote in favour of the old PDP-BJP alliance or will it show a fractured mandate for its 6 Lok Sabha seats? 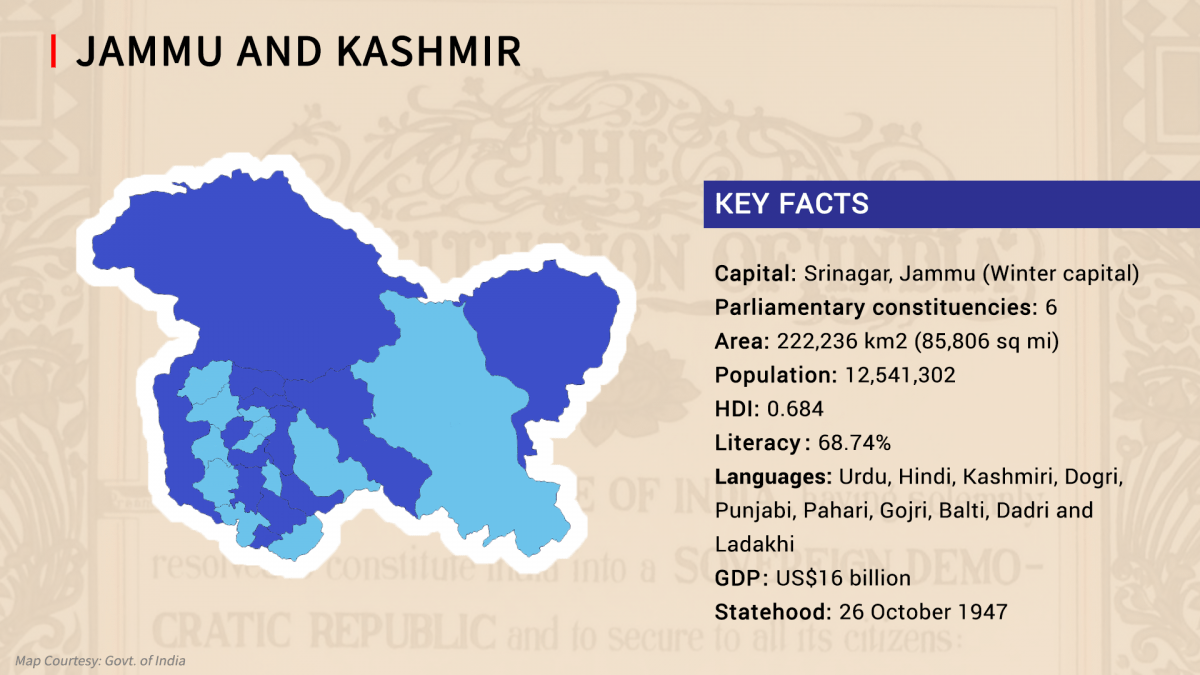 Jammu and Kashmir had a Muslim majority (77% Muslim by the previous census in 1941). Following the logic of Partition, many people in Pakistan expected that Kashmir would join Pakistan. On 22 October 1947, rebellious citizens from the western districts of the State and Pushtoon tribesmen from the Northwest Frontier Province of Pakistan invaded the State, backed by Pakistan. The Maharaja initially fought back but appealed for assistance to India, who agreed on the condition that the ruler accedes to India. Maharaja Hari Singh signed the Instrument of Accession on 26 October 1947 in return for military aid and assistance, which was accepted by the Governor General the next day.

1)  Militancy: Arguably, the state’s most pressing issue is the radical militancy which began in the early 1990s. Frequent episodes of violent encounters disrupt the day to day life of the average Kashmiri and normal economic activity is impossible to carry out under curfew conditions. The domestic security concern is widely accepted to be J&K’s biggest roadblock to development but it is difficult to resolve as the issue is originating from outside of India’s borders.

2)  Geography: J&K's largely mountainous geography prevents easy access to all towns and cities all year round. The Kashmir valley is shut down during the winter due to heavy snowfall, which cuts off a majority of civilian traffic to and from Srinagar. Another issue arising from the state’s unique geography is the threat of frequent landslides and flash floods.

3)  Environment: Like its neighbouring states, J&K is blessed with a wide variety of indigenous flora and fauna. Fortunately, J&K is sparsely populated, with most of the population being concentrated in Kashmir Valley and Jammu. Despite extensive efforts, J&K’s fragile ecosystem is threatened by tourism and climate change.

Our assessment is that this election will be a crucial juncture in J&K’s history as the local leaders are already denouncing the strong-handed approach of the central government in dealing with the militants. We feel that as J&K is under President’s rule with the regional parties like PDP and NCP being side-lined in the wake of the Pulwama attacks and the Balakot airstrikes, low voter turnout, invalid ballots and potential disruptions at voting booths was an expected trend. We also feel that Kashmir's political issues are sidelining crucial environmental problems which are being amplified by the low-intensity conflict in the region.