West Bengal has been the centre of India's arts and cultural movement, giving the nation thinkers, philosophers and leaders of excellence. Despite its achievements, the state has been grappling with a lot of issues, namely climate change and the lack of economic reforms. What are the primary issues of the state? 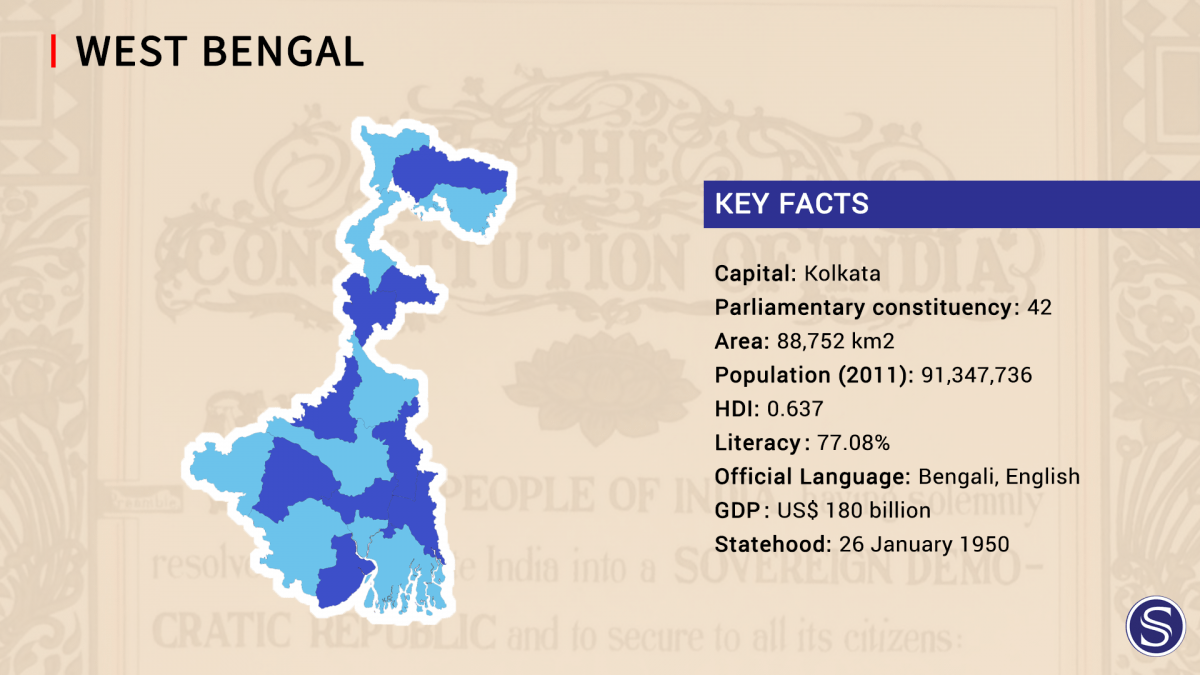 When India gained independence in 1947, Bengal was partitioned along religious lines. The western part went to the Dominion of India (and was named West Bengal), while the eastern part went to the Dominion of Pakistan as a province called East Bengal (later renamed East Pakistan in 1956). The latter became the independent nation of Bangladesh in 1971. In 1950 the Princely State of Cooch Behar merged with West Bengal. In 1955 the former French enclave of Chandannagar, which had passed into Indian control after 1950, was integrated into West Bengal; portions of Bihar were also subsequently merged with West Bengal. Both West and East Bengal experienced large influxes of refugees during and after partition in 1947. Refugee resettlement and related issues continued to play a significant role in the politics and socio-economic condition of the state.

The state's economic recovery gathered momentum after economic liberalisations were introduced in the mid-1990s by the central government. This was aided by the advent of information technology and IT-enabled services.

1) Environment: West Bengal is home to the famous Sundarbans mangrove delta, one of many riverine exits for the Ganga into the Bay of Bengal. Climate change could irreversibly damage the mangroves by the rapid change in the soil chemistry, frequent flooding and unseasonal rainfall. The mangrove forests are a large part of the state’s heritage and economy, and the government has to formulate a concentrate climate change combat plan to preserve its mangrove forests.

2) Demographics: The state is a target for illegal cross border immigration from Bangladesh, and the primary issue here is the appropriate mechanisms to handle such immigration. Due to the porous nature of the border, it is impossible to restrict cross border movement. Illegal immigration has been a cause for economic inequality and the unequal distribution of resources towards the citizens of West Bengal. It can be economically damaging if it is not handled properly, as it chews away at the state’s delicate social fabric. Additionally, illegal immigration is a credible national security threat and the state has an obligation to counter the flow of migrants in a moral and legally acceptable way.

3) Economy: The economy of West Bengal has witnessed many twists and turns. However, over the years due to effective changes in the stance towards industrialisation, ease of doing business has improved in West Bengal. Steps are being taken to remedy this situation by promoting West Bengal as an investment destination. Years after independence, West Bengal is dependent on the central government for help in meeting its demands for food; food production remained stagnant, and the Indian green revolution bypassed the state. However, there has been a significant increase in food production since the 1980s, and the state now has a surplus of grains.

Our assessment is that West Bengal is in the grip of heightened political rivalry which has turned violent over the past few months. We believe that the Trinamool Congress (TMC) is certain to retain a majority of the Lok Sabha seats but the BJP has been gaining ground after a series of aggressive campaign rallies. We also feel that the priorities for the state remain climate change, economic reforms and tackling illegal migration.