Uttarakhand is a relatively young state which has seen a bout of electoral changes over the past decade. The once-stronghold of the INC is the state is now eagerly looking to the BJP for leadership and development? Should it focus on green economy policies? 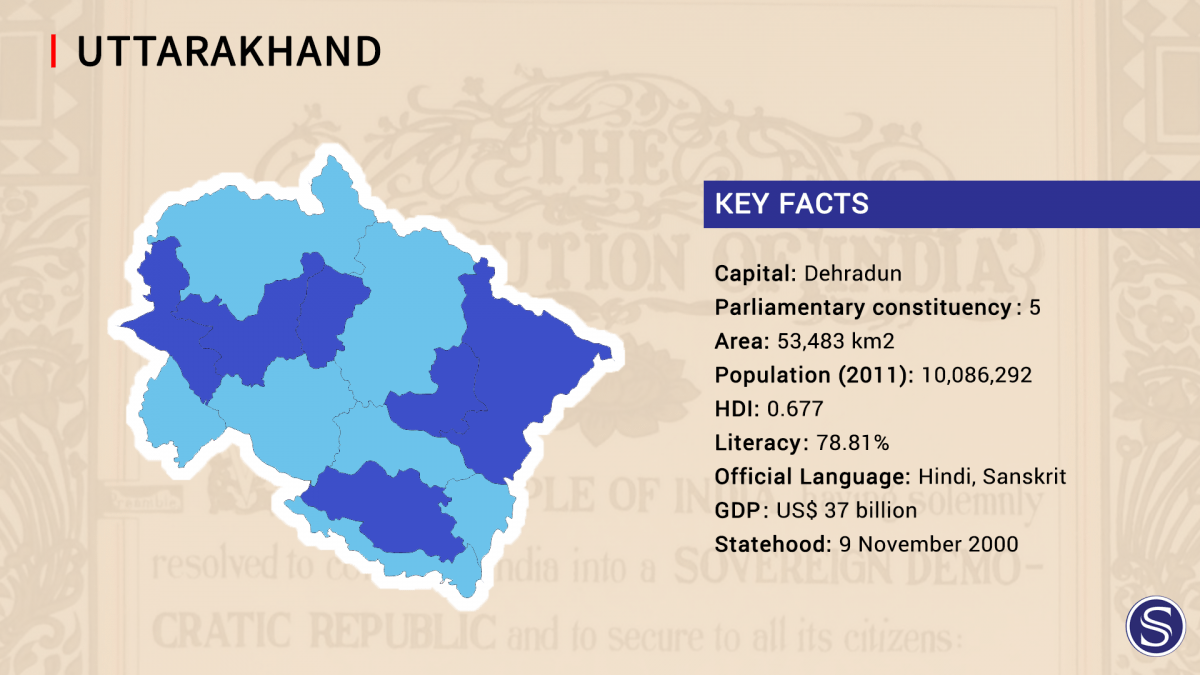 After India attained independence from the British, the Garhwal Kingdom was merged into the state of Uttar Pradesh, where Uttarakhand composed the Garhwal and Kumaon Divisions. Until 1998, Uttarakhand was the name most commonly used to refer to the region, as various political groups, including the Uttarakhand Kranti Dal (Uttarakhand Revolutionary Party), began agitating for separate statehood under its banner. Although the erstwhile hill kingdoms of Garhwal and Kumaon were traditional rivals the inseparable and complementary nature of their geography, economy, culture, language, and traditions created strong bonds between the two regions. These bonds formed the basis of the new political identity of Uttarakhand, which gained significant momentum in 1994 when demand for separate statehood achieved almost unanimous acceptance among both the local populace and national political parties.

1) Tourism: Uttarakhand has many tourist spots due to its location in the Himalayas. There are many ancient temples, forest reserves, national parks, hill stations, and mountain peaks that draw a large number of tourists. There are 44 nationally protected monuments in the state. Oak Grove School in the state is on the tentative list for World Heritage Sites. Religious tourism forms a major portion of the tourism in the state. The tourism business in Uttarakhand generated ₹23,000 crores. The state has 12 National Parks and Wildlife Sanctuaries which cover 13.8% of the total area of the state. They are located at different altitudes varying from 800 to 5400 metres. The oldest national park on the Indian sub-continent, Jim Corbett National Park, is a major tourist attraction. Despite its popularity, the state is punching below its weight in attracting tourists.

2) Environment: The state lies in the fragile Himalayan ecosystem belt, and the rapid urbanisation has threatened to pollute the pristine environment. Much like tourism, the state lacks in initiatives to preserve while utilising sufficient resources to satisfy its economic needs. The state’s relatively low population will push it to increase the per capita income (and productivity) through innovation, which has been lacking so far. Uttarakhand has to employ green economy policies to evolve into a carbon-neutral economy, and which is possible considering the low per capita energy consumption and carbon emissions.

Our assessment is that the state is expected to vote in favour of the BJP, with an incumbent BJP government winning a record margin of 57 out of 70 seats in the 2017 State Assembly elections. We believe that the INC will look to reclaim its stronghold in 2019 and deny the BJP an inroad to the Himalayan heartland. We also feel that at least 4 out of the possible 5 seats in the state will be closely contested. However, the Lok Sabha seats of Uttarakhand have historically never been a crucial factor in national coalition building agreements.