Rajasthan: Fortifying a growth plan for the future

Rajasthan is a popular tourist destination for domestic and foreign travellers, but does it have sufficient infrastructure to sustain more visitors? The state has been a recipient of foreign investments and has shown tremendous growth potential. Does it have enough to formulate a plan for the future? 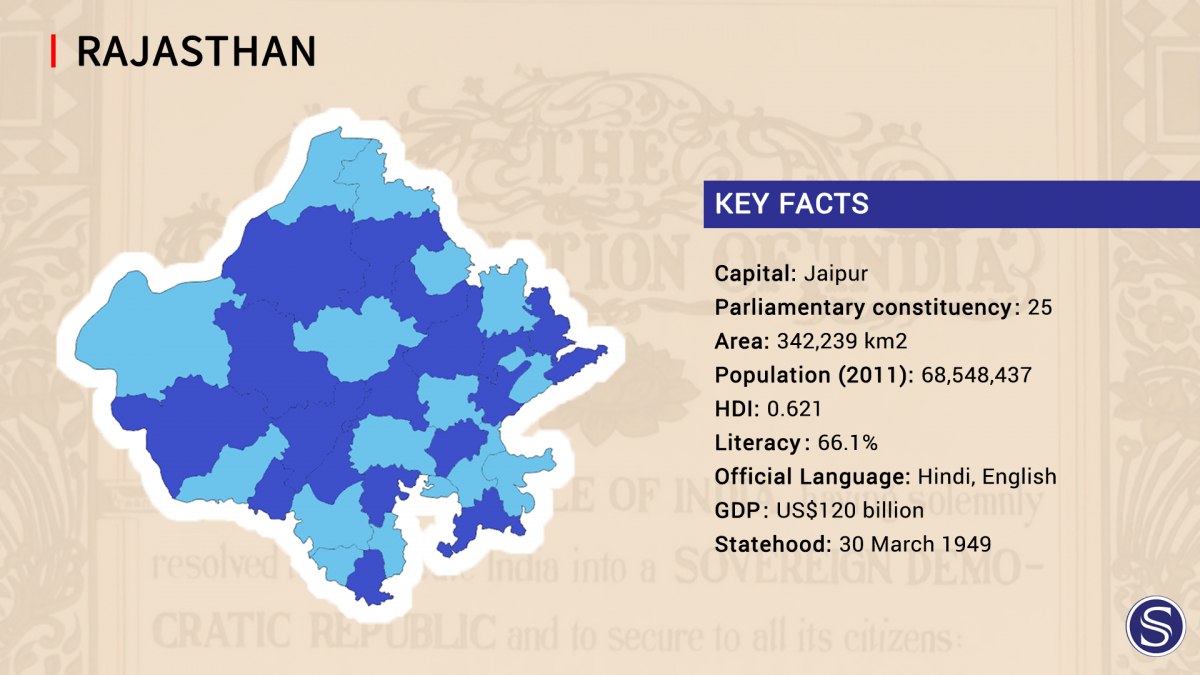 The state was formed on 30 March 1949 when Rajputana – the name adopted by the British Raj for its dependencies in the region was merged into the Dominion of India. Its capital and largest city is Jaipur. Other important cities are Jodhpur, Kota, Bikaner, Ajmer and Udaipur.

Modern Rajasthan includes most of Rajputana, which comprises the erstwhile nineteen princely states, two chiefships, and the British district of Ajmer-Merwara. Jaisalmer, Marwar (Jodhpur), Bikaner, Mewar (Chittorgarh), Alwar and Dhundhar (Jaipur) were some of the main Rajput princely states. Bharatpur and Dholpur were Jat princely states whereas Tonk was a princely state under a Muslim Nawab.

1) Environment: Despite a large portion of the state is a desert, Rajasthan is home to an impressive diversity of flora and fauna. The natural vegetation is classed as Northern Desert Thorn Forest (Champion 1936). These occur in small clumps scattered in a more or less open form. The density and size of patches increase from west to east following the increase in rainfall. The limited amount of rainfall and lack of perennial rivers could be the major factors in the compounding the impact of climate change on the state, with even more severe summers leading to continuous drought.

2) Human development: The state ranks amongst the lowest for performance in key HDI indicators, specifically for child mortality, malnourishment and life expectancy. Rajasthan’s relatively low literacy rates add to a stalled human development index rating. The economy may be growing at a quick pace due to tourism and secondary industries, but the quality of labour is insufficient to match industry standards. The state needs to prioritise the betterment of its people by securing public health facilities. A staggering fact of existing inadequacies is the disparity in the literacy rate between men (76%) and women (45%).

3) Tourism: Rajasthan attracted a total of 45.9 million domestic and 1.6 million foreign tourists in 2017, which is the 10th highest in terms of domestic visitors and fifth highest in foreign tourists. The tourism industry in Rajasthan growing effectively each year and becoming one of the major income sources for the state government. Rajasthan is home to many splendid travel attractions for domestic and foreign travellers. However, the state lacks adequate infrastructure to support an increase in the number of tourists. As such, no eco-tourism plans have been implemented, which further risks the deterioration of certain protected sanctuaries and neglected monuments.

4) Energy: The state enjoys vast periods of sunlight, making it an ideal state to focus on the country’s solar power generation. Rajasthan could greatly benefit from the establishment of large scale solar power projects which will eventually generate high paying jobs for locals while utilising the biggest advantage the state offers, irrespective of the season.

Our assessment is that the state has yet to overcome the basic hurdle of ensuring universal primary education and healthcare. We believe that despite its commendable economic performance, Rajasthan has to look towards the future and implement future-ready programs for its citizens, which include the integration of green technology solutions. We also feel that climate change is going to impact the state drastically and therefore, Rajasthan needs a strategic plan of action in place.