Reliance’s circumvention of US sanctions meets legal requirements and is likely geared towards a weaning period in light of further sanctions against Venezuela. The Bolivarian Republic of Venezuela is situated in northwest South America and possesses the...

Reliance’s circumvention of US sanctions meets legal requirements and is likely geared towards a weaning period in light of further sanctions against Venezuela.

The Bolivarian Republic of Venezuela is situated in northwest South America and possesses the world’s largest provable oil deposits. Several political crises throughout the 20thCentury have resulted in a largely unstable Venezuela. Following the death of the incumbent, Nicholas Maduro assumed premiership in 2013. Despite its formidable natural resources, the majority of Venezuelans live in poverty. The problem has been exacerbated by a rise in inflation and a shortage of basic goods since Maduro assumed office.

For over a decade, the United States has instituted sanctions against the Venezuelan entities, using it as a policy tool against infractions, including terrorism, drug trafficking and human rights violations. On January 28, 2019, the Trump Administration imposed sanctions against Petróleos de Venezuela S.A. (PDVSA), Venezuela’s state-run oil company. The sanctions mean that all property and interests in property of PDVSA under US jurisdiction are blocked and US citizens are restricted from engaging in business with the company.

Reliance Industries Limited (RIL) is an Indian conglomerate company with vested interests in the energy and petrochemical sectors. RIL is India’s largest exporter and is ranked 7th in Platts Top 250 Global Energy Rankings of 2018. RIL also operates the world’s largest refining complex. In 2012 Reliance signed a 15-year deal to buy between 300,000-400,000 barrels per day (bpd) of heavy oil from PDVSA. India has historically been a crucial market for Venezuela’s economy by being the second largest cash paying customer after the US. 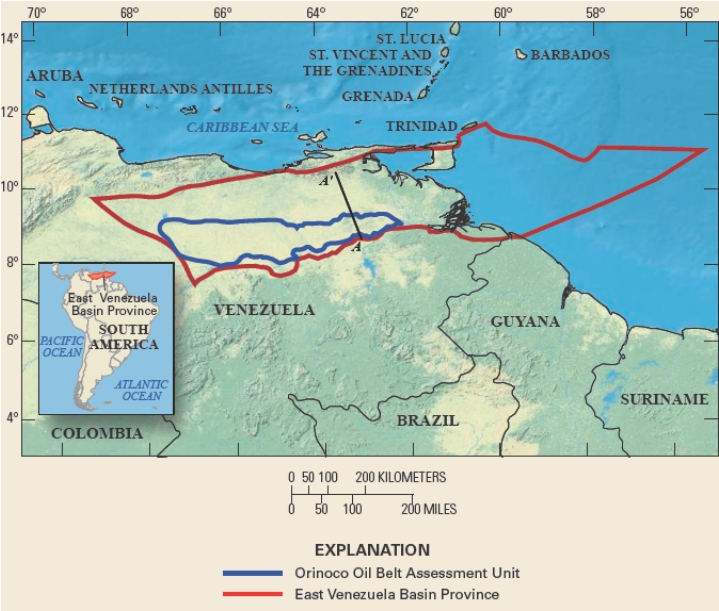 A March 21, 2019 report, quoting trading sources and Refinitiv Eikon data, suggest RIL is selling alkylate, gas oil and other fuel to Venezuela from India and Europe in an attempt to bypass sanctions that restrict US-based companies from dealings with PDVSA. RIL had previously been supplying alkylate, diluent naphtha and other fuel through its US-based subsidiary before January’s sanctions. Reliance moved its transactions to its India desk after the implementation of sanctions to meet legal requirements that prohibit American entities from business with Venezuela. The company used to supply fuels and diluents manufactured in the US to Venezuela in exchange for crude oil.

RIL has significant interests in the US economy, operating subsidiaries connected to its oil and telecom concerns. A RIL spokesperson said, “Our US subsidiary has completely stopped all business with Venezuela’s state-owned oil company, PDVSA, and its global parent has not increased crude purchases.” Data shows that Reliance’s average purchases from Venezuela were less than the contracted 300,000 bpd in 2018 and for the first two months of 2019. RIL’s sophisticated refining systems allow them to process the thick Venezuelan crude into high-value fuels.

On March 12, 2019, M.M. Kutty, Oil Secretary of India, warned Indian companies to cease purchases of Venezuelan oil or face yet-to-be-elucidated consequences. On the same day, US Special Representative for Venezuela, Elliot Abrams said that Washington was preparing “very-significant” sanctions against financial institutions, targeting Venezuela. It is unlikely that a company with deep interests in the US can continue to employ current legal loopholes that permit transactions with PDVSA in the long-run. Reliance’s recent purchases from Venezuela by removing its US subsidiary from the equation is likely a supply-chain tool to ensure reserves and soften the blow when further sanctions are applied. Impending sanctions are likely to make it impossible for Reliance to continue transactions without endangering its America interests. A political intervention, although unlikely, is the only recourse to stall this eventuality.

The other primary Indian purchaser of Venezuela’s oil is Nayara Energy Limited, partially owned by Russia’s Rosneft. Rosneft and the Russian government have consistently supported Maduro’s government and the PDVSA.

Our assessment is that India, and Indian companies like Reliance, will steadily reduce dependence on oil from Venezuela. We believe that Reliance’s apparent circumvention of US sanctions is aimed at meeting legal requirements while simultaneously building the capacity to ensure continued oil production in the face of changing suppliers. We believe that the litmus tests for Indian authorities will be how they handle Nayara Energy Limited, given its Russian, Maduro-aligned ownership.

Two of India’s main oil suppliers, Iran and Venezuela have recently been targeted by international sanctions, especially from the US. Receiving a waiver from the US State Department, India continued to buy oil from Iran although there was a 60% slump in imports from the sanctioned country in February 2019. It is likely that the waiver, and sanctions restricting only American entities from Venezuelan dealings, is geared towards providing a relief period for nations like India to steadily decrease their independence on oil from Iran and Venezuela.