Israel reborn into a Frankenstein monster

Is Israel forming a new national identity? Prime Minister Benjamin Netanyahu and Labor Party leader Avi Gabbay had criticized the Israeli, saying that they have forgotten their..

Is Israel forming a new national identity? Prime Minister Benjamin Netanyahu and Labor Party leader Avi Gabbay had criticized the Israeli, saying that they have forgotten their Jewish values.

Jews also known as Jewish people, are an ethnoreligious group and a nation originating from the Israelites, or Hebrews, of the Ancient Near East. Jewish ethnicity, nationhood and religion are strongly interrelated, as Judaism is the traditional faith of the Jewish people while its observance varies from strict observance to complete non-observance.

Jews originated as an ethnic and religious group in the Middle East during the second millennium BCE, in the part of the Levant known as the Land of Israel. The Merneptah Stele appears to confirm the existence of a people of Israel somewhere in Canaan as far back as the 13th century BCE (Late Bronze Age). The Israelites, as an outgrowth of the Canaanite population, consolidated their hold with the emergence of the Kingdom of Israel and the Kingdom of Judah. Some consider that these Canaanite sedentary Israelites melded with incoming nomadic groups known as 'Hebrews'.

Prior to World War II the worldwide Jewish population reached a peak of 16.7 million, representing around 0.7 % of the world population at that time. Approximately 6 million Jews were systematically murdered during the Holocaust.

The Holocaust, also referred to as the Shoah, was a genocide during World War II in which Adolf Hitler's Nazi Germany, aided by its collaborators, systematically murdered some six million European Jews, around two-thirds of the Jewish population of Europe. From 1941 to 1945, Germany targeted European Jewry for extermination as part of a larger event that included the persecution and murder of other groups. A broader definition of the Holocaust includes the murder of the Roma and the "incurably sick". A broader definition still includes ethnic Poles, other Slavic groups, Soviet citizens and prisoners of war, homosexuals, Jehovah's Witnesses, black people, and political opponents. 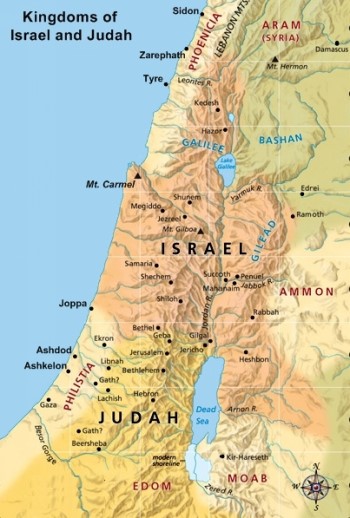 To know more about the history of Israel – Palestine click: Better relations – Israeli-Palestinian

According to Yossi Klein of the Haaretz news portal, “Israeliness have become arrogant, impatient and violent, a blend of the fanaticism of MK Bezalel Smotrich and the aggressiveness of Defense Minister Avigdor Lieberman. Their Judaism is not that of pre-Holocaust Europe or pre-state North Africa. As Jews they wrote, studied and taught; as Israelis they conquered, expelled and abused.”

“The Holocaust is not responsible for our disengagement from Western liberalism. The wars against the Arabs are not responsible for our disengagement from Mizrahi tolerance. What is responsible for this disengagement is the transition from the ruled to the rulers. Power went to our heads. Sovereignty and independence saved the body and destroyed the spirit. Brawn replaced brain. We are the new Jew. After 70 years of planning and building we can say we succeeded. We have created a new creature. We are the creature that pushed aside Frankenstein, smashed the gate and left the laboratory to wreak havoc in the neighbourhood,” said Yossi.

He further added, “When you destroy, you forget. We’ve forgotten what is to be Jewish, but no matter what we made sure we had God. Our God is a hostage. Our God sits before the camera and reads what the kidnappers dictate. In his name we expropriate land and deport refugees. In his name the land is ours, forever.”

The Judaism that holds God hostage is a good “closer”: state funds in return for support for the settlements, cancelling the draft in return for ignoring corruption. It’s Judaism for rent to the highest bidder, the Judaism of the Sicarii, a Judaism that will lead to civil war.

“We’ve forgotten how to be Jewish, but there are Jews who remember. We need to teach our kids to know world Jewry, American Jewry,” Gabbay said. “I believe in pluralism. We need to focus on the values we share… liberal, pluralistic values that promise everyone religious freedom.”

It’s not Jews who expel, oppress and abuse, it’s Israelis. Judaism is not to blame, Israeli Judaism is. We are the Israelis, and this is our Judaism.

Our assessment is that there is a concern that Israel is metamorphing into a military state. This does not auger well for the state of Israel. We believe that the political narrative has always been centre of left since its formation in 1947.