Tehran is seeking Europe’s assurances on Banking and oil trade after US sanctions plunder economic growth.

In the 2000s, reports began emerging on Iran running a uranium enrichment program in secret. An investigation by the IAEA revealed that Iran had not declared a number of its nuclear activities to the group. Thus, the nation was subjected to multiple harsh sanctions from the international community. This has cost the nation billions of dollars (estimated $100 billion in oil revenues alone till 2015). It has also lost out on foreign direct investment.

On 2 April 2015, the P5+1 and Iran reached a provisional agreement that sought to lift most of the sanctions in exchange for limits on Iran's nuclear programs extending for at least ten years. When the International Atomic Energy Agency (IAEA) certified that Iran had restricted its sensitive nuclear activities, the UN sanctions were lifted on January 16, 2016. President Trump has formally withdrawn the US from the JCPOA in an announcement made in May 2018. 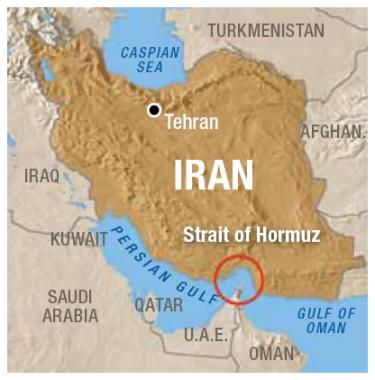 Read more about our extensive analysis on the re-imposition of sanctions on Iran here, here and here.

Iranian President Hassan Rouhani on Monday urged the remaining signatories to its 2015 nuclear agreement to act decisively to save the pact, while the French President called again for broader talks on Tehran’s missile programme and its role in the Middle East region.

In a phone call to French President Emmanuel Macron, Rouhani said Iran wanted the Europeans to give guarantees on banking channels, oil sales and in field of insurance and transportation.

“Iran has acted upon all its promises in the nuclear agreement and, with attention to the one-sided withdrawal of America ... expects the remaining partners to operate their programs more quickly and transparently,” Rouhani was quoted as saying.

Rouhani was speaking in the light of U.S. sanctions re-imposed by Washington after President Donald Trump in May pulled out of a 2015 nuclear deal.

Macron reiterated France’s commitment to maintaining the accord, a remark aimed at soothing Tehran.

The head of the navy of Iran’s Revolutionary Guards, General Alireza Tangsiri, said on Monday that Iran had full control of the Gulf and the U.S. Navy did not belong there.

Tehran has suggested it could take military action in the Gulf to block other countries’ oil exports in retaliation for U.S. sanctions.

Washington maintains a fleet in the Gulf that protects oil shipping routes.

The head of the Revolutionary Guards, Major General Mohammad Ali Jafari, said on Monday that Iran’s enemies would not prevail in a conflict.

As tension has escalated between Iran and the United States, senior U.S. officials have said they aim to reduce Iran’s oil exports to zero.

Iran’s Supreme Leader Ayatollah Ali Khamenei, the most senior authority in the Islamic Republic, said last month that he supported the idea that if Iran is not allowed to export oil, then no country should export oil from the Gulf.

Our assessment is that the new sanctions have effectively crippled Iran’s exports. Tehran is struggling to keep its fragile economy afloat after a near-complete shutdown of its oil exports and is approaching the EU for banking and oil sales guarantees. The EU is the perfect succour for Iran as the European Parliament recently passed a legislation protecting EU’s commitment to the JCPOA.