Odisha: prepared for the future

Odisha has arguably been the country's most disaster-ready state for the past twenty years, and the rest of the country could learn to emulate its highly effective evacuation strategies. However, industrial activity and the diversification of its economy remain the two pressing issues for the state. What can the state do more? 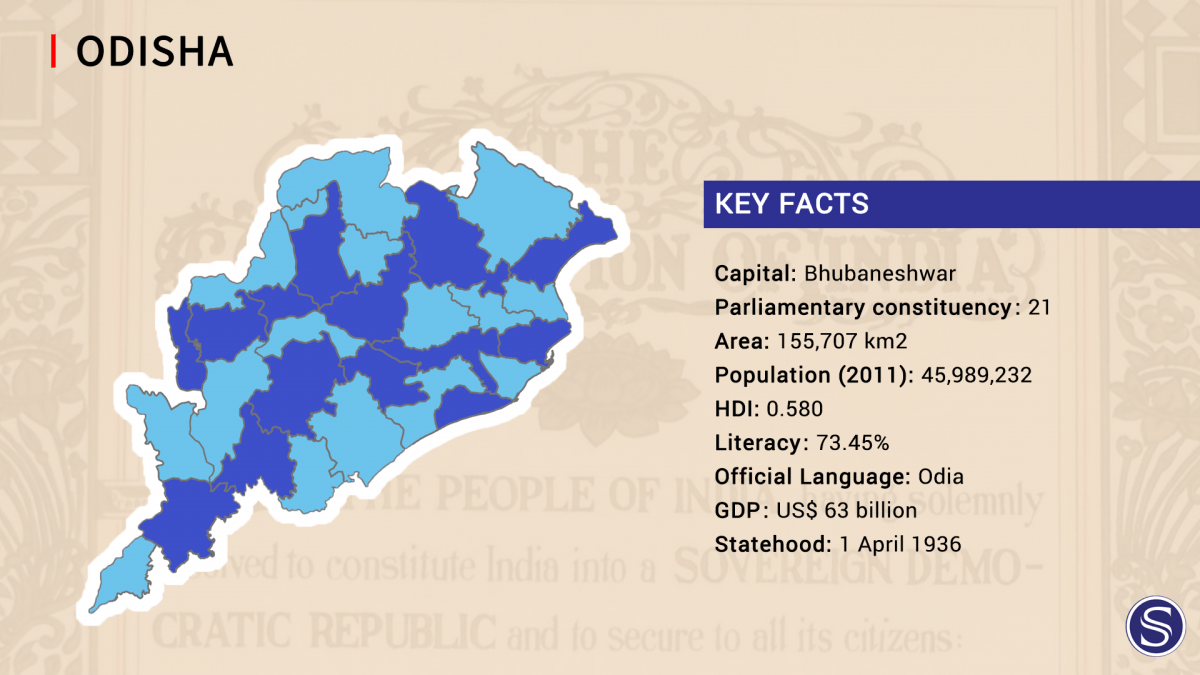 The province of Orissa came into existence on a linguistic basis during the British rule in India, with Sir John Austen Hubback as the first governor. Following India's independence, on 15 August 1947, 27 princely states signed the document to join Orissa.

On 27 May 1947, Harekrushna Mahatab took an oath to form a Congress ministry. In 1946, it was decided that Bhubaneswar would replace Cuttack as the political capital of the state of Odisha. A year after India gained its independence from Britain, the task of designing had been granted to the German architect Otto Königsberger. Also in 1948, construction on the Hirakud Dam began. By 1949, the 24 princely states had been integrated and Odisha had 13 districts: Cuttack, Puri, Balasore, Ganjam, Koraput, Sambalpur, Dhenkanal, Sundergarh, Keonjhar, Balangirpatna, Boudh-Kandhamal, Mayurbhanj and Kalahandi.

1) Economy: The economy of Odisha is one of the fastest growing economies in India. The state has an agriculture-based economy which is in a transition towards industry and service-based economy. The primary industries in Odisha are manufacturing, mining and quarrying, electricity, gas and water supply and construction. The industrial sector's contribution to the state's GSDP was estimated at 33.45% in 2014-15. Most of Odisha's industries are mineral-based. Odisha has 25% of India's iron reserves. It has 10% of India's production capacity in steel. Odisha is the top aluminium producing a state in India. Two of the largest aluminium plants in India are in Odisha, NALCO and Vedanta Resources. Mining contributes an estimated 6.31% to the GSDP.

3) Natural resources: Odisha has abundant natural resources and a large coastline. Odisha has emerged as the most preferred destination for overseas investors with investment proposals. It contains a fifth of India's coal, a quarter of its iron ore, a third of its bauxite reserves and most of the chromite. Rourkela Steel Plant was the first integrated steel plant in the public sector in India, built with the collaboration of Germany. Odisha has the potential to become one of the country’s leading industrial state if sufficient investments are directed towards the labour-intensive mining industries instead of capital-intensive plants.

Our assessment is that Odisha’s most valuable asset is its preparedness against natural calamities, as seen in the highly effective evacuation and resettlement plans for Cyclone Fani in May 2019. We believe that the state is a model for disaster preparedness worthy of emulation. We also feel that the government’s understanding of the state’s capacity to withstand such calamities should encourage deeper investment in the green economy.