Chhattisgarh: The mineral hub of India 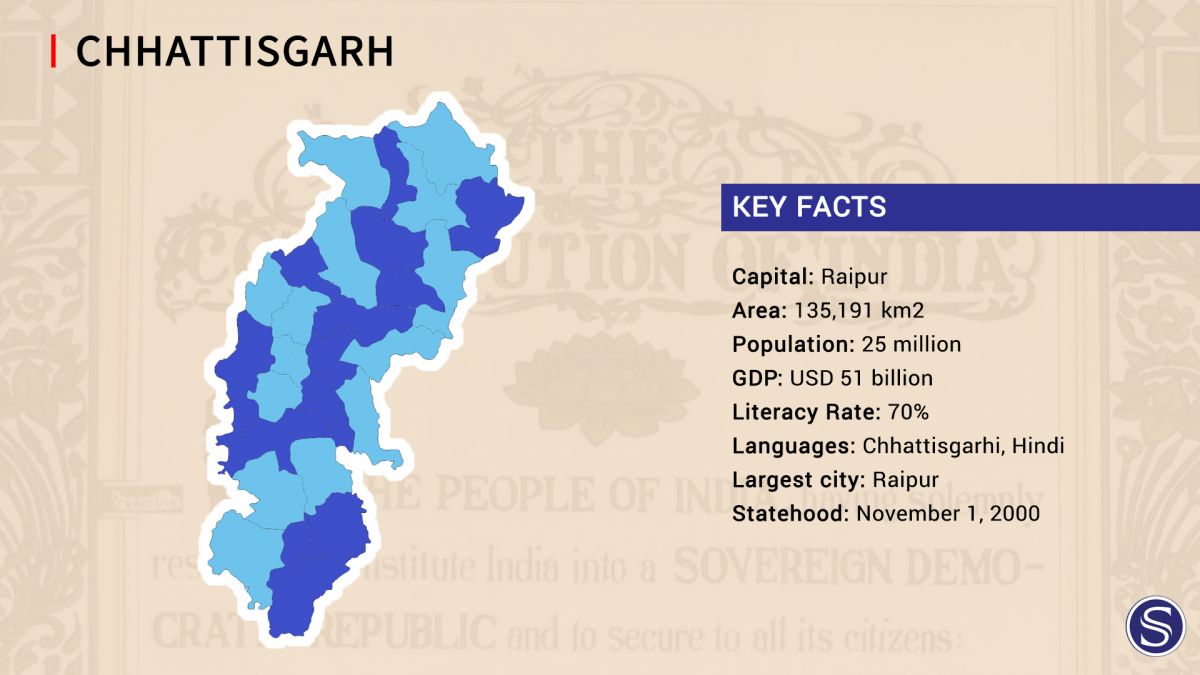 The 1990s saw more activity for a demand for the new state, such as the formation of a statewide political forum, especially the Chhattisgarh Rajya Nirman Manch. Chandulal Chadrakar led this forum, several successful region-wide strikes and rallies were organised under the banner of the forum, all of which were supported by major political parties, including the Indian National Congress and the Bharatiya Janata Party.

1) Tourism: Chhattisgarh, situated in the heart of India, is endowed with a rich cultural heritage and attractive natural diversity. The state is full of ancient monuments, rare wildlife, exquisitely carved temples, Buddhist sites, palaces, waterfalls, caves, rock paintings and hill plateaus. There are many waterfalls, hot springs, caves, temples, dams and national parks, Tiger reserve and wildlife sanctuaries in Chhattisgarh. Despite its natural advantages, the state is unable to attract a large number of tourists, both domestic and foreign and hence, does not generate significant revenue from tourism.

2) Education: Chhattisgarh's literacy rate has seen a massive boost over the past decade, jumping from 64% in 2001 to over 70% in 2011. The state has seen a transformation in the education sector this decade by setting up a national law school, an IIT, an IIM and several other institutes of higher education.

3) Infrastructure: the state accounts for 1/6th of Indian Railways’ annual revenue due to its central location and natural resources. Despite this, Chhattisgarh has a 1,187-kilometre-long (738 mi) railway line network, which is less than half of the national average of rail density. In order to lower costs for the mining and processing industries, more railway lines are required, particularly for intra-state transport of raw materials.

Our assessment is that Chhattisgarh’s 11 Lok Sabha seats were projected to be safe in the BJPs’ column but the 2018 Vidhan Sabha elections saw the INC rise to claim a comfortable majority. We believe that for the upcoming elections, Chhattisgarh will a contested state despite all 11 present MPs being from the BJP. We also feel that the INC will try to win the state in order to open up a clear coalition path from Central to Eastern India.