Too Little, Too Late?

When the UNICEF says in its blog that “vaccines are amongst the greatest advances of modern medicine", there is a great deal of weightage attached to this proclamation. It is a recorded fact that over the years, they have saved millions of lives and slashed child mortality rates in half. Nevermore was this miracle tool of science more required as now – the COVID-19 virus has already claimed almost 3.5 million lives (as of May 25th), with almost 10,000 deaths being reported daily worldwide.

With surprising alacrity and speed, modern science was able to conjure up several vaccines in record time, thus raising hopes to kill the virus and reclaim life as it was. Access to COVID-19 Tools (ACT) Accelerator is a ground-breaking global collaborative programme that was set up last year. It aimed at development, production and equitable access to COVID-19 tests, treatments and most importantly, vaccines.

UNICEF, which is spearheading the global COVAX programme, has an ambitious target of injecting 2 billion doses by the end of 2021, a goal that appears near to impossible. The logistics by themselves are daunting, where procurement, storage, and distribution are mammoth tasks, all amidst a pandemic that refuses to slow down.

Sadly, a return to normal still seems a long way off as the rate of vaccination is moving at a snail's pace. As per Wall Street Journal (April 20), the COVAX programme has received only $ 600million in contributions leaving a gap of almost $7.3 billion.

So far, only 49 million doses of vaccines have been delivered, with further demand for $35 billion to $45 billion to immunise all adults. The commitment seems to have been met by Pfizer and AstraZeneca till date, and some low-income countries that have benefitted include Algeria, Malawi and Uganda in Africa, Iran and Iraq in the Middle East and Barbados, El Salvador, and Nicaragua in the Americas. 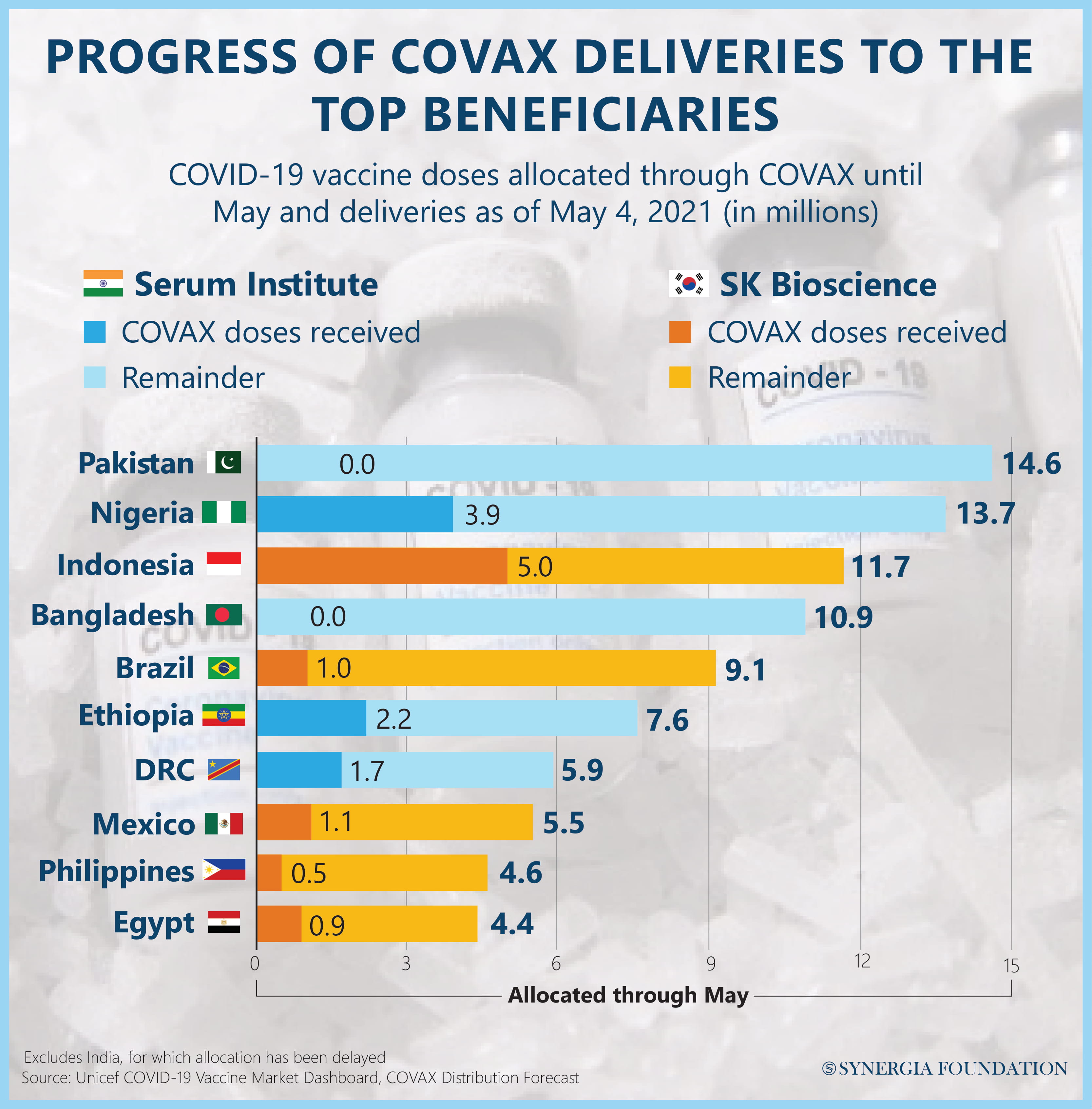 Dr Tedros, the controversial Director-General of World Health Organisation, has criticised the rich nations for "gobbling up" the global vaccine supply by ordering and hoarding many times their genuine requirements. As per Dr Tedros, only 0.3 per cent of the vaccine's shots had gone to poor countries by the end of April, far below what should have been achieved. Not surprisingly, the "vaccine factory of the world", India, is being blamed for a shortfall of more than 190 million doses by the end of June. India has stopped its exports due to a massive spike in infection since late March.

Now UNICEF is pleading to the G7 countries Canada, France, Germany, Italy, Japan, the UK and the U.S., as well as the EU, to donate their surplus supplies urgently. The scarcity can somewhat be made up if G7 countries donate 20 per cent of their supplies in June, July, and August, releasing about 153 million doses for the COVAX programme.

The Indian vaccination drive is floundering due to the sudden and unprecedented rise in infection, making an early completion of the drive a national imperative. Only two Indian companies, Serum Institute of India (Covishield) and Bharat Biotech, licenced by the Indian Council of Medical Research (Covaxin), were originally in the supply chain.

While the Indian vaccine manufacturing scene in the past has been dominated by seven Public Sector Undertakings, the manufacturing licence of only four remains valid. Yet another PSU, Integrated Vaccine Complex, Tamilnadu, which was in the forefront during the Universal Immunisation Programme, also remains defunct. To ratchet up the production now, three PSUs-Haffkine Biopharmaceutical Corporation Ltd, Mumbai, Indian Immunologicals Limited, Hyderabad and Bharat Immunologicals and Biologicals Limited, Bulandshahr have been selected to join the vaccine production. Funds are being invested in Bharat Biotech by the Central Government to double Covaxin production by May-June. The objective is to continue enhancing it with every passing month once its Bangalore and Hyderbad plants are fully operational. SII will increase production from 60-70 million doses a month to 100 million doses a month, possibly by June.

As per government figures, the production of vaccines in India is likely to go up from 1 million doses in April to about 70 million by August and up to 100 million by September. The Indian demand is colossal by any standards – about 700 million doses for over 340 million over 45 plus 600 million for what was given in Phase 1 (Frontline workers) and Phase 2 (senior citizens and comorbid cases over 45). In case children below 18 too have to be vaccinated, then there will be another one billion doses required. Just over 200 million have been vaccinated by 25 May, with about 50 million fully vaccinated. 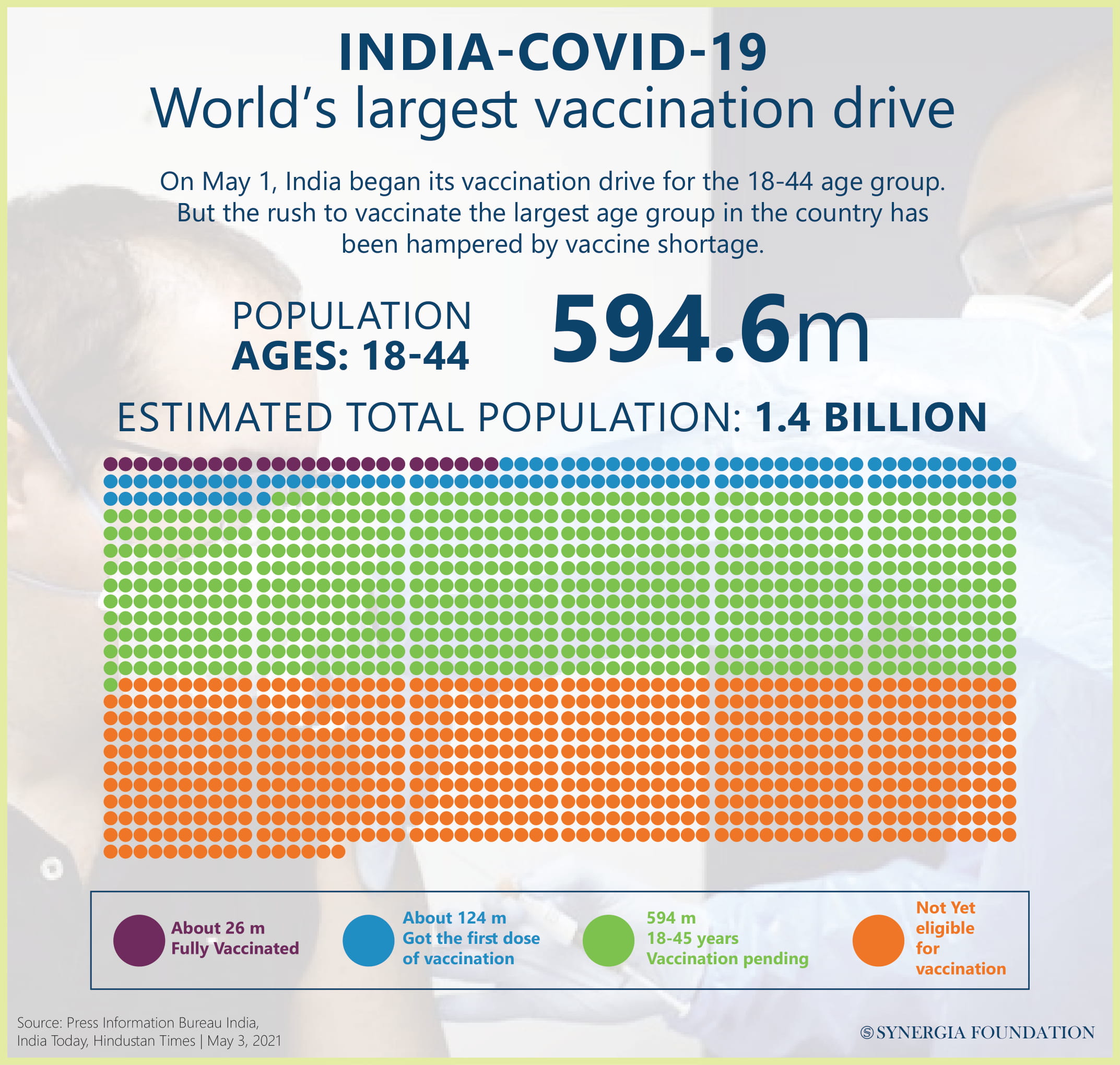 India is in a global search for additional sources and has already reached an agreement with Russia for Sputknik V by Dr Reddy’s Labs (250 million doses contracted for the time being). PfizerBioNTech and Moderna rated as the most efficient so far, even against the new mutations of the virus, have their order books full up to late 2022 and 2023. They are unlikely to make a commitment to India unless the deal is especially lucrative and allows time for setting up additional manufacturing facilities, preferably in India, under relaxed terms and conditions. The Indian government is in talks with Johnson & Johnson to begin clinical trials, which may be fast-tracked to enable them to market finished vaccines by the end of 2021. 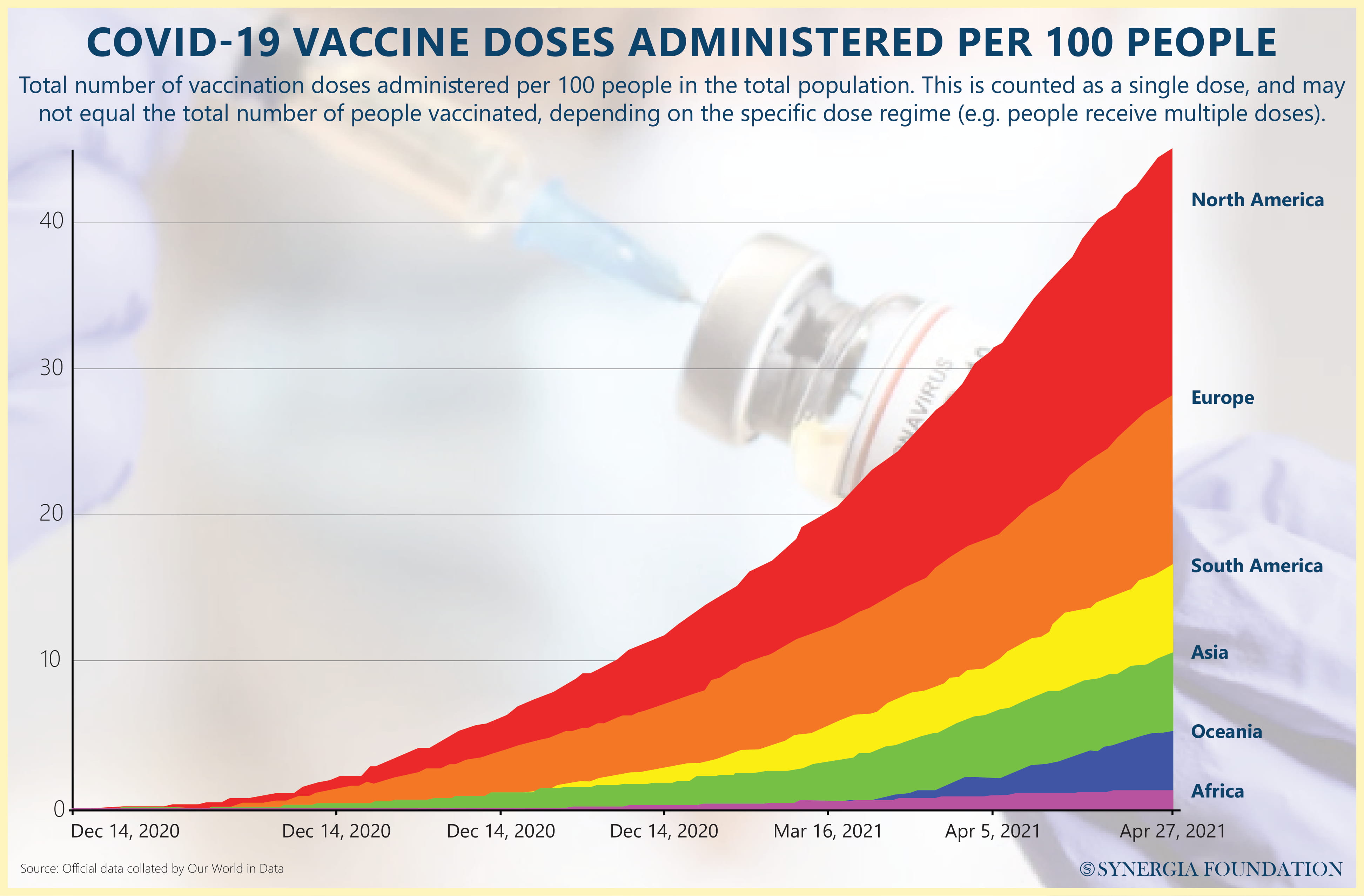 The Indian biotech industry is working hard to come up with new variants of vaccines that are at various stages of development. Covovax (SII and US biotech firm Novovax – by September 1 billion doses per year), Bharat Biotech’s intranasal COVID-19 vaccine BBV154 under a licensing agreement with the Washington University School of Medicine (Phase 1 trials), Zydus Cadila’s three-dose plasmid DNA vaccine, ZyCoV-D (Phase III trials), Hyderabad-based Biological E under development with Baylor College of Medicine in Houston and the US-based Dynavax Technologies (Phase II trials) and Aurobindo Pharma (Phase I trials).