Indicating growing frustration over high prices, Amazon, Berkshire Hathaway and JPMorgan Chase have announced that the three corporate giants will be forming an..

Indicating growing frustration over high prices, Amazon, Berkshire Hathaway and JPMorgan Chase have announced that the three corporate giants will be forming an independent health company. This will reportedly take care of their employees within United States.  This has sparked fears that Amazon will be entering the pharmaceutical industry and disrupt it considerably.

Amazon is an American electronic commerce and cloud computing company that was founded on July 5, 1994. It started as an online bookstore and later diversified to sell various commodities like electrical appliances and apparel. Today, it also produces consumer electronics like the Kindle e-Readers, tablets and more. It’s market value had exceeded $500 billion by July 2017.

Amazon posted earnings for the second quarter of 2017 that fell dramatically short of investor expectations, even as the ecommerce giant boosted revenue 25%. Net sales roles to $38.0 billion in the second quarter. The tech giant reported $43.7 billion in earnings in 2017. This beat market expectations considerably as investors projected earnings of $42.1 billion. The Amazon sales leaped by 34 percent over the previous quarter.

Despite Amazon's sales growth, the firm's profits were nearly flat in 2017. This is because as it ploughed money into tech gadgets, streaming video, data centres and warehouses to support its growing empire. The firm said profits in the three months to the end of September were $256m, up from $252m in 2016. Chief executive Jeff Bezos said the Amazon sales increase was in part down to the growing demand for the firm's smart home products. He said, “In the last month alone, we've launched five new Alexa-enabled devices, introduced Alexa in India, announced integration with BMW, surpassed 25,000 skills, integrated Alexa with Sonos speakers, taught Alexa to distinguish between two voices, and more.”

Jeffrey Preston Bezos is the founder, chairman, and chief executive officer of Amazon.com. He is now the richest person in history. On January 8th 2018, Bezos net worth reached $105.1 billion. He has replaced the old record, which was held by entrepreneur Bill Gates whose net worth had surpassed $100 billion in 1999. 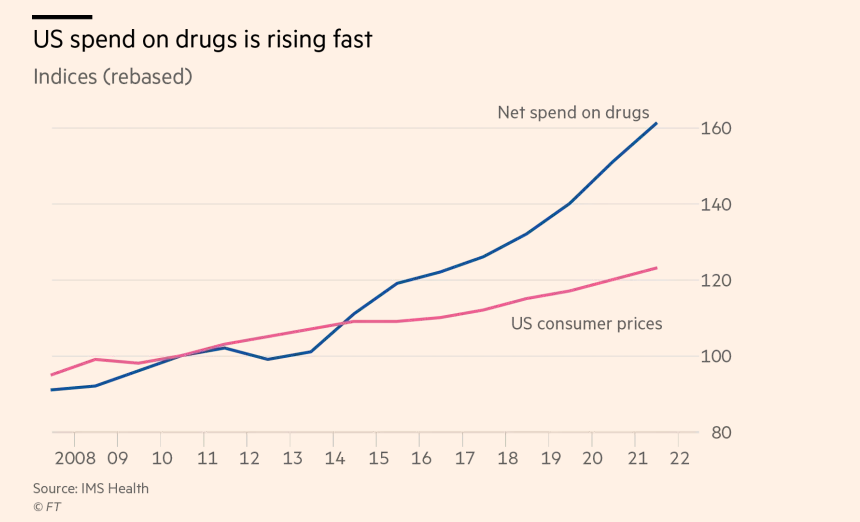 Indicating growing frustration over high prices, Amazon, Berkshire Hathaway and JPMorgan Chase have announced that the three corporate giants will be forming an independent health company. This will reportedly take care of their employees within United States.  This has sparked fears that Amazon will be entering the pharmaceutical industry and disrupt it considerably. The stock market index, Dow Jones, drop by nearly 400 points when the news was announced as other pharma companies began losing value.

"Our people want transparency, knowledge and control when it comes to managing their healthcare," said Jamie Dimon, chairman and chief executive of JPMorgan Chase. "The three of our companies have extraordinary resources, and our goal is to create solutions that benefit our US employees, their families and, potentially, all Americans."

It is unclear presently to what extent, these three corporate behemoths completely restructuring the health care policies they have in place for their employees. The three companies together boast over 500,000 people in their payroll. Bloomberg has reported that this will end up revamping the health care for at least 2.4 million people (workers and their dependents).

In the email, obtained by CNBC, Amazon's HR boss Beth Galetti wrote, “This initiative will take a considerable amount of time, and nothing is changing with our current healthcare offering. We will let you know well in advance of any changes.”

“Amazon, JPMorgan and Berkshire are clearly frustrated by the general inability of employers to do something about healthcare costs,” says Paul Fronstin of the Employee Benefit Research Institution, an independent research organisation focused on healthcare and other benefits. “They’ve had enough, they’re saying ‘we need to do something’, and they clearly think they can do something,” added Fronstin.

Our assessment is that Bezos has over time started new businesses that have resulted in disrupting traditional industries. This could explain the outsized reactions by the stock market. Everything from the sale of fruits and vegetables to cloud computing was scaled up and often this benefitted the company. If Amazon does enter the pharmaceutical market and streamlines the supply chain, this could bring systemic changes in the US health market.