US to sanction Myanmar?

The United States government has revealed that it is considering imposing sanctions on Myanmar for perpetuating "violent, traumatic abuses" on Rohingya Muslims.

The United States government has revealed that it is considering imposing sanctions on Myanmar for perpetuating "violent, traumatic abuses" on Rohingya Muslims.

The Rohingya are an ethnic Muslim minority group from Myanmar’s western Rakhine state. Their origin can be traced back to the 15th century, when thousands settled in Myanmar from Arakan Kingdom. Practicing a variation of Sunni Islam, there are reportedly one million Rohingya in Myanmar. The government of Myanmar has however, refused to recognize them as one of its ethnic groups. They do not get legal protection from the government. The processes for them to get a citizenship is incredibly hard and often impossible. 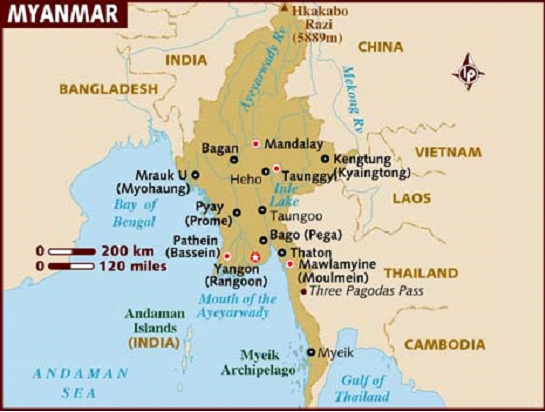 Fresh bout of violence erupted in Myanmar on August 25th, 2017. Around 600,000 Rohingya Muslims fled the region as a direct result of it. In September, Myanmar blocked all United Nations aid agencies from delivering vital supplies of food, water, and medicine to those affected.

UN has described the violence against Rohingya as a “humanitarian crisis”. UN Secretary-General Antonio Guterres said that the violence in the region has "spiraled into the world's fastest-developing refugee emergency, a humanitarian and human rights nightmare." He added, “We've received bone-chilling accounts from those who fled, mainly women, children and the elderly.”

Many of the Rohingya who fled in boats to countries like Bangladesh have died while on the dangerous journey. There are currently around 1 million Rohingya refugees in Bangladesh. The Bangladeshi government has stated that while it wants to facilitate a return of the refugees to Myanmar, it also wants to ensure safe passage. “This is an untenable situation,” Shameem Ahsan, Bangladesh’s ambassador to the United Nations in Geneva, told a U.N. pledging conference. “Despite claims to the contrary, violence in Rakhine state has not stopped. Thousands still enter on a daily basis.”

The Indian government has stated that it would deport Rohingya refugees; a move that has been criticized by human rights groups.

The US government has signaled its intention of possibly imposing fresh sanctions on Rohingya Muslims. A statement from the government says, “We express our gravest concern with recent events in Rakhine state and the violent, traumatic abuses Rohingya and other communities have endured. It is imperative that any individuals or entities responsible for atrocities, including non-state actors and vigilantes, be held accountable."

Heather Nauert, State Department spokesperson has expressed that the country is exploring all mechanism available under the law to ensure a peaceful resolution to Myanmar. Nauert said, “We are exploring accountability mechanisms available under US law, including Global Magnitsky targeted sanctions.”

Benjamin Zawacki, an independent Southeast Asia analyst said that these sanctions may be too little too late. He noted, “Any preventative element of these sanctions has long passed its sell-by date. The only thing left now is the punitive element and it remains to be seen whether they will be felt as such by these generals that have been targeted. If there is in fact no punitive effect on these generals, they [sanctions] need to be strengthened and widened by way of military force projection.”

The country’s de-facto leader, Aung San Suu Kyi has been criticized globally. She has maintained that the military action has only taken place against insurgents and not civilians – a narrative that has been debunked by fleeing refugees. Nobel Peace laureates like economist Muhammad Yunus and Malala Yousafzai have also criticized the Suu Kyi who herself was awarded the Nobel Peace Prize. Yunus said, “I'll put 100 percent of the blame on her because she is the leader. Not only that, verbally she's defending it. She says, 'I don't know why these people are going. No, we don't have atrocities. No, it is Arakanese who are attacking us.' All kinds of things ... She gets all the blame and she's responsible for it, and she has to fix it.”

The last time the United States government imposed sanctions on Myanmar was in 1997 – a period when the country was under military junta rule. Meanwhile, the United Kingdom and Switzerland have pledged additional $24 million as assistance for the Rohingya people who are crossing into Bangladesh

Our assessment is that is one of the most severe humanitarian crisis that South Asia has faced in recent times. Myanmar authorities have so far been on the defensive even as criticism continues to grow across the world. It is likely that a possible threat of economic sanctions could play a role in the current government adopting a softer stance.