US pursues India at WTO

In its latest protectionist move, the US has launched a trade challenge against most of India’s export subsidy programs at the World Trade Organization (WTO), after..

In its latest protectionist move, the US has launched a trade challenge against most of India’s export subsidy programs at the World Trade Organization (WTO), after US President Donald Trump threatened to impose disciplinary duties on countries that export more to the US than they import from it.

This latest dispute significantly provided that the Trump administration has frequently criticized the Geneva-based WTO on numerous accounts. The WTO was created in 1995 and hears disputes between countries over trade and creates fundamental principles of a global multilateral trading system.

The WTO is the only international organization handling the regulations of trade between countries. WTO’s agreements are negotiated and signed by most of the trading nations around the world and approved in respective parliaments. The organization’s primary objective is to make sure that trade flows as predictably, effortlessly, efficiently, and freely as possible, across nations.

The WTO has many roles such as operating as a global system of trade rules. It assists in negotiating trade agreements and settles trade disputes between its members and it supports the needs of developing countries, when required. All important decisions are made by the WTO's member governments, comprising of ministers or by ambassadors or delegates.

In February, US president Donald Trump faced controversy for pushing to change the WTO, stating that the organization is exploiting the American economy and businesses. He added that the WTO is the reason for the economic emergence of China as a global economic power, declaring that his government is working to change this. 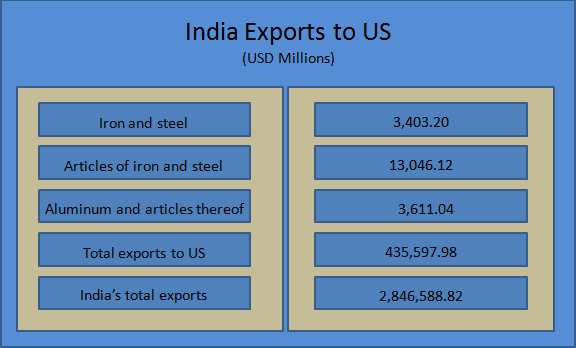 The US launched the challenge against India’s export subsidies, arguing that the programs give Indian companies an unfair advantage. "These export subsidy programs harm American workers by creating an uneven playing field on which they must compete," said Robert Lighthizer, US Trade Representative (USTR).

"USTR will continue to hold our trading partners accountable by vigorously enforcing US rights under our trade agreements and by promoting fair and reciprocal trade through all available tools, including the WTO," added Lighthizer.

The programs listed in the statement are:

According to the statement, through these programs, India offers exemptions from a number of duties, taxes and fees; it decreases import liability and assists several Indian exporters including producers of steel products, pharmaceuticals, chemicals, information technology products, textiles, and apparel. The USTR has calculated the profits made by Indian exporters at over US$7 billion per year from these programs, said the statement.

In early March, President Trump caused a global trade war after he imposed tariffs on imported steel and aluminium. This triggered severe reactions globally, including in the European Union, who threatened to introduce a retaliatory tariff on American export products. The tariffs on metal are seen to have little impact on India as it is only a minor exporter of metals to the US. However, this challenge on several Indian export incentives would create a keen reaction from the Indian government.

The USTR pointed out that the WTO allows a number of developing countries, like India, to propose export subsidies till they match up to a defined economic benchmark. The provisions allow export incentives to be given by nations where gross national income per capita is less than US$1,000 per annum at the 1990 exchange rate. The incentives are given only to a sector that has a share of less than 3.25% in global exports. The USTR believes that India exceeded the benchmark in 2015 and its exemption has expired. However, India has not withdrawn its export subsidies, it alleged. If the US and India do not come up with a settlement on these via consultations, the US will likely apply for a WTO dispute settlement panel to review the matter.

The WTO is the authority of international trade disputes for member countries such as India and the US.  According to the data on the WTO website, India has been or is involved in over 170 WTO disputes - in 23 as the complainant, in 24 as the respondent and in over 125, India has had third party involvement. Sixteen of these involve the US, next only to the 20 disputes with the European region.

Our assessment is that the complaint against India shows that the USTR sees the WTO dispute-settlement body as a viable source to ensure fair trade practices for US exporters. This action by the US points out that President Donald Trump may impose new import tariffs in the near future. The US is trying to get a WTO order that will force India to discontinue these programs rather than responding to them through counter measures. The move could be a response to the recent tariff increases in India’s union budget. Although India is still below bound duties, the increases have considerably impacted US exports to India. However, the case is not expected to alter the long-term trajectory of bilateral trade partnership.

The US has also proposed WTO reforms that would punish members for violating basic rules, mainly targeted at China. It is also considering imposing tariffs on billions of dollars in Chinese imports, particularly in the tech and telecommunications sector. This shows that intensifying trade relations will arise between the US and two of Asia’s largest economies.