US President Donald Trump has embarked on an 11-day trip to Asia during which he will visit Japan, South Korea, China, Vietnam and the Philippines. What will be his main..

US President Donald Trump has embarked on an 11-day trip to Asia during which he will visit Japan, South Korea, China, Vietnam and the Philippines.

What will be his main agenda as he travels across Asia and where is he likely to falter?

Images of Asia had taken root in American popular culture and consciousness, due to the influence of Indian and Chinese trade in the late 1700's and later at the turn-of-the-century with the forced annexation of the Philippines in 1898. A cornerstone of former President Barack Obama’s foreign policy agenda with Asia was the Trans-Pacific Partnership. TPP was negotiated in 2015 by nations including the US, Japan, Malaysia, Australia, New Zealand, Canada and Mexico. Its aim was to strengthen economic ties and boost growth, including by reducing tariffs. It also included measures to enforce labor and environmental standards, copyrights, patents and other legal protections. A China-led free trade deal named the Regional Comprehensive Economic Partnership (RCEP) will receive a boost with the end of the TPP. Japan has already said that it intends to focus on the RCEP if the TPP fails. US President Donald Trump was repeatedly critical of the TPP and pulled out of the partnership. Trump has also encountered problems in some of his earlier foreign visits in 2017. 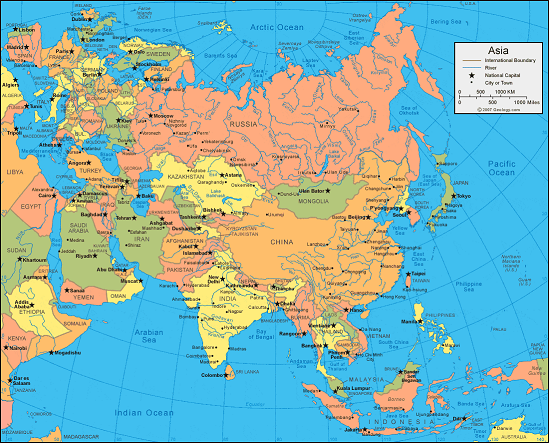 US President Donald Trump has embarked on an 11-day trip to Asia during which he will visit Japan, South Korea, China, Vietnam and the Philippines. This is the longest ever official visit that has been conducted by a US President so far. Here’s what Trump is likely to focus on during this visit:

The biggest problem that Trump will look to address is the increased threat posed by the North Korean nuclear program. In the recent months, Trump has threatened to “totally destroy” North Korea and referred to the nation’s leader Kim Jong Un as “Rocket Man.” He said, “If the righteous many do not confront the wicked few, then evil will triumph. Rocket man is on a suicide mission. The United States has great strength and patience, but if it is forced to defend itself or its allies, we will have no choice but to totally destroy North Korea.” North Korea has conducted its sixth nuclear test. It has threatened to target Guam, which is a US territory. It has flown missiles over Japan and called it the first step to its Pacific operations. This has caused alarm in the international community. Despite harsh sanctions from the UN, North Korea has refused to back down. Trump will be discussing this problem with South Korea and Japan.

With the demise of the TPP, there have been increased fears that the US plans on reducing its footprint in Asia-pacific region. This was further supported by Trump’s protectionist rhetoric. Even though Trump has said that he is in favor of bilateral trade deals to replace that accord, Japan and other Asian countries are reluctant to open negotiations. “When the region looks at Trump, they see uncertainty, they see unpredictability, they see a stepping back from key agreements like TPP,” said Evan S. Medeiros, a former senior adviser on Asia to President Barack Obama. “Asian policymakers have a really hard time understanding if he has a coherent strategy.” Medeiros however added, “Nobody in Asia can afford to alienate the American president, as unreliable and distasteful as he and his policies may be.” It is unclear if Trump has any new specific initiatives he has in mind.

Trump has often complained about trade agreements between US and China, which he has deemed unfair to the US. He has also blamed China for not aggressively countering North Korea and also for US debt. His visit to China would be pivotal to the relations between the two countries. Chinese President Xi Jinping has become one of the most powerful leaders in China’s history and his influence is growing globally.

This is a long trip and Trump has often faltered during foreign visits. Diplomats in Asia are likely going to be concerned over the US President’s rhetoric and demeanor. "Among government officials, there are going to be a lot of white-knuckles and held breath throughout the two days of his time in South Korea," Scott Snyder, a scholar at the Council on Foreign Relations, a think-tank, told Al Jazeera.

Our assessment is that this is going to be a particularly taxing visit for the US President. He will have to juggle multiple agendas and address major security concerns while dealing with regions that are culturally different from the West. If he gets distracted by the ongoing Russian investigation, then it will cause further problems.