Taliban fighters have attacked Ghazni, a strategic province in east Afghanistan, leaving 39 fighters and 14 soldiers killed in the clashes. The Taliban are a militant group who have resiliently held on to rural terrain and managed to conduct repeated high-profile attacks in Kabul and other cities. Its leaders have created an organizational structure..

Taliban fighters have attacked Ghazni, a strategic province in eastern Afghanistan, leaving 39 fighters and 14 soldiers killed in the clashes.

The Taliban are a militant group who have resiliently held on to rural terrain and managed to conduct repeated high-profile attacks in Kabul and other cities. Its leaders have created an organizational structure in which the top echelons provide strategic guidance and oversight, while military and political officials in the field make operational and tactical decisions. The Taliban has also managed to retain some organizational cohesion, despite the loss of two leaders in the past few years.

Yet the Taliban has faced serious setbacks. After temporarily seizing the northern city of Kunduz in September 2015, the group lost control of it within days, as U.S. and Afghan forces rallied to take it back. In 2016, the Taliban put pressure on several provincial capitals, at times simultaneously, but could not overrun any of them. In 2017 it failed to mount a sustained threat against any provincial capital.

Landlocked and mountainous, Afghanistan is one of the most unstable nations in the world. Much of its economy and its infrastructure are in ruins and the nation relies heavily on foreign aid. The region is home to multiple terror groups such as ISIS, Taliban, al Qaeda and Daesh. This chronic instability has forced many citizens to become refugees. The region is plagued by multiple terror attacks. In 2016, 4,561 people were killed by terrorists in Afghanistan. There were 1,340 terrorist attacks that year alone.

Ghazni is a city in Afghanistan with a population of nearly 150,000 people. It is located in the central-east part of the country. It is a trading and transit hub in central Afghanistan. In 2013, ISESCO declared Ghazni the year's Islamic Capital of Culture. 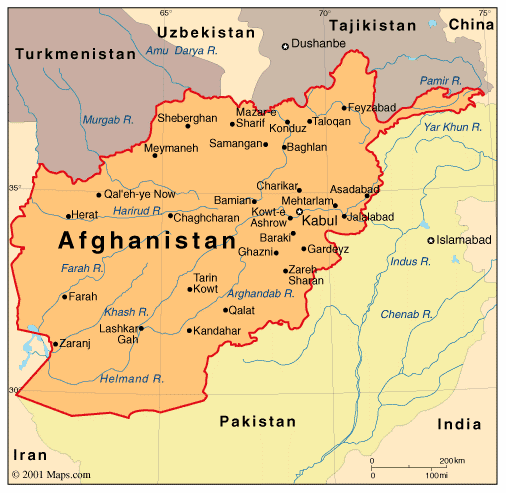 Taliban insurgents entered the south-eastern Afghan city of Ghazni before dawn on Friday, and within hours they claimed to have much of the provincial capital under their control. This is said to be the insurgents’ most important strategic gain in years.

Witnesses and health officials fear the casualty toll would be high. Zahir Shah Nikmal, head of the provincial department of public health, said 16 bodies and 40 wounded people had been brought to hospitals so far. Almost all were members of the security forces.

Government officials denied the city had fallen, but they conceded that the insurgents were within 300 yards of the governor’s office and police headquarters. Defence Ministry spokesman Mohammad Radmanish later said the army supported police and the city was now under control of government forces. However, it remains unclear how much of Ghazni was under government control as residents said they could still hear heavy gunfire and rockets.

The American military said it had sent helicopters to support Afghan troops in Ghazni, and that it had carried out one airstrike, using a drone. Afghan forces “held their ground and maintain control of all government centres,” said Lt. Col. Martin L. O’Donnell, a spokesman for the American military in Afghanistan. “This is yet another failed Taliban attempt to seize terrain, which will result in yet another eye-catching but strategically inconsequential headline,” he added.

While the battles in Farah and Kunduz, the northern city seized by the Taliban in 2015, were dramatic demonstrations of Taliban’s resilience, both cities are relatively remote. However, Ghazni is closer to the capital and located on the main road linking Kabul and Kandahar, Afghanistan’s second-largest city.

The Taliban and the government of President Ashraf Ghani are expected to soon announce unilateral cease-fires to coincide with the three-day commemoration this month of the Muslim festival of Eid al-Adha. Similar cease-fires in June prompted stunning scenes across Afghanistan of fighters from the rival forces embracing each other and snapping selfies. Attempting to harness the goodwill generated by the June truces to advance a nascent peace process, U.S. officials last month met directly with Taliban officials in Doha, the capital of the Gulf state of Qatar.

Our assessment is that the Ghazni assault comes at a critical stage in the Afghan war when President Ashraf Ghani and the US have been trying to persuade the Taliban to enter into peace talks. We feel that the attack on the strategic city, which straddles the main route between the capital Kabul and southern Afghanistan, has demonstrated the Taliban's strength.