Russia vetoed a resolution to extend the UN's probe into chemical weapons attacks in Syria on Tuesday, saying the push for a vote ahead of the body's latest..

Russia vetoed a resolution to extend the UN's probe into chemical weapons attacks in Syria on Tuesday, saying the push for a vote ahead of the body's latest report "stinks." Eleven members voted in favour, two voted against the resolution. The two - including China - abstained from the vote to extend the mandate of the Joint Investigative Mechanism (JIM) by a year.

Russia has supported the internationally recognised government of Syria since the beginning of the Syrian conflict in 2011: politically, with military aid, and since 30 September 2015 also through direct military involvement. The latter marked the first time since the end of the Cold War that Russia entered an armed conflict outside the borders of the former Soviet Union.

On 11 June 2013, President Vladimir Putin acknowledged that President Assad's not undertaking any "reform" had led to the current situation in Syria. He stated on Russian state media that: "Syria as a country was rife for some kind of change. And the government of Syria should have felt that in due time and should have undertaken some reform. Had they done that, what we're seeing in Syria today would have never happened."

On 26 June 2013, the Deputy Russian Foreign Minister said that the small Russian naval base at Tartus has been evacuated. Mikhail Bogdanov stated that: "Presently, the Russian Defense Ministry has not a single person stationed in Syria. The base does not have any strategic military importance".

On 9 September 2013, responding to U.S. threats of strikes against Syria in response to use of chemical weapons in Syria, Russian Foreign Minister Sergey Lavrov issued a proposal intended to avert a U.S. attack, with provisions including Syria's placing its chemical weapons under international control and their subsequent destruction.

On 12 September 2013, The New York Times published an op-ed by Vladimir Putin urging the United States to avoid unilateral military action and work with international cooperation in support of a negotiated solution to the Syrian conflict. 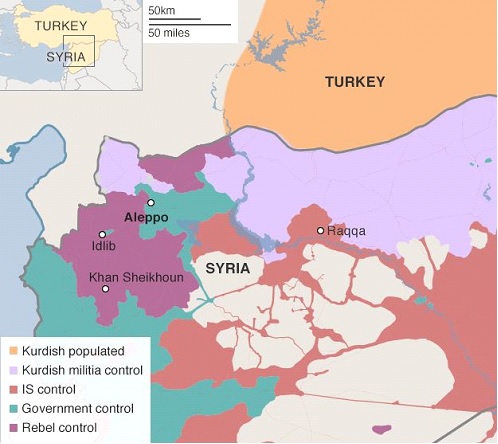 Russia opposed renewing the mandate of the joint UN-Organisation for the Prohibition of Chemical Weapons (OPCW) panel before it releases a report on a sarin gas attack in Khan Sheikhun expected on Thursday. Britain, France and the United States have accused President Bashar Assad’s forces of carrying out the April 4 attack on the opposition-held village, killing scores of people, including children.

It was the ninth time Russia has used its veto power at the Security Council to block action targeting its Syrian ally.

After Russia cast its veto, US Ambassador Nikki Haley said Moscow was “once again” siding “with the dictators and terrorists who use these weapons.”

“Russia has once again demonstrated it will do whatever it takes to ensure the barbaric Assad regime never faces consequences for its continued use of chemicals as weapons,” Haley said in a statement.

China and Kazakhstan abstained from the vote, Bolivia joined Russia in voting against and 11 other countries backed extending the mandate.

The panel, known as the Joint Investigative Mechanism (JIM), was set up by Russia and the United States in 2015 to identify the perpetrators of chemical attacks in Syria’s six-year war.

Its mandate was renewed last year by the council, which must decide on a further renewal by November 17.

Russia failed at the opening of the meeting to garner enough support for a motion to delay the vote until next month.

Russian Ambassador Vassily Nebenzia said the veto did not mean that the investigation was shut down. He added that Moscow would seek to amend the panel’s mandate to ensure it is impartial. “We did not close the JIM. We simply did not take a decision on extending it today,” he said. “We will return to it.”

Britain, France and the United States agreed that another vote could be held in the coming weeks to allow the JIM to continue its work.

Nebenzia accused the United States and its partners of seeking a vote on the measure “to show up and dishonour Russia.” “What is taking place today is not very pleasant,” said Nebenzia. “It stinks, in fact.” “We are seeing a well-rehearsed spectacle, which only strives to show up and embarrass one country,” he added.

In a statement released in Moscow, the Russian foreign ministry insisted that it had the right to study the upcoming report before making an assessment and accused the United States of trying to “impose its position.”

A resolution requires nine votes to be adopted at the council, but five countries — Britain, China, France, Russia and the United States — can block adoption with their veto power. 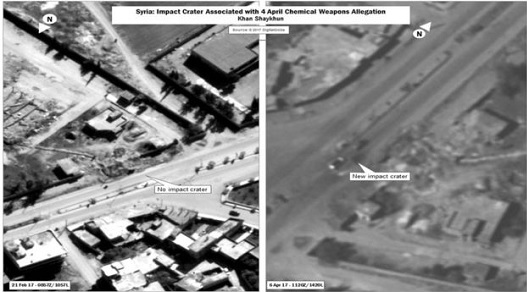 More than 87 people died in the nerve gas attack in Khan Sheikhun that drew global outrage and prompted the United States to fire cruise missiles at a Syrian air base from which the West says the assault was launched.

Last month, UN war crimes investigators said they had evidence that the Syrian air force was behind the attack, despite repeated denials from Damascus.

Russia maintains that the sarin attack was most likely caused by a bomb set off directly on the ground, not by a Syrian air strike as alleged by the West. While the OPCW has established that sarin was used in the April attack, it does not have a mandate to assign blame, leaving that determination to the JIM.

The JIM has already concluded that Syrian government forces were responsible for chlorine attacks on three villages in 2014 and 2015, and that the Islamic State group used mustard gas in 2015.

The OPCW is reviewing more than 60 cases of alleged chemical weapons use in Syria, including a recently-uncovered sarin attack on an opposition-held village on March 30. 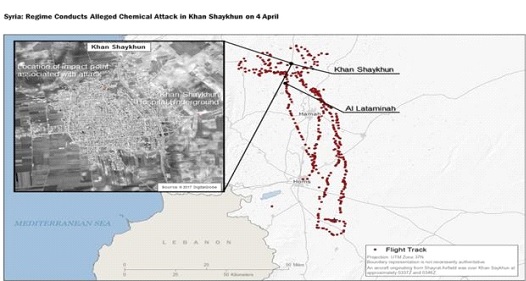 Our assessment is that Russia has made a reasonable proposition that the JIM must table their report, have substantive discussions and then vote for an extension. The Russians have been forthright in asking for the report to be published. We feel that the US must make an objective assessment of the situation before denouncing the Syrians.