In November 2017, Syria has become a signatory of the Paris climate agreement. This has left the US as the only country in the world not to support the framework deal to..

In November 2017, Syria has become a signatory of the Paris climate agreement. This has left the US as the only country in the world not to support the framework deal to combat greenhouse gas emissions.

The Paris Agreement is an agreement within the United Nations Framework Convention on Climate Change (UNFCCC) dealing with greenhouse gas emissions mitigation, adaptation and finance starting in the year 2020. As of October 2017, 195 UNFCCC members have signed the agreement, and 169 have become party to it. The Agreement aims to respond to the global climate change threat by keeping a global temperature rise this century well below 2 degrees Celsius above pre-industrial levels and to pursue efforts to limit the temperature increase even further to 1.5 degrees Celsius.

America is the world's second largest carbon emitter. The Paris deal was signed to cut down global warming. US was one of the 147 out of 197 countries to have ratified the accord which entered into force last November. US President Donald Trump has previously called global warming a hoax and refused to accept the accord at the summit of the G7 group saying that he needed more time to decide. He wanted to cut the climate deal during his presidential campaign as he considered it bad for the US business since it allowed the foreign bureaucrats to decide how much energy US should use. In June 2017, he faced global outrage when he announced he would withdraw the United States from the agreement.

US withdrawal from the deal would have serious implication as the deal depends greatly on the commitment of the big polluter nations to cut down carbon emission that has been leading to rising sea levels and climate temperature. 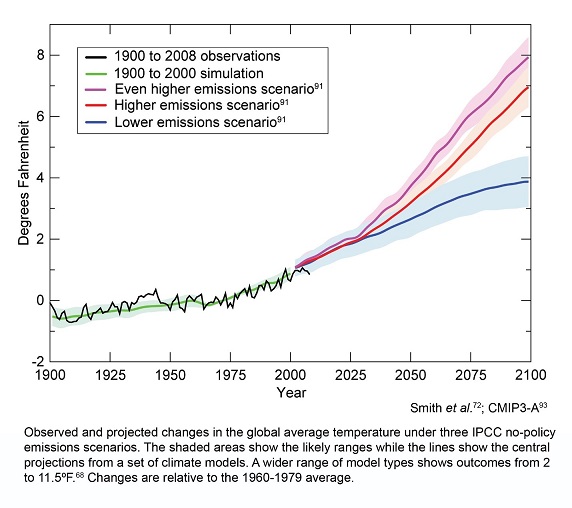 In July 2017, world leaders wrapped up the G20 summit by releasing a statement that condemned US’ decisions to withdraw from the Paris agreement. The final statement read: “We take note of the decision of the United States of America to withdraw from the Paris agreement.” But it also added a stern reminder that all other G20 members had reaffirmed the agreement as “irreversible.” At the time only Syria, which is in the midst of armed conflict and Nicaragua were the only two nations that had not ratified the agreement.

In October 2017, Nicaragua made the announcement that it was all set to join the agreement. The nation’s vice-president, Rosario Murillo said, “It is the only instrument we have in the world that allows the unity of intentions and efforts to face up to climate change and natural disasters.” Incidentally, Nicaragua witnesses a number of devastating hurricanes every year.

In November 2017, Syria has become a signatory of the Paris climate agreement. This has left the US as the only country in the world not to support the framework deal to combat greenhouse gas emissions.

"I confirm that the Syrian Arab Republic supports the implementation of Paris climate change accord, in order to achieve the desired global goals and to reflect the principles of justice and shared responsibility, but in accordance with the capabilities of each of the signatories," Syria's Deputy Minister of Local Administration and Environment M. Wadah Katmawi said. He added that developed countries, "in their capacity as the primary contributors to climate change, should live up to their legal and humanitarian responsibility" by offering technical and financial support to developing countries to help battle climate change. Syria had not been present in 2015 for negotiations that took place regarding the Paris accord as the nation was dealing with a civil war, which continues to this day. Even though Trump has withdrawn the US from the Paris accord, mayors and governors throughout the US have vowed to carry on the commitments of the climate accord in their own jurisdictions.

The island country of Fiji will preside over the next round of UN climate talks, from 6-17 November in Bonn, Germany, where environment ministers from around the world will work on a set of international guidelines for the Paris accord.

Our assessment is that US’ withdrawal from the Paris accord has become all the more conspicuous with Syria announcing its intent to join the agreement. The latest development also shows that most world leaders have begun to realize the serious implications of climate change and the threat it poses not only to humanity but all life on Earth.