After days of political intrigue sparked by the collapse of the ruling Centre-Left coalition in Italy, the former Chief of the European Central Bank (ECB) Mario Draghi has been sworn in as the new Prime Minister. He takes over the reins of the country at a time when it is reeling from the COVID-19 pandemic and a crippling economic recession.

For now, he has managed to stitch together a unity government that is backed by most of the mainstream parties in Italy. Given the politically fractious environment, however, there are concerns that this regime may be short-lived. After all, it is the third government to come to power in less than three years. Moreover, the country’s history with technocratic heads of state has hardly been encouraging.

A case in point is the 2011 government of economist Mario Monti, who had been brought in to address the sovereign debt crisis. While it had initially enjoyed a groundswell of public support, this had plummeted quickly when harsh austerity measures were put in place.

Therefore, despite the strong mandate enjoyed by the Draghi government, the spectre of political instability will continue to haunt it. Reconciling the conflicting priorities of different political parties is always a challenge for unity governments that lack their own support base.

Italy has a poor track record of sustaining coalition governments, and the latest episode has been the collapse of a ruling coalition headed by Giuseppe Conte. A disagreement over the spending of EU-supplied COVID-19 recovery funds had caused the Italia Viva party to pull out of this alliance, effectively stripping the government of a majority in the Senate.

The incumbent President Sergio Mattarella had attempted to strike a compromise between the different parties in the fray, but to no avail. Finally, as a pro tem measure before the next election, he appointed Mr. Draghi as the Prime Minister, charging him with the task of navigating the country through this pandemic.

This decision was supported by a rainbow coalition, ranging from the populist Five Star Movement and the far-Right League to the Centre-Left Democratic Party and the liberal Italia Viva. The only notable exception was the right-wing Brothers of Italy led by Giorgia Meloni. 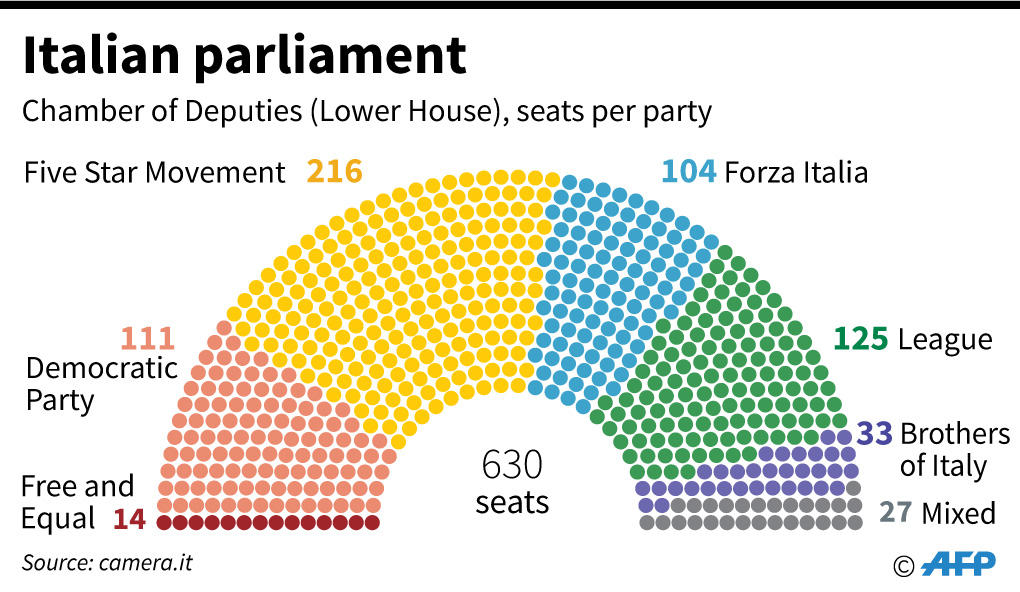 As he assumes the mantle, Mr. Draghi finds himself at the culmination of a long and glittering career as an economist, widely acclaimed in Italy and across the world. Having served as the former Governor of the Bank of Italy and former Chief of the ECB, his robust track record is considered an asset in these difficult times.

Indeed, he is credited with single-handedly salvaging the European currency at the height of the sovereign debt crisis, a feat that had earned him the affectionate moniker of ‘Super Mario’. As can be recalled, he had famously pledged to do whatever it takes to save the Euro, even as many European countries were experiencing the collapse of financial institutions and high government debt. In spite of facing pushback from certain states like Germany, he had been able to push interest rates into negative territory during his stewardship of the ECB, effectively stimulating the Eurozone economy.

Such political resolve and economic intervention will be critical today, as he prepares to rescue Italy from one of its worst crises since World War II. It is no surprise, therefore, that former Prime Minister Matteo Renzi has dubbed Mr. Draghi as ‘the Italian who saved Europe’ and ‘the European who can save Italy’.

Unlike the previous technocrat-headed government of Mr. Monti, Mr. Draghi assumes office from a position of strength. Apart from boasting of one of the largest political majorities in the country’s history, he has the leeway to spend an estimated €200 billion in grants and loans. Indeed, the scale of the pandemic-induced recession has been such that the EU has suspended its budget rules and approved the largest spending package ever. This is a far cry from the austerity-related cuts that Mr. Monti had to implement during his tenure.

This is not to say that the road to recovery will be a smooth one. The current recession has only served to underscore the deep-rooted structural problems of the Italian economy. Even before the onset of the pandemic, the country had not fully bounced back from the 2008 global financial crisis. With an increase in public spending over the last year, the government's debt-to-GDP ratio had soared to new heights. If the Draghi administration is to stand any chance of fortifying the economic foundations of the country, broad-based structural reforms will have to be initiated. 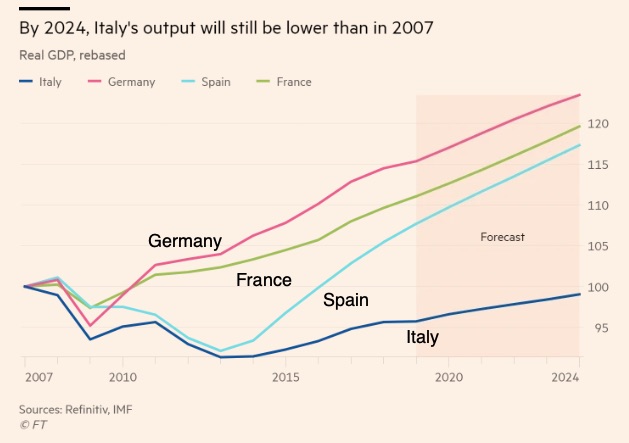 Mr. Draghi has already laid out a vision for ambitious fiscal and bureaucratic overhauls in his first speech as Head of Government to the Italian Senate. Health, jobs, business, schools, and the environment have been identified as key areas for channelling public spending and sustaining high levels of debt. He has also endorsed a more integrated European Union, terming the choice of Euro as “irreversible”.

Against the backdrop of a notoriously divided political milieu, however, the devil will lie in the details of this economic recovery plan. It would behove the incoming administration to learn from the fate of the previous government and find ways to build a political consensus on spending the EU relief package.