In a decisive departure from the heavy-handedness of the Trump regime, President Joe Biden has waived sanctions on Nord Stream 2 AG, a company involved in the construction of the 1,230 km-long gas pipeline from Russia to Germany. Despite engaging in what the U.S. State Department terms as ‘sanctionable activity’, this exemption has been extended to include the firm’s chief executive Matthia Warnig, a former East German intelligence officer with close ties to Russian President Vladimir Putin. The lifting of these penalties has been touted to be in the larger national interest of the United States, as it demonstrates the Biden administration’s commitment to energy security in Europe. However, it is unlikely to go down well with domestic and international critics, who perceive the pipeline as a geopolitical project that deepens Europe’s fuel dependence on Moscow and strengthens Putin’s position. 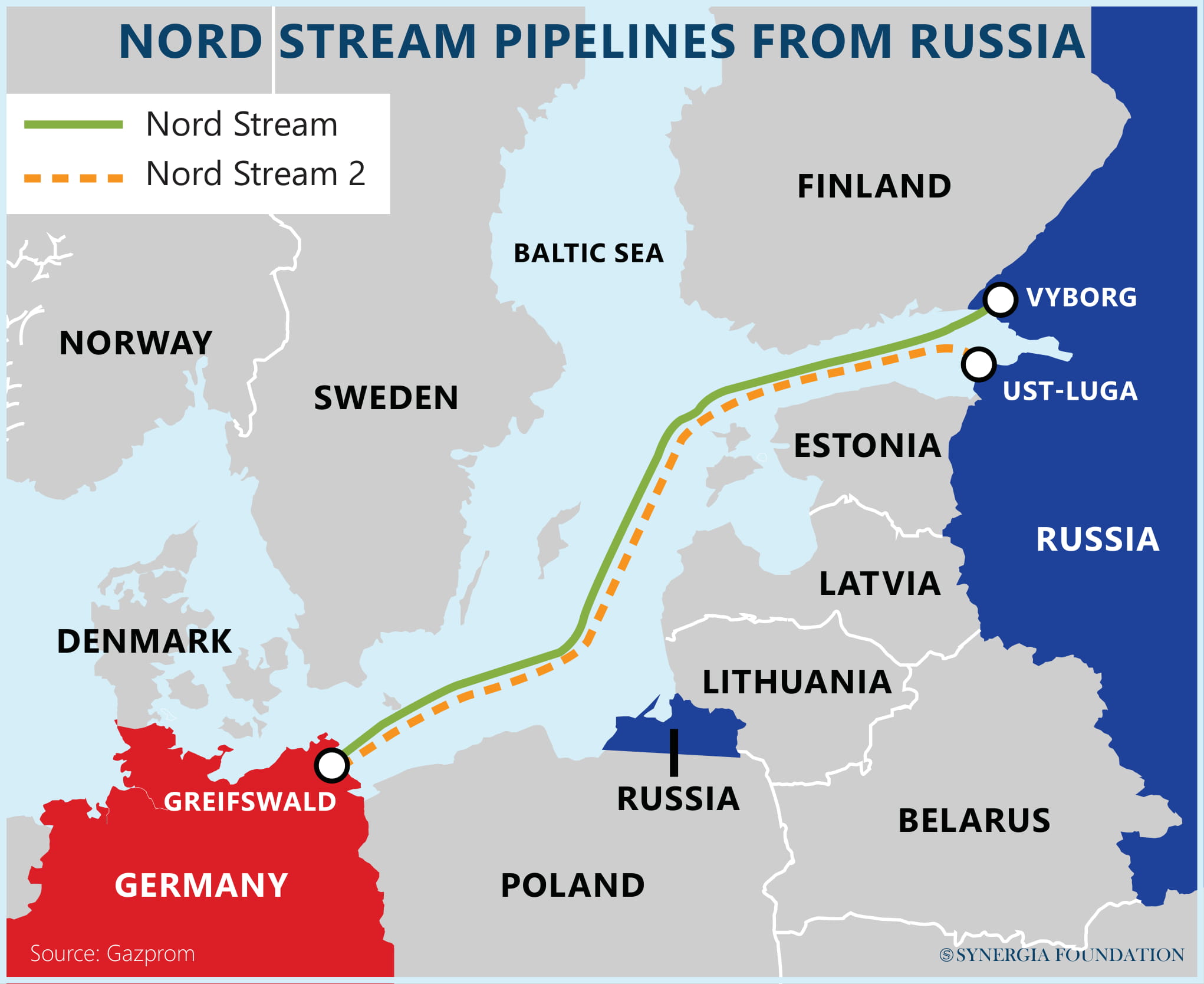 Since its very inception, the Nord Stream 2 gas pipeline, which doubles the capacity of extant channels funnelling natural gas from Russia, has polarised the global community. While some have heralded it as a panacea for European energy stability, others have critiqued it as a ‘strategic weapon’ for Moscow. Although President Biden and his Secretary of State Anthony Blinken have traditionally belonged to this latter camp, they have now recalibrated their approach. They are keen to strike a compromise with the combative German Chancellor Angela Merkel, who has been a vocal supporter of the pipeline. The new administration is also seeking to forge closer cooperation with its European partners, as bilateral ties had considerably frayed during the Trump era.

Germany is not only one of the most robust economies in Europe, but a critical lynchpin in combating climate change and the COVID-19 pandemic. It can also play a vital role in coordinating strategies to counter China’s global ascendancy. As the Nord Stream project has already neared completion, the realist in President Biden has recognised that the extension of penalties would be redundant.

For Berlin, the Nord Stream 2 pipeline is essentially a commercial project that addresses declining gas production in Europe. It also allows its economy to transition out of nuclear and coal-powered energy generation as part of its ‘Energiewende’ project, even while supplementing intermittent sources of renewable energy. At the same time, the European Union has indicated plans to abandon natural gas by 2050 as part of its efforts to become carbon neutral. Germany has also inched closer to a carbon-friendly grid.

In light of this reality, there seems to be an implicit understanding in Washington that Moscow’s leverage over European energy requirements may be short-lived. Furthermore, countries like Norway, Qatar, and parts of Africa continue to supply gas to large swathes of Western Europe. Hedging its bets on this integrated and competitive energy market, the Biden administration has opted to build bridges with Germany. 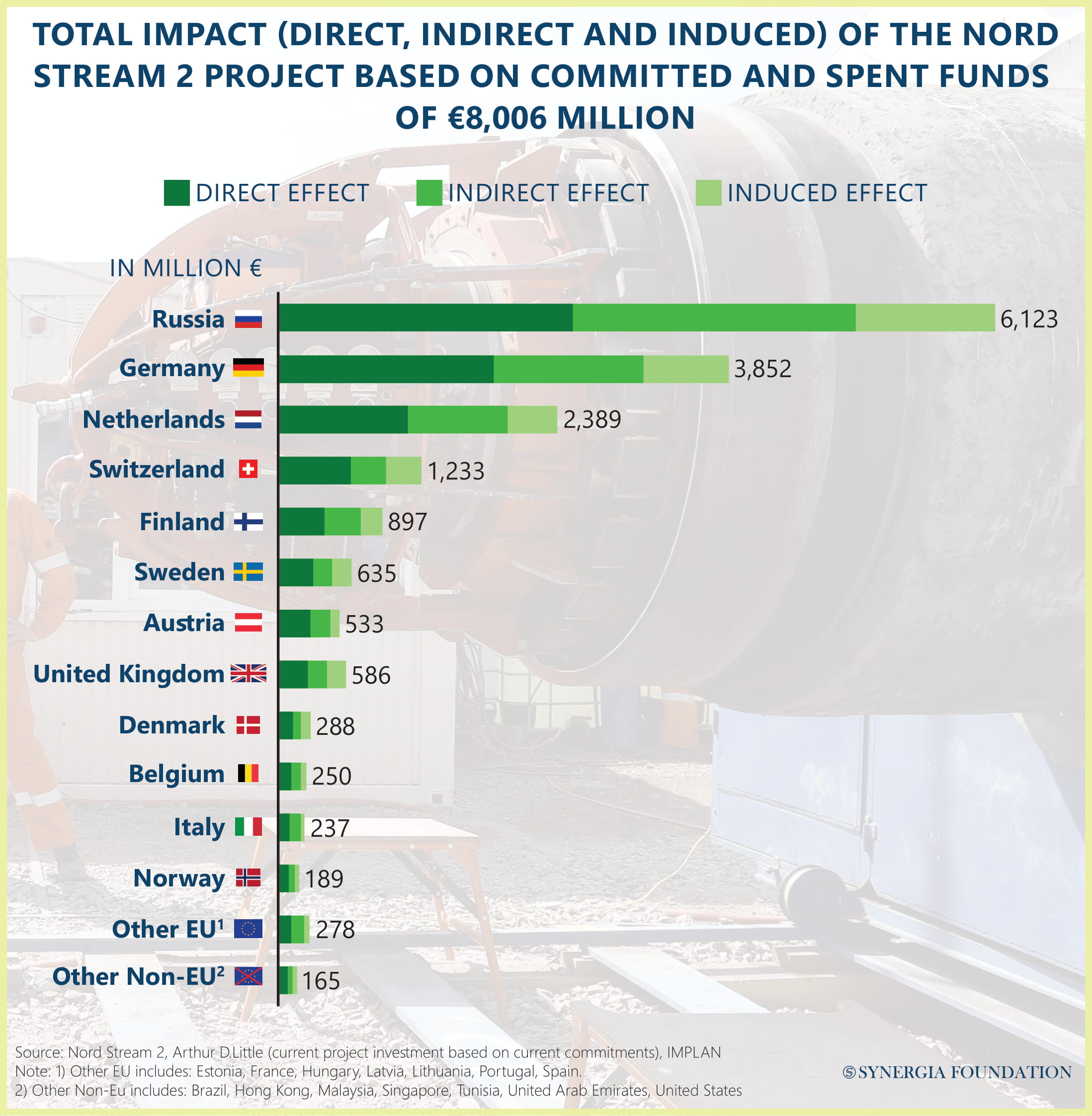 NOT EVERYONE IS HAPPY

Irrespective of the rationale employed, this waiver threatens to undermine America’s relations with other European allies. Countries like Ukraine, Poland, Slovakia, and Sweden have pointed out that the pipeline will strengthen Russia’s energy monopoly, allowing it to cut critical gas supplies when relations with Europe turn sour. For Ukraine, in particular, the prospects are extremely concerning.

Given that the pipeline bypasses its territory and deprives it of crucial transit revenues, it stands to lose its position as an essential player in the energy ecosystem. This, in turn, renders it more vulnerable to Moscow’s military adventurism. Kyiv would consider this a betrayal, as the White House had pledged “unwavering support” for Ukrainian sovereignty only recently, amidst the ongoing border-standoff in the eastern Donbas region. Even in Germany, the pipeline does not enjoy unanimous support.

While the Christian Democrats and the Social Democrats have backed this project, the Green Party has emerged as a principal detractor, owing to climate protection concerns. Similarly, the Free Democrats have pushed for a suspension of the construction, citing alleged human rights violations by Russia as well as the unresolved Crimean conflict.

Predictably, the waiver of Congress-mandated sanctions has triggered a political storm in the U.S. Cutting across party lines, several lawmakers have condemned the decision as an “affront to Constitutional prerogatives”. Timed just before the Biden-Putin summit, it is feared that the waiver will further encourage Moscow’s “malign influence project” and enrich Russian coffers without any ostensible gains for the American side.

In any case, the trajectory of Washington’s relations with Moscow has been a sensitive subject in Capitol Hill. Bilateral tensions have been high, amidst allegations of Russian involvement in cyber-attacks against critical infrastructure in America. Only recently, a major oil pipeline on the U.S. East Coast had been the target of a ransomware attack, believed to have been perpetrated by hackers based in Russia. In this context, the waiver of sanctions on the Nord Stream project has not been good for domestic optics.

There is also a commercial angle to this controversy. Given that liquified natural gas produced in the U.S. is more expensive than Russia’s pipeline gas, there are concerns that Washington may lose its export business to Europe. Therefore, in an attempt to appease industrial lobbies as well as domestic constituencies, the Biden regime has announced fresh sanctions on Russian entities and vessels.