US Defense Secretary James Mattis said the Pentagon agrees with President Trump on viewing space as a possible battlefield. He added that the Pentagon is considering setting up a combatant command until the Space Force can be created. In 2000, Donald Rumsfeld led a congressionally..

US Defense Secretary James Mattis said the Pentagon agrees with President Trump on viewing space as a possible battlefield. He added that the Pentagon is considering setting up a combatant command until the Space Force can be created.

In 2000, Donald Rumsfeld led a congressionally-directed commission on national security space management and organization that recommended a number of reforms. However, the implementation of the reforms was not completed due to a number of factors, including the 9/11 attacks and the advent of the war with Iraq. In 2017, a "United States Space Corps" was proposed as a sixth branch of the United States Armed Forces that would have absorbed the United States Air Force's space warfare mission, which is currently conducted by the Air Force Space Command.

In June 2017, the United States House Committee on Armed Services (HASC) voted to include language creating the U.S. Space Corps in the 2018 National Defense Authorization Act. The new service would be administered by the United States Secretary of the Air Force, much as how the Marine Corps falls under the Department of the Navy, and guarantee it an equal seat on the Joint Chiefs of Staff. A provision in the House version of the 2018 U.S. Defense budget requested the creation of the Space Corps.

President Trump first floated the idea of creating a Space Force in a speech in March 2018, noting that "we're doing a tremendous amount of work in space—I said, maybe we need a new force. We'll call it the space force". On June 18, 2018, Trump announced, in an address to the newly reformed National Space Council, a directive to create a sixth branch of the United States Armed Forces. He added that the Pentagon will prepare to create the "Space Force" as an independent service branch, separate from the United States Air Force. 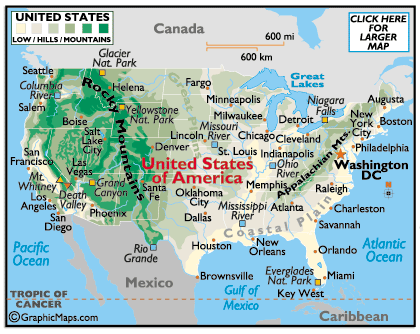 US Defence Secretary, James Mattis said,“We need to address space as a developing war-fighting domain, and a combatant command is certainly one thing that we can establish.” He added that the Pentagon is “in complete alignment” with Trump’s concerns about protecting US assets in space.“We’re going to have to address it as other countries show a capability to attack those assets,” the secretary added.

Mattis’ comments appear to align with a recent Defense One report stating that the Defense Department intends to stand up U.S. Space Command as the eleventh unified combatant command. Defense One, which saw a draft of the Pentagon’s report on how best to restructure its space infrastructure, also reported that the department plans to set up a new joint agency for space procurement and a “Space Operations Force” that would bring together expertise from all four services and the contractor community.

The actions proposed by the Pentagon are seen as the first steps toward developing a brand-new,   space-centric service, as President Donald Trump has directed. However, only Congress can approve the creation of a new branch of the armed forces.

By creating a unified space command, the Defense Department will be going even further than the congressional armed forces committees in the fiscal year 2019 defense policy bill. That legislation calls for making a U.S. Space Command that would be a “sub unified combatant command” falling under U.S. Strategic Command. The Pentagon’s proposal would put STRATCOM and U.S. Space Command on an even footing.

Current Air Force Secretary Heather Wilson has pointed to China’s 2007 use of a guided missile to destroy a satellite in orbit as a potential threat to 77 US military satellites currently orbiting the earth. “The United States is determined to protect our capability on orbit, we’re going to defend ourselves, and we’re developing the capability to do that,” Wilson added.

Critics of the Space Force believe that it will militarize space. They fear that adding another bureaucratic layer to an already sprawling organization would prove too costly and moreover seems unnecessary.

Our assessment is that the comment from James Mattis seem to indicate that Pentagon is looking at setting up a command first. However, they will continue to push for the launch of the Space Force through the bureaucratic channels of Washington. We feel that recent reports that indicate progress in China and Russia’s missile technology has accelerated the formation of the Space Force in the US.