Shock to the equity market?

The International Monetary Fund has warned that exotic financial products connected to equity volatility are creating unknown risks and could end up severely shocking..

The International Monetary Fund has warned that exotic financial products connected to equity volatility are creating unknown risks and could end up severely shocking equity markets sooner than later.

Tobias Adrian, director of the Monetary and Capital Markets Department of the IMF in a wide ranging interview with the Financial Times has stated that an increasing demand for yield was driving investors to look for ways to boost income through complex instruments.

One of the biggest stock market crashes in history took place in 1929. It has been called the Great Depression and it caused a global meltdown. The timing of the Great Depression varied across nations; in most countries it started in 1929 and lasted until 1941. It resulted in international trade being reduced by 50% and unemployment rose. Other major shocks to the equity markets took place in 1987 on “Black Monday”. The stocks had begun to decline when on Black Monday, the Dow Jones Industrials Average plummeted 508 points, losing 22.6% of its value in one day. The most recent and devastating stock market crash took place in 2008. Triggered by the sub-prime mortgage bubble, the stock markets crashed and it was followed by a global recession. Some estimates note that the financial crisis cost $15 trillion globally.

An exotic option differs in structure from common American or European options in terms of the underlying asset. It is far more complex than “vanilla” options. The category may also include derivatives with a non-standard subject matter (i.e., underlying), developed for a particular client or a particular market. Compound options, Barrier options and Chooser options are three examples of exotic derivatives.

The International Monetary Fund (IMF) is currently headquartered in Washington, USA. Formed in 1944, it was conceived to promote international monetary cooperation and facilitate the growth of global economy. It currently has 189 member countries and has been called the “firefighter” for economies. It exists to prevent economic collapses such as the Great Depression. 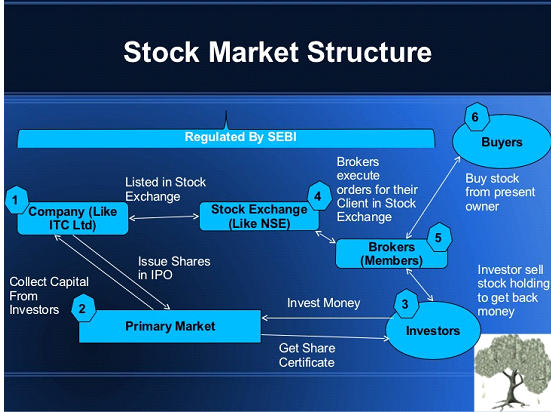 Tobias Adrian, director of the Monetary and Capital Markets Department of the IMF in a wide ranging interview with the Financial Times has warned that an increasing demand for yield was driving investors to look for ways to boost income through complex instruments. He said that exotic financial products connected to equity volatility was creating unknown risks and thus could end up severely shocking equity markets sooner than later.

Adrian said, “The combination of low yields and low volatility facilitates the use of leverage by investors to increase returns, and we have seen rapid growth in some types of products that do this. A sustained increase in volatility could then trigger a sell-off in the assets underlying these products, amplifying the shock to markets.”

In the recent months, equity market volatility has considerably come down. In fact, according to the Vix (Chicago Board Option Exchange), the implied volatility is lower than it has been in over a decade. Vix is, sitting at a level close to 10 compared with an historical average of about 20.

Marko Kolanovic, head of macro, derivative and quantitative Strategies at JPMorgan, last month warned of “strategies that sell on ‘autopilot’”. He argued that risk management models that use volatility could be luring investors into taking on too much risk. “Very expensive assets often have very low volatility, and despite downside risk are deemed perfectly safe by these models,” he wrote in a note to clients. Players have also begun betting on when the stock market shock will occur as Vix sits very low.

In addition, the World Bank has warned that unless countries across the globe address issues relating to borrowing, the world could be heading for another financial crisis. In a recently published report, the body notes that, “Financial authorities should deploy macro-prudential measures, and consider extending the boundary of such tools, to curb rising leverage and contain growing risks to stability. For instance, borrower-based measures should be introduced and/or tightened to slow fast-growing overvalued segments, and bank stress tests must assume more stressed asset valuations. Capital requirements should be increased for banks that are more exposed to vulnerable borrowers to act as a cushion for already accumulated exposures and incentivize banks to grant new loans to less risky sectors.”

The regulator also stated,  “Regulation of the nonbank financial sector should be strengthened to limit risk migration and excessive capital market financing. Transition to risk-based supervision should be accelerated, and harmonized regulation of insurance companies—with emphasis on capital—should be introduced. Tighter micro-prudential requirements should be implemented in highly leveraged segments.”

Our assessment is that as we have stated earlier, the global economy is in the midst of a decade long slow growth environment characterized by an imminent productivity growth crisis. In the recent months, a number of experts have begun sounding the alarm regarding the global economy. There are growing concerns over the real estate bubble in China (details can be found here). IMF economist Obstfeld has also stated that despite growth, that recovery may not be sustainable. Stock markets generally follow a pattern known as the Decade Cycle where a period of Bull market is followed by a period of Bear market. It has been a decade since the financial crisis and perhaps if the right measures are not taken, there might be another one in the near future. Is a equity market shock inevitable?