Russia has vetoed a US-sponsored UN resolution that would have extended an international inquiry into chemical weapons attacks in Syria. Russia has supported the..

Russia has vetoed a US-sponsored UN resolution that would have extended an international inquiry into chemical weapons attacks in Syria.

Russia has supported the internationally recognized government of Syria since the beginning of the Syrian conflict in 2011: politically, with military aid, and since 30 September 2015 also through direct military involvement. The latter marked the first time since the end of the Cold War that Russia entered an armed conflict outside the borders of the former Soviet Union.

On 11 June 2013, President Vladimir Putin acknowledged that President Assad's not undertaking any "reform" had led to the current situation in Syria. He stated on Russian state media that: "Syria as a country was rife for some kind of change. And the government of Syria should have felt that in due time and should have undertaken some reform. Had they done that, what we're seeing in Syria today would have never happened."

On 26 June 2013, the Deputy Russian Foreign Minister said that the small Russian naval base at Tartus has been evacuated. Mikhail Bogdanov stated that: "Presently, the Russian Defense Ministry has not a single person stationed in Syria. The base does not have any strategic military importance".

On 9 September 2013, responding to U.S. threats of strikes against Syria in response to use of chemical weapons in Syria, Russian Foreign Minister Sergey Lavrov issued a proposal intended to avert a U.S. attack, with provisions including Syria's placing its chemical weapons under international control and their subsequent destruction.

On 12 September 2013, The New York Times published an op-ed by Vladimir Putin urging the United States to avoid unilateral military action and work with international cooperation in support of a negotiated solution to the Syrian conflict. 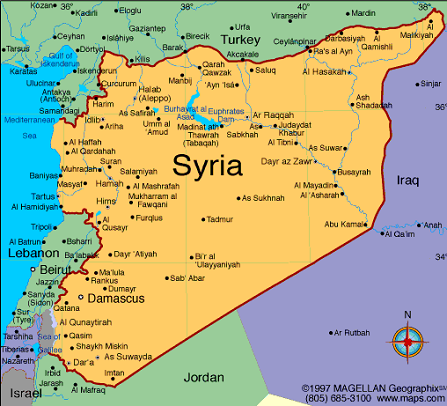 Russia has vetoed a US-sponsored UN resolution that would have extended an international inquiry into chemical weapons attacks in Syria. In October 2017, Russia vetoed a resolution to extend the UN's probe into chemical weapons attacks in Syria on Tuesday, saying the push for a vote ahead of the body's latest report "stinks." Eleven members voted in favor, two voted against the resolution. The two - including China - abstained from the vote to extend the mandate of the Joint Investigative Mechanism (JIM) by a year.

It is the 10th time Moscow has used its veto powers at the UN in support of its ally since the conflict began. "For the tenth time on Syria, and the fourth time on chemical weapons, Russia has actively obstructed the international community's ability to identify the perpetrators of chemical weapons attacks," Nikki Haley, US ambassador to the UN, said after the vote. She added, “By using the veto to kill a mechanism in Syria that holds users of chemical weapons accountable, Russia proves they cannot be trusted or credible as we work towards a political solution in Syria.”

The mandate of the Joint Investigative Mechanism (JIM), an inquiry launched in 2015, will expire Thursday. The Syrian government has denied using banned chemical weapons. The mechanism had previously concluded that Syrian government forces used chlorine as a weapon at least three times between 2014 and 2015.

Russian ambassador Vassily Nebenzia said it was Western countries who had sabotaged the inquiry. "Some council members refused to support our draft and now they have full responsibility for terminating the JIM," he said. "This just proves again that the anti-Damascus fever is the only real priority for them and that they have manipulated the JIM for their own purposes."

More than 87 people died in the nerve gas attack in Khan Sheikhun that drew global outrage and prompted the United States to fire cruise missiles at a Syrian air base from which the West says the assault was launched.

Our assessment is that Syria is one of the most unstable regions in the world with various factions at war with one another. As a result, the millions of civilians who still live in the nation are highly vulnerable to violence. The international community must come together to address this violence and bring about a peaceful resolution.