Scientists from Instituto de Astrofísica de Andalucía have revealed that they have discovered a ring around a dwarf planet called Haumea. Haumea is located in the outer reaches..

Scientists from Instituto de Astrofísica de Andalucía have revealed that they have discovered a ring around a dwarf planet called Haumea.

Haumea is located in the outer reaches of the Solar System beyond Neptune.

The Solar System is a gravitationally bound system in the Universe that comprises of the Sun and all the objects that orbit around it. This includes the main eight planets of which Earth is one of them. Pluto was once considered a planet, however, it has been downgraded to a dwarf planet.

Within the Solar System lies the Kuiper belt. It is a circumstellar disc. It is a ring of bodies beyond Neptune. In 2004, Haumea was located by scientists in the Kuiper belt. It was discovered by Mike Brown of Caltech at the Palomar Observatory in the United States. It received its designation as a dwarf planet in 2008. It is it is presumed to be large enough to have been rounded by its own gravity into a shape in hydrostatic equilibrium. However, it not big enough to have cleared its neighbourhood of similarly sized objects. It is much smaller in size than Pluto. In total there are five dwarf planets that have recognized as such by scientists. They are - Pluto, Ceres, Eris, Makemake and Haumea.

The Institute of Astrophysics of Andalusia is a research institute in Granada, Andalusia, Spain. It is funded by the High Council of Scientific Research of the Spanish government Consejo Superior de Investigaciones Científicas (CSIC). It was formed in 1975. 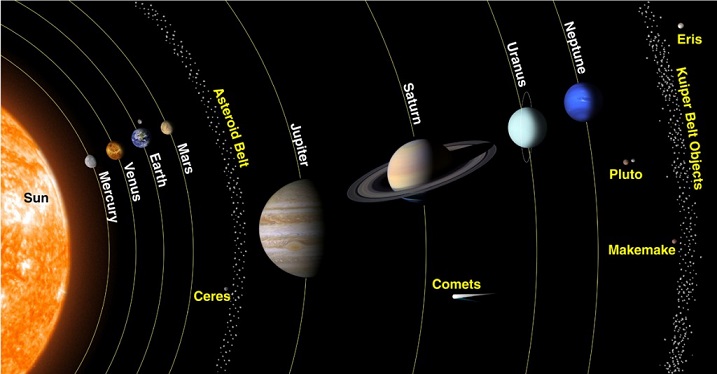 Scientists from Instituto de Astrofísica de Andalucía have revealed that they have discovered a ring around Haumea. Up until now rings have been observed in the Solar System around the four outer planets. They are - Jupiter, Saturn, Uranus and Neptune.

The discovery has been published in a journal called Nature. Dr José Ortiz, from the institute said, “In 2014 we discovered that a very small body in the Centaurs region [an area of small celestial bodies between the asteroid belt and Neptune] had a ring and at that time it seemed to be a very weird thing. We didn’t expect to find a ring around Haumea, but we were not too surprised either.”

Haumea, which is in the outer reaches of the Solar System is hard to observe even with the most powerful telescopes. However, scientists got the opportunity to learn more about this space oddity when Haumea passed in front of the star URAT1 533-182543 on Jan. 21, 2017. The team worked with 12 powerful telescopes and networked across 10 different labs to observe starlight blocked by Haumea. They wanted to determine the dwarf planet’s size and shape.

Ortiz further noted that Haumea was special even among dwarf planets adding, “Dwarf planets are unique by themselves but Haumea is even more special among them. It also has two moons, a large and a small one, and the larger one turns out to be in the same plane as the ring we found.”

Santos Sanz part of the research team spoke about the discovery. He said, “We started to see something weird in the light curve. I remember that José Luis, from the first [moments], said, 'OK, this could be a ring.” After months of scrutiny, they were able to confirm their suspicions. Haumea's equator is encircled by a 43-mile-wide (70 km) ring of debris located about 620 miles (1,000 km) from the dwarf planet's surface.

Our assessment is that discoveries like this continue to prove that there is much about the Solar System that we don’t know. However, with improved technology, scientists continue to make newer groundbreaking discoveries.