The Indian economy continues to struggle as its growth has diminished in 2017. The International Monetary Fund has downgraded its growth rate for 2017 to 6.7%..

The Indian economy continues to struggle as its growth has diminished in 2017. The International Monetary Fund has downgraded its growth rate for 2017 to 6.7%, 0.5% points less than its previous two forecasts in April and July.

How can the economy be revived?

India is a developing economy. It is the world's seventh-largest economy by nominal Gross Domestic Product. It is also the third largest economy in terms of purchasing power parity (PPP). However, it ranks at 141 in per capita GDP (nominal).

The Indian economy experienced a huge spurt in its growth rate in the 1990s. This has been attributed to abolishment of the License Raj system that had been in place from 1947 to 1990. Thus, India was able to achieve a growth rate of 6-7% annually. It became one of the fastest growing major economies in the world.  In June 2017, it was revealed that India’s economic growth had slowed to 6.1% in the fourth quarter ending March 2017 as compared with 7.1% in the previous quarter. The growth rate has further slowed down during the April-June period to 5.7% -  a three-year low.

The economic slowdown has been attributed to the effects from demonetization and the roll out of GST. 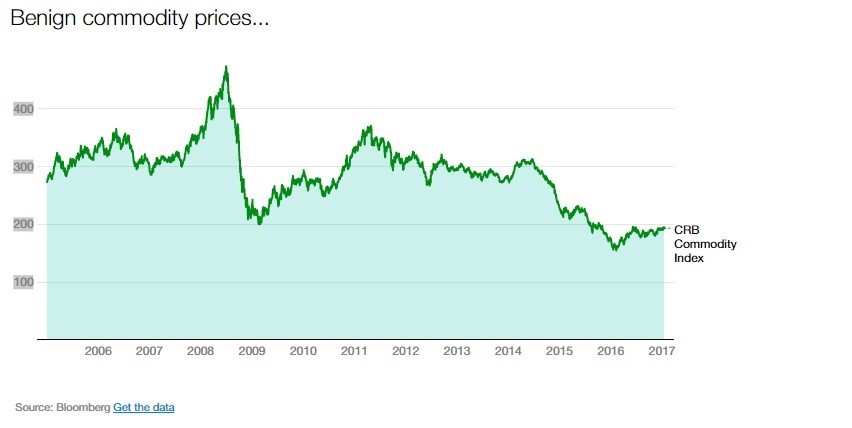 In September, the Indian government announced that the retail inflation in the country rose to 3.36 per cent in August from a year earlier. Additionally, International Monetary Fund downgraded India’s economic forecast.  The body lowered India’s growth projection to 6.7% in 2017, 0.5 percentage points less than its previous two forecasts in April and July.  It also lowered the nation’s  growth rate in 2018 to 7.4%, 0.3% less than previous two projections. India’s growth rate in 2016 was 7.1%, which saw an upward revision of 0.3 percentage points from its April report.

IMF chief Christine Lagarde has said that this is likely to be a short-term phenomenon. She said, “Turning to India...we have slightly downgraded India; but we believe that India is for the medium and long-term on a growth track that is much more solid as a result of the structural reforms that have been conducted in the last couple of years. But for the medium term, we see a very solid track ahead for the Indian economy.” Lagarde added, “We very much hope that the combination of fiscal, because the deficit has been reduced and inflation has been down significantly, and the structural reforms will actually deliver the jobs that the Indian population, particularly the young Indian people expect in the future.”

But troubling signs linger. In October 2017, it was revealed that the bad loans incurred by Indian banks hit an all-time high by the end of June 2017. The bad loans now amount to $145.56 billion. Bad loans can result in choked credit and hurt domestic investment. Economist Praveen Chakravarty spoke about the development adding, “India's economy is grounded.”

In addition, petrol and diesel prices in India has also increased. This despite the fact crude oil prices have almost halved during the period. According to Indian Oil Corporation (IOC) Petrol in Delhi now costs ₹ 68.38 a litre and litre of diesel will now cost Rs. 56.89.

Additionally, there are 12 million Indians entering the workforce every year but many do not have the education and work skillset required to get salaried employment.

Our assessment is that the biggest challenge to reviving the Indian economy is to manage the growth engine without raising too much of public borrowing. We believe that the period of low oil prices from 2014 which kept inflation low may have ended. The biggest worry is a spike in oil prices. A rise in price to $70 is sufficient to raise India`s fiscal deficit by 0.4% and current account deficit by 0.6% of GDP.

We feel that a rise in oil and commodity prices will trigger inflation and reduce the possibility for rate cuts in the coming months. We sense that the twin balance sheet problem intrinsic to most banks will retard economic progress due to the fact that banks cannot lend more as their old money has not come back and further that companies cannot invest more as they may not have capital to pay for their old loans.