Turkish President Recep Tayyip Erdogan arrived in Iran on 5 October 2017 to hold crucial talks with his Iranian counterpart Hassan Rouhani and the Supreme..

Turkish President Recep Tayyip Erdogan arrived in Iran on 5 October 2017 to hold crucial talks with his Iranian counterpart Hassan Rouhani and the Supreme Leader Ayatollah Ali Khamenei on the outcome of the Iraqi Kurdish referendum and other regional security issues. The high level meeting is part of a historic and growing relationship between Iran and Turkey. It comes as Saudi Arabia’s King Salman visited Vladimir Putin on Thursday to discuss trade and the Middle East.

Erdogan's visit to Tehran comes as Ankara continues to seek regional consensus on how to block efforts by the Kurdistan Regional Government (KRG) to split from Iraq - a move Turkey fears would have a domino effect on its own 15 million ethnic Kurdish populations.

In accordance to the Iraqi constitution of 2005, the region of Kurdistan is an autonomous area. It is governed by the regional Kurdish government. Much of the population in the region is comprised of the Kurdish minority, which comes to around 6 million people. Historically, the Kurdish region has seen a long list of invaders and conquerors. This includes ancient Persians from the east and Alexander the Great from the West. In the 7th Century, Muslim Arabs invaded the region. In the 11th Century, it was Seljuk Turks and it was the Ottoman Turks in the 16th Century. Most recently, in 2003, the United States invaded Iraq. 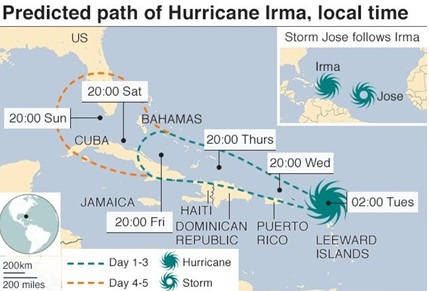 Erdogan's visit to Tehran has been expected since August. But his original agenda focusing on military cooperation to fight the Islamic State of Iraq and the Levant (ISIL, also known as ISIS), and the establishment of a de-escalation zones in Syria, has since been overshadowed by a new regional crisis following the Kurdish referendum.

In the meeting between Rouhani and Erdogan, the Iranians stressed that instability in the Middle East was the fault of “ethnic and sectarian separatism and plans of outsiders.” Rouhani referenced the fight against terror, mentioning ISIS, Nusra (Hayat Tahrir al-Sham, al-Qaida in Syria) and the Kurdish PKK, the latter an indication that Iran wants Turkey to know it shares its view

Turkey vowed that it would continue to increase pressure on the Kurdish region by working with Baghdad. Iran’s Supreme Leader Ali Khamenei told Erdogan that the Kurdistan referendum was an attempt by the US to create a “second Israel” in the region. In addition to discussing Syria and Iraq, Turkey and Iran want to boost trade to $30 billion a year. This would increase Turkey’s import of natural gas among other items.

Turkey and Iran are on opposite sides of the Syrian civil war, with Iran and its militias a key ally of Bashar Assad and Turkey a key ally of the Syrian rebels. But as the frontlines have solidified in northern Syria, Turkey has come to accept the reality that Assad will not fall from power. It wants to maintain its image as standing by the Syrian people though and to do that Iran and Turkey must agree to work together on the “de-escalation” agreements that Russia has sought in Syria. Iran, Turkey, and Russia have been holding rounds of talks at Astana in Kazakhstan on the Syrian conflict.

Ankara’s relations with Tehran strengthened since the October crises. In June 2017 Turkey sent troops to protect Qatar after Saudi Arabia, the UAE, Bahrain, and Egypt cut ties with the small Gulf state. Turkey and Iran grew close over their support for Qatar. The Qatar crises was largely sparked by the assertion by the UAE and Saudi Arabia that Qatar supports religious extremism, particularly the Muslim Brotherhood, Hamas, and Hezbollah.

The larger story of the Turkey-Iran and Saudi-Russia meetings is that the traditional major powers of the region see that the wars in Iraq and Syria are winding down and they want to re-assert not only their control but also stability in the regional system of diplomacy. That may be difficult news for Israel because Iran has grown in strength, and references by Iranian leaders to Kurdistan as a “second Israel,” alongside Turkish media spreading conspiracies about the Mossad being involved in the Kurdish referendum, reinforce the continued regional opposition to Israel. The question is whether Russia and Saudi Arabia might balance the warming of relations between Ankara and Tehran. In both cases, it seems US policy is once again ignored by regional powers who see the US as less relevant.

It is for the first time since the 1979 Islamic Revolution, Turkey's military chief of staff General Hulusi Akar visited Iran on Monday, signaling closer cooperation with an old regional rival.