Requiem for the IC Engine

The call to "Net -Zero 2050" could be the death knell of petrol and diesel-fueled automobiles in the near future. However, how close or how far is that 'near future', is the subject of a raging debate. All the same, one aspect is crystal clear; those automobile giants who do not prepare for the Electric Vehicle (EV) revolution now will go the way of dinosaurs like Blackberry and the Kodak company!

In 2017, researchers at the International Monetary Fund and Georgetown University had predicted that more than 90 per cent of all passenger cars in North America, Europe and other wealthy nations could be electric by 2050, as quoted by the prestigious National Geographic Magazine. This was cited at a time when out of more than a billion cars registered the world over, only one million were EVs.

Since then, events have moved fast. Tesla became the highest selling car in the Netherlands in 2019. Demand, albeit not as spectacular, is growing in the UK, France and Germany. China is fast emerging as the largest EV market in the world. Even in India, TATA's Nikon EV is becoming a familiar sight on the roads, with other companies like the Chinese owned MG joining the bandwagon. The International Energy Agency says that EVs will reach a figure of approximately 145 million by 2030. 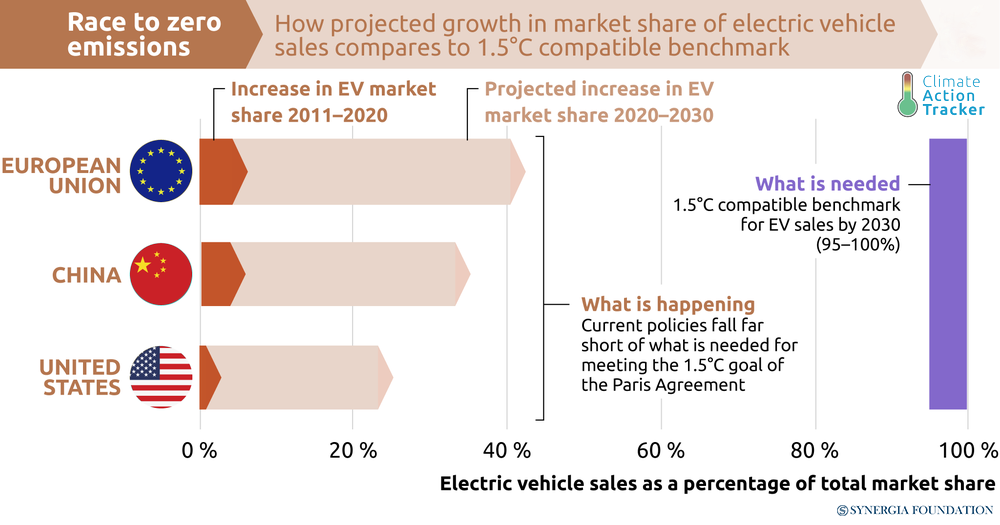 Going by a recent report by the New York Times (10 Mar 21), the transition so far has been tardy. If the U.S. is taken as the benchmark, out of approximately 250 million cars, SUVs, vans, and pick-up trucks, fewer than 1 per cent are electric. The good news is that U.S. automakers are aiming to make 1/4th of their sales from EV by 2035, making 13 per cent of the vehicles on road electric driven. This share would go up to 60 per cent by 2050 of new sales.

However, going by existing figures of the output of gasoline-driven vehicles, a substantial number will still be petrol/ diesel driven. If President Biden’s net-zero by 2050 is to be reached, then analysts recommend that sales of gasoline-powered vehicles have to be stopped around 2035.

The optimistic view, as articulated by BloombergNEF, is that EVs will form more than 50 per cent of all passenger and light commercial vehicle sales by 2040. They buttress their claims by highlighting the rapid fall in the cost of lithium-ion batteries, which would make them less expensive than petrol-driven cars in just three to five years. The inflexion point, in fact, would be reached by the pressure that is being generated by ever-tightening environmental regulations. Nature's stark warning can no longer be ignored by even the most callous heads of government. Furthermore, EVs that are already on the road are proving to be eco-friendly and a pleasure to drive with very low maintenance.

BBC (Internet blog 1 Jun 21) quotes Mr Ramez Naam, the co-chair for energy and environment at the Singularity University in California, that once EVs overcome the high-cost barrier of their batteries, the gasoline-powered vehicles will die out. Forward-looking car manufacturers are not ignoring this new threat, which can change the way people commute over the next decade. Many analysts predict that the tipping point is very near when the sales of EVs will exceed that of fossil fuel guzzlers. Jaguar will roll out its EV by 2025, Volvo from 2030 and Lotus from 2028. The American giants, General Motors and Ford plan to enter the EV market by 2035 and 2030, respectively. GM will only make EVs from 2035, while Ford will only sell EVs in EU by 2030.

The Indian auto industry is not oblivious to the new dynamics and is working out its future strategy. During the annual report presented to its shareholders for FY 2021, Mr N Chandrasekaran, Chairman of TATA group said, "In India, EV penetration in our portfolio has now doubled to 2 per cent this year, and we expect the penetration to increase exponentially in the coming years.[…] We believe the focus on EV promotion in the Union Budget will improve the longer-term outlook for EV sales but will continue to fall way short of the country's goal of electrifying all new vehicles sold by 2032." In the current budget, the Indian government has given incentives to EVs in the form of reduction of GST from 12 to 5 per cent and tax deductions to buyers.

EVs come with their own baggage as they too can create carbon emissions indirectly. If an EV does not use gasoline, it cannot be certified as 100 per cent clean. EVs being used in China, and for that matter in India, are charged by electricity produced by coal-fired boilers or even fuel oil.

Add to this the environmental damage incurred while manufacturing the EV and especially its batteries, then the savings of carbon may not be as substantial. To make transportation clean, the entire ecosystem must be first made green.