Pope Francis is currently visiting Myanmar making him the first Pope to ever visit the southeast Asian nation. It remains to be seen if the religious leader broaches the..

Pope Francis is currently visiting Myanmar making him the first Pope to ever visit the southeast Asian nation. It remains to be seen if the religious leader broaches the persecution of Rohingya Muslims in the region. He is also slated to visit Bangladesh where majority of Rohingya refugees are currently residing.

According to those who fled the region, a fresh bout of violence erupted in Myanmar on August 25th, 2017. Over 600,000 Rohingya Muslims fled the region as a direct result of it. In September, Myanmar blocked all United Nations aid agencies from delivering vital supplies of food, water, and medicine to those affected.

Over 620,000 Rohingya Muslims have fled the region since August amid reports of violence by the military.

Pope Francis is the 266th and current Pope of the Catholic Church. He is the first Jesuit pope, the first from the Americas, the first from the Southern Hemisphere, and the first pope from outside Europe since the Syrian Gregory III, who reigned in the 8th century. Throughout his public life, Pope Francis has been noted for his humility, emphasis on God's mercy, concern for the poor and commitment to interfaith dialogue. He is credited with having a less formal approach to the papacy than his predecessors. 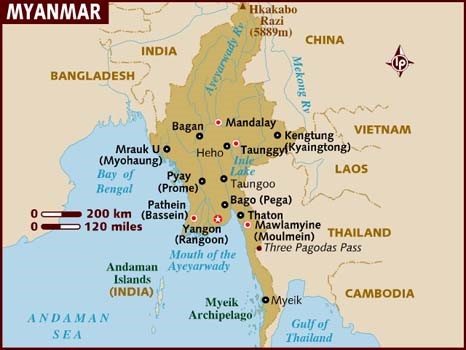 Over the last few months diplomats and heads of governments have visited the region and have called for a resolution. Most recently, US Secretary of State Rex Tillerson visited Myanmar to monitor the crisis and met with the de facto leader Aung Sang Suu Kyi. After his meeting with Aung Sang Suu Kyi and Myanmar's military, Tillerson called for an independent investigation but also stated that US would not likely impose sanctions on the country.

Pope Francis is currently visiting Myanmar making him the first Pope to ever visit the southeast Asian nation. It remains to be seen if the religious leader broaches the persecution of Rohingya Muslims in the region. He is also slated to visit Bangladesh where majority of Rohingya refugees are currently residing.

In February 2017, Pope Francis prayed for Rohingya refugees during a general audience. He decried violence against them "simply because they uphold their Muslim faith." During that address he had stated, "They are good people, they are not Christians, they are peaceful people, they are our brothers and sisters and for years they have been suffering. They are being tortured and killed.”

He also called on those in attendance to join him in prayer for “our Rohingya brothers and sisters who are being chased from Myanmar and are fleeing from one place to another because no one wants them.”

During his visit to the embattled region, the Pope will have to walk through religious, diplomatic tightrope so as to not offend or incite violence. One of his own Cardinals earlier advised the Pope from not using the word “Rohingya” in fear that it might stall reconciliation efforts.

After leaving Rome, the pope told reporters on his plane: “They say it’s too hot (in Myanmar). I‘m sorry, but let’s hope it will at least be fruitful.” During the second leg of his trip, where he will be visiting Bangladesh, he is is expected to meet a group of Rohingya refugees.

A hardline Buddhist monk group previously known as Ma Ba Tha has warned that there may be a “response” if the Pope mentions Rohingya Muslims during his visit. “I hope he doesn’t touch on sensitive issues that Myanmar people couldn’t accept,” said Tawparka, a spokesman for the influential group, who goes by a single name. “There’s no problem if he talks about Islam, but it’s unacceptable if he speaks about Rohingya and extreme terrorists.”

Our assessment is that Pope Francis is one of the most influential religious leaders in the world and he has earned appreciation from across the world for being an empathetic and kind leader. He will most likely be careful while treading sensitive matters regarding Rohingya Muslims.