Olympics in the Shadow of Covid-19

Japan is experiencing its fourth wave of the coronavirus pandemic. However, there have been no talks of cancelling or postponing the Tokyo Olympics, despite strong objections from health experts and the public.

The Olympic Games began in ancient Greece, around 3,000 years ago. The first written records date back to 776 B.C., when Coroebus, a cook, had won the 192-meter footrace called the ‘stade’ to become the first Olympic champion.

The Games were later revived in the late 19th century. It was held once in four years at Olympia, in honour of the god Zeus. The first modern Olympics took place in 1896 in Athens, and it featured around 280 participants from 13 nations, competing in 43 events. Throughout its history, it has only been cancelled thrice, first in 1916 due to World War I, and then in 1940 and 1944 due to World War II. 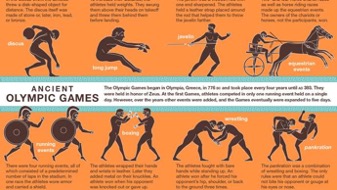 Athletes have started to arrive in Tokyo in preparation for the Summer Olympics, despite warnings from many Japanese doctors that the games should be canceled. According to the International Olympic Committee (IOC), about 80% of the athletes in the Olympic Village will be vaccinated. However, vaccinations will not be mandatory outside the village.

Current polls suggest that 70% - 80% of the Japanese public favour cancelling or postponing the games, as Tokyo and other prefectures are still under a state of emergency till June 20. However, the contract between the IOC and host city Tokyo is quite straightforward: It is the IOC that has the option to cancel and not the host city. The Olympic Games are considered the "exclusive property" of the IOC.

In the interim, the organizers have announced that the games will take place without any international spectators. In fact, they are considering a ban on domestic spectators as well.

The Olympics still receives calls for cancellation; however, the official line has been that cancelling it would be ‘too cruel a sacrifice to impose on thousands of athletes who have spent years training to compete on the Olympics stage’.

The organisers have implemented several regulations to ensure maximum safety: from vaccination drives for workers to GPS monitoring of foreign media.