The dire warning of Mr Dan Smith, the Director of Stockholm International Peace Research Institute (SIPRI), that the risk of a nuclear exchange is far higher today than ever before since the end of the cold war rings ominously close to the reality.

Despite all the treaties to ban nuclear proliferation, nuclear testing, and strategic arms limitation regimes, the stockpiles of nuclear warheads continue to grow unabated. More worryingly, some possessors are potentially rogue nations, teetering on the edge of financial and political collapse. This makes for a dangerous mix in an intricate, unpredictable, and treacherous world.

With the adoption of the UN Treaty on the Prohibition of Nuclear Weapons (TPNW) on July 7, 2017, the world’s majority took a critical step towards making a nuclear weapon-free future a real though distant possibility. However, Nuclear Weapons States (NWS) remained the classical "party poopers" for whom the centrality of the nuclear deterrent in their national security strategy justified a constant expansion of their nuclear arsenals to match their rivals' capabilities. 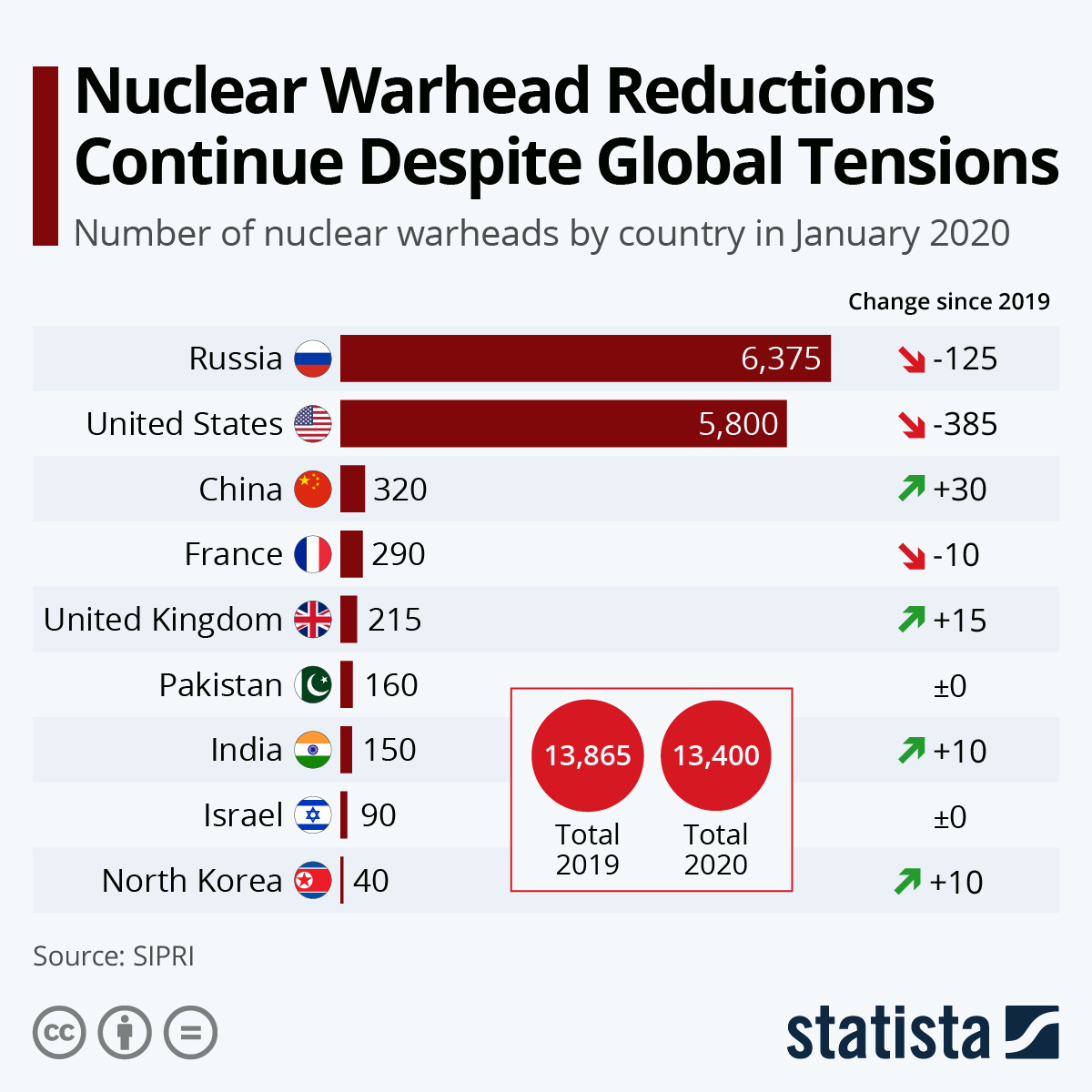 As of early 2022, nine countries- Russia, the United States, China, France, the United Kingdom, India, Israel, and North Korea- have a combined aggregate of 12,705 nuclear warheads. Together, Russia and the U.S. control more than 90 per cent of this inventory worldwide. SIPRI contemplates that the global supply of weapons is capable of annihilating human life on earth several times over and is only likely to increase over the next decade.

According to SIPRI, of the 12 705 nuclear warheads in existence at the beginning of 2022, roughly 9,440 were in military stockpiles for prospective use. Of those, an estimated 3,732 were deployed with missiles and aircraft, and about 2,000-nearly all of which belonged to Russia or the U.S.- were kept in a state of high operational readiness.

There was a moderate reduction from 13080 last January to 12,705 this year, as per data available in the public domain. This could be possible because the Russians and the U.S. were dismantling warheads that had been retired from military service several years ago. However, the number of warheads in the two countries' usable military stockpiles remained relatively stable in 2021. Both countries deployed strategic nuclear forces within limits set by a bilateral nuclear arms reduction treaty (2010 Treaty on Measures for the Further Reduction and Limitation of Strategic Offensive Arms, New START). However, the New START does not limit total non-strategic nuclear warhead inventories.

As per a report published on the website Breitbart on June 14, China is in the process of expanding its nuclear arsenal. Satellite images have pinpointed ongoing work in 300 new missile silos. Also, with the delivery of new mobile launchers and ballistic missile-armed submarines, the number of nuclear warheads issued to operational, strategic forces has gone up in 2021. The much-publicised alleged launch of a hypersonic nuclear-capable missile, possibly from a space-borne platform, raised a great deal of trepidation in the western camp.

The security paradigm in Europe is changing rapidly, increasing the danger of the exchange of nuclear weapons. The U.K., in 2021, declared its decision to increase the ceiling on its total warhead stockpile in a turnaround of decades of gradual disarmament policies. While criticising China and Russia for lack of nuclear transparency, the U.K. also announced that it would no longer publicly disclose figures for the country's operational nuclear weapon stockpile and deployed warheads. In early 2021 France officially launched a program to develop a third-generation nuclear-powered ballistic missile submarine (SSBN). Since Russia launched its invasion of Ukraine and has blatantly threatened to use nuclear weapons, experts have warned that the ongoing war could spiral into a direct conflict between Moscow and NATO. If Sweden and Finland join the NATO alliance, Russia has threatened to turn the Baltic Sea into an arena for nuclear weapon deployment.

Closer home, India and Pakistan emerged to be expanding their nuclear arsenals, and both countries introduced and continued to develop new types of nuclear delivery systems in 2021. Israel-which does not publicly admit possessing nuclear weapons-is also believed to be modernising its nuclear arsenal.

North Korea continues to prioritise its military nuclear program as a central strand of its national security strategy, having conducted no nuclear test explosions during 2021. SIPRI estimates that it has now gathered up to 20 warheads and possesses enough fissile material for a total of 45-55 warheads.

The P5 members of the UNSC reaffirmed that they intend to stick to non-proliferation, disarmament and arms control pledges while continuously enlarging their nuclear arsenals. In addition, they have expressed dissent to the Treaty on the Prohibition of Nuclear Weapons (TPNW), which was ratified by 50 governments. 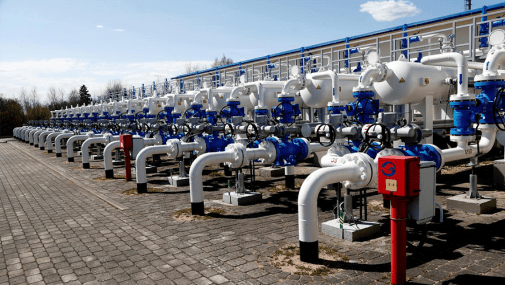 NO, GAS IS NOT GREEN!

As the EU searches for alternatives to replace Russian oil and gas, the opposition to fossil fuels remains high in EU jurisdiction.