By giving a fresh lease of life to the arms reduction treaty, Russia and the U.S. are recommitted to a substantive model of limiting stockpiles.

At a time when U.S.-Russia relations are projected to be on a collision course, an extension of their last remaining arms control treaty has come as a glimmer of hope. In negotiations that came down to the wire, the New Strategic Arms Reduction Treaty (New START) has been renewed for a period of five years (till 2026), which is the maximum time allowed under this accord.

By limiting the stockpile of strategic nuclear arsenals, it is hoped that New START can prevent the two countries from engaging in a debilitating arms race that would threaten the stability of nuclear-control regimes.

Although some analysts have dismissed New START as a ‘cold war relic’, it continues to be an important framework for prudent and responsible behaviour by the world’s two largest nuclear powers. If it had not been renewed, the international community could have returned to an era where there were no substantive limits on strategic warheads and associated delivery systems.

With both sides having acquired enough nuclear firepower to destroy the world many times over, a breach of the prescribed limits in the immediate future was unlikely. However, the regulatory mechanism of the treaty allows transparency of nuclear stockpiles and their delivery systems, thus ensuring a modicum of nuclear equilibrium. In the absence of such an arms limitation treaty, there is the risk of skewed strategic and intelligence analysis which can cause a nuclear face-off like the Bay of Pigs incident in 1962.

In any case, the withdrawal of the U.S. from key pacts like the Intermediate-Range Nuclear Forces (INF) agreement and the Joint Comprehensive Plan of Action (JCPOA), during the Trump administration, had rendered the future of nuclear arms control uncertain. Attempts to draw China in as a third party for negotiating with Russia had further muddied the waters.

Now, by extending the treaty, some measure of confidence has been restored in the international community on the predictability and transparency of nuclear regimes. It has also ensured the continuity of inspection mechanisms that can verify the nuclear data exchanged between the two sides. By decoupling China from what is a strictly bilateral commitment, there has been a realistic appraisal of the quantitative gap between the nuclear arsenals of Beijing and that of the two Cold War giants.

More crucially, this rare compromise between historic rivals has bought some much-needed time to pursue additional dialogue on a more comprehensive arms control framework that covers strategic as well as non-strategic nuclear warheads. However, any further cooperation can only depend on the ability of the two powers to address other sources of friction in their bilateral ties. 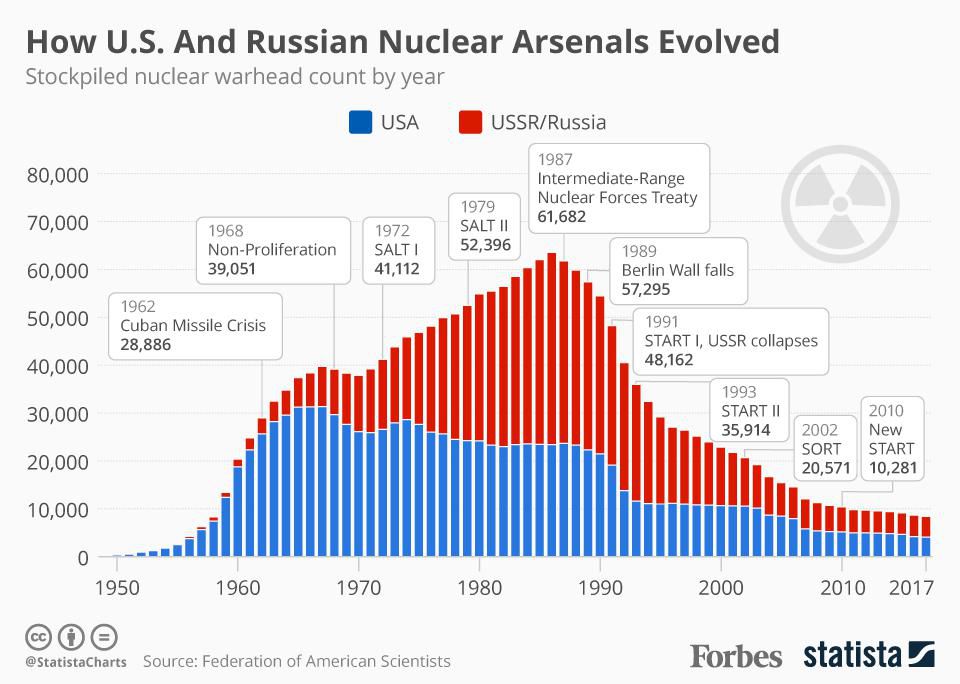 Detractors in the U.S. have been quick to point out that a “free rollover of New START”, without addressing Russia’s investments in short and medium-range nuclear weapons, is ill-advised. There has been much haranguing about the loss of critical leverage by bringing Moscow back to the negotiating table.

It is not only important to constrain strategic and non-strategic nuclear warheads, whether deployed or un-deployed, but also to devise new conceptual frameworks for managing competition over emerging technologies. To the threat of a nuclear Armageddon, we must add the fears of the largely unregulated realm of artificial intelligence, cyber warfare, drones, hypersonic, and high-precision systems, whose stealth and destructive potential can qualitatively transform the conventional arms race.

Before embarking on this endeavour, however, it will be important to institute an environment of trust between the two superpowers. In light of recent events, this is easier said than done. America’s previous withdrawal from key nuclear pacts, along with the Open Skies Treaty, has eroded its reputation as a reliable partner. Moreover, Russia has previously accused the U.S. of evading stockpile limits under New START, by converting launchers on ballistic missile submarines and bombers, so that they are not included within the stipulated numerical count.

At the same time, Russia has been charged with cheating on multilateral treaties like the Chemical Weapons Convention through its alleged use of banned nerve agents. In fact, this issue has received much traction after the assassination attempt on Opposition leader Alexei Navalny, who is believed to have been administered a prohibited chemical called Novichok by Russian agents. In such an atmosphere of mutual suspicion, it will be extremely challenging to undertake fresh negotiations on issues as ambitious as the regulation of non-strategic nuclear weapons and disruptive technologies.

There are other bones of contention between the two countries, which can spill over into arms control talks. This includes allegations of Russian involvement in election meddling and cyberattacks in the U.S., management of sanctions in relation to the Crimean annexation, strategic competition over natural gas supply to Europe, and the proxy conflicts in Afghanistan, Syria, and Libya, all of which can scupper attempts at cooperation.