Police opened fire on a group of Buddhist protestors in Myanmar and the ensuing violence resulted in the deaths of at least eight people. The region has been marred in violence..

Police opened fire on a group of Buddhist protestors in Myanmar and the ensuing violence resulted in the deaths of at least eight people.

The region has been marred in violence since August 2017. Violence broke out when more than 4,000 ethnic Rakhine Buddhists gathered in Mrauk U to protest at a ban on the annual commemoration of the fall of the ancient Arakan kingdom.

According to those who fled the region, a fresh bout of violence erupted in Myanmar on August 25th, 2017. Over 620,000 Rohingya Muslims fled the region as a direct result of it. For the first time in eight years, the UN held its first public meeting on the situation. UN Secretary-General Antonio Guterres said that the violence in the region has "spiraled into the world's fastest-developing refugee emergency, a humanitarian and human rights nightmare." He added, “We've received bone-chilling accounts from those who fled, mainly women, children and the elderly.”

Most of Rohingya Muslim refugees fled to Bangladesh where many now reside in refugee camps. They have since spoken out about gruesome violence that they managed to escape by braving dangerous journeys.

Rakhine State occupies the northern coastline of Myanmar up to the border with Bangladesh and corresponds to the historical Kingdom of Arakan. 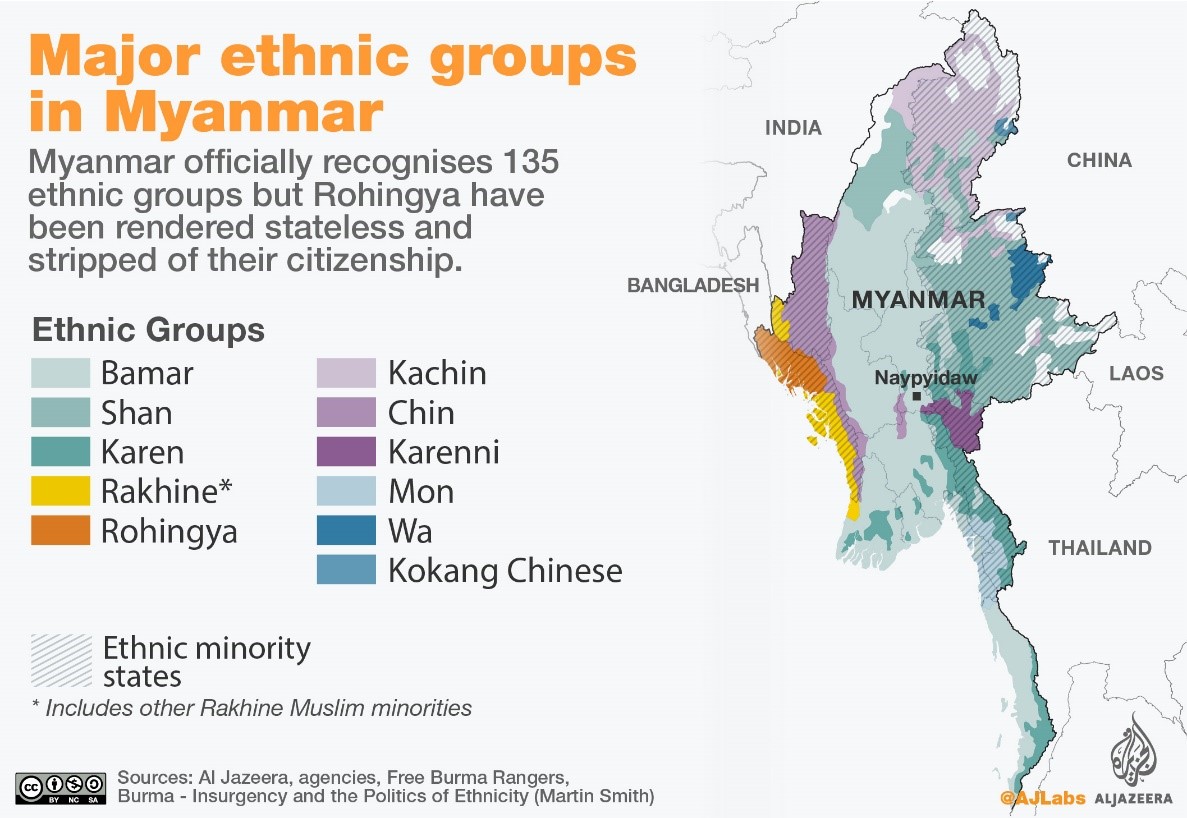 In the recent weeks, reports emerged that Bangladesh and Myanmar were engaged in talks to ensure the return of Rohingya Muslims to Rakhine. In January 2018, it was announced that the two countries had agreed upon a deal that stated that all refugees will be returned in another two years.

However, almost immediately, the UN and other rights agencies expressed their concern over this forced repatriation. The UN secretary general, António Guterres, said that further clarification was required regarding whether Rohingya would be permitted to return to their homes or live in specially built camps. He noted, “The worst would be to move these people from camps in Bangladesh to camps in Myanmar.”

Paul Ronalds, the chief executive of Save the Children Australia said, “If the Rohingya are to return to Myanmar, it is critical for them to feel assured that their protection will be assured and they will not be subject to the oppression and violence they lived under for decades.”

Reports have now emerged that during a recent protest, the police in Rakhine opened fire and ended up killing at least seven of those who were protesting. The protests were organized largely by people following the Buddhist religion, which is the dominant religion practiced in Myanmar. The protest was attended by more than 4,000 Buddhist protestors. Violence broke out when more than 4,000 ethnic Rakhine Buddhists gathered in Mrauk U to protest at a ban on the annual commemoration of the fall of the ancient Arakan kingdom.

According to the local authorities, police initially fired rubber bullets to disperse protesters and used real ammunition only when demonstrators started throwing stones and bricks.

Our assessment is that the latest spate of violence will most likely further destabilize the state of Rakhine that has already witnessed extreme violence in the past year. Continued violence will only affect the ongoing efforts to repatriate Rohingya Muslims that fled.