Incumbent president wins run-off amidst allegations of electoral fraud. Mali is a francophone country with a population of fourteen million people, with a semi-presidential system and an ethnically diverse electorate. Mali has struggled with armed rebellion in its Northern Province since 2012, compounding to a host of security-related issues...

The incumbent president wins run-off amidst allegations of electoral fraud.

Mali is a Francophone country with a population of fourteen million people, with a semi-presidential system and an ethnically diverse electorate. Mali has struggled with armed rebellion in its Northern Province since 2012, compounding a host of security-related issues, mistrust of the public in elected officials and unreliable electoral processes.

President Ibrahim Keïta, who has held office since 2013, has been accused of electoral fraud, rampant corruption and being unable to quell the violence in the North. He secured 67% of the total votes but his opponent, Soumaïla Cissé rejects the results of the runoff election. 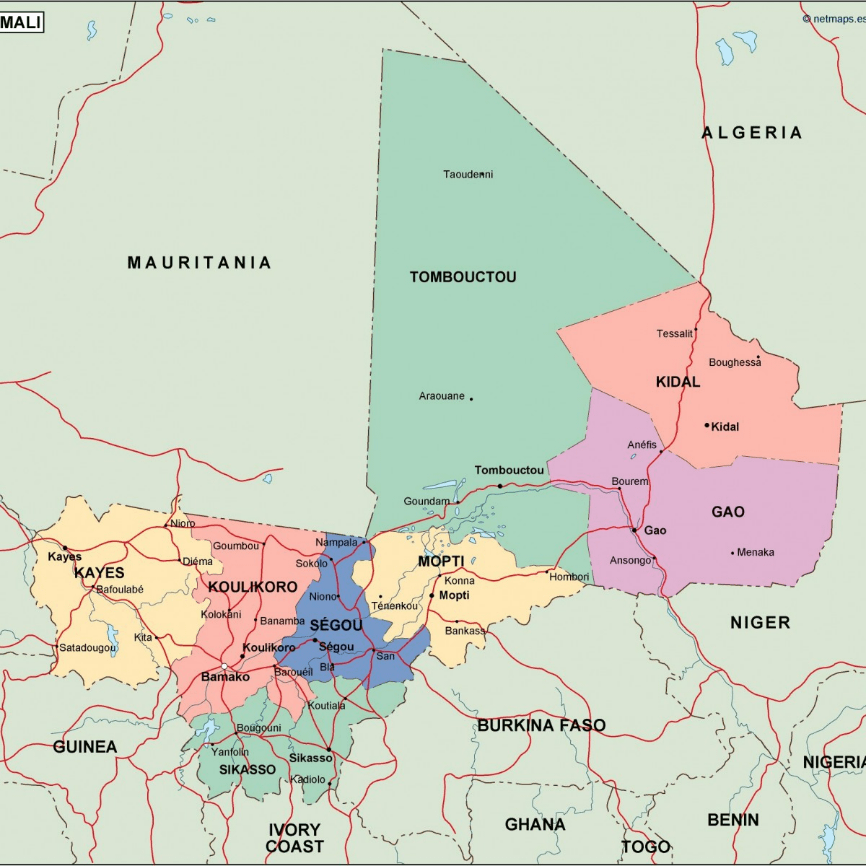 Mali’s relative political stability was disrupted in 2012 when Toureg rebels began an armed secessionist movement for the creation of Azawad, consisting of three Northern districts in Mali. President Keita was elected the following year and he inherited a country in chaos.

Although France has been assisting the Malian government in combating the rebels, President Keita’s administration has been unable to provide basic security for its citizens. Observers recorded over nine hundred and thirty armed attacks in the first half of 2018 alone, which is triple the number of attacks from three years ago.

Mali has struggled with security issues, and the violence carried out by Islamist extremists for years spilt over into polling places during the election. In Arkodia, a village in the northern region of Timbuktu, a local election official was shot to death by extremists during the voting, local officials said.

Mr Cissé, a former finance minister, has vowed to fight the election results. His campaign director, Tiébilé Dramé, denounced the results and called on supporters to take to the streets at a packed news conference.

Other parties filed court complaints of fraud. European election observers said they saw evidence of irregularities but not fraud.

In the first round, Mr Keïta won 41.4% of the vote, while Mr Cissé, won 17.8%, the Ministry of Territorial Administration said. A candidate needs 50% to win outright and avoid a runoff.

Adding to his electoral failures, the turnout for the runoff election was a paltry 34%; voters were fearful of threats of violence from extremist groups. Moreover, many voters were disillusioned with veteran politicians like President Keïta, who have failed to achieve their basic campaign promises.

Government authority is still weak in many places and observers say, militants, some linked to al-Qaida and Islamic State, have regrouped since French troops intervened in 2013 to push them back. They have been expanding their influence across Mali’s desert to the north and into the fertile centre.

The election is unlikely to bring stability, which is key in the battle against Islamist extremism in the Sahel region and in efforts to curb illegal migration to Europe.

On Sunday nearly 500 polling stations were unable to open, the government said, mostly in regions plagued by jihadi violence and ethnic tensions. Jihadists have worked to stoke inter-communal conflict. Killings along ethnic lines have claimed hundreds of civilian lives this year, including at least 11 last week in the Mopti region.

Neither candidate offered detailed policies, relying instead on vague promises to combat Mali’s multiple challenges. Keïta was educated at the Sorbonne in Paris, and Cissé, as a software engineer and economist. President Keïta’s failure is encompassed in Mali’s economic performance. Mali has achieved a good growth rate (5%) but has also seen poverty levels rising.

Our assessment is that the election may have involved a certain degree of electoral fraud, as the incumbent President’s re-election campaign was flushed with cash and exercised a near-monopoly over state television. We also feel that the allegations of the President using the state security apparatus for his re-election campaign may be grounded in reality as noted by the EU’s election observer mission in Mali.