Lebanon: A Nation at Gunpoint

Unless measures are taken to put aside political differences, Lebanon will find it challenging to recover from its debilitating economic crisis.

Lebanon’s economic freefall is one of the world’s worst financial crisis in 150 years, as confirmed by the World Bank.

Lebanon is a nation which is sharply divided along sectarian lines. Mammonite Christians, East Orthodox Christians, the Sunni and Shia factions as well as the Syrian and Palestinian refugees are the primary constituents within this small state. Given this diversity, the country’s government is required to fulfil quotas and ensure equitable representation of all sections.

Moreover, the regional power play between various powers such as Israel, the Palestinian Liberation Army, Syria, Iran etc. have had consequences in Lebanon. In fact, the nation has been occupied by both Israel and Syria at various points in history. This has resulted in fragile cabinets that do not hold in the face of crisis and calamity.

Due to such a tenuous political atmosphere, successive governments have failed in the country. From 2014-2016, the state did not have a President, which led to delays in forming effective cabinets. 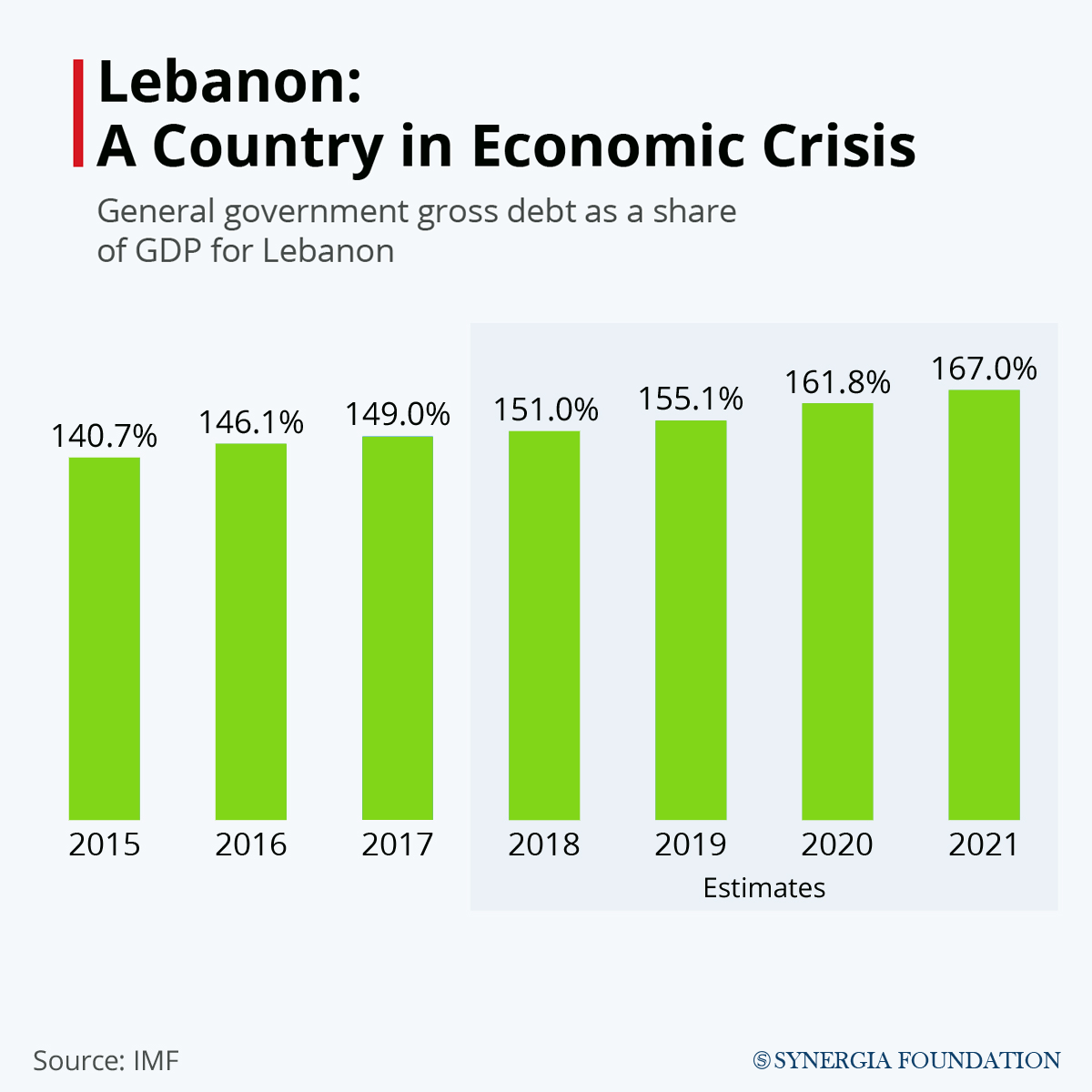 It was in 2019 that the current economic crisis started to fester in Lebanon. The political instability and entrenched corruption of the ruling elites had resulted in massive mismanagement of the nation’s funds. The Central Bank, which had loaned almost a quarter of its deposits to the government, started to face a liquidity crunch. This led to an emerging foreign exchange black market that subsequently made the Lebanese Pound (Lira) lose against the dollar. It has currently lost 90% of its value.

This, in turn, caused high inflation rates and low purchasing power, leaving almost half of the Lebanese population under the poverty line. Massive protests broke out on the streets, which again led to a cabinet change.

In 2020, a new government under the leadership of Hassan Daib started working on an emergency economic programme. It also initiated negotiations with the International Monetary Fund (IMF) for an extended loan. However, the inherent political instability along with the onset of the pandemic, blocked the programme at multiple levels. It came to a head on August 4, when a massive explosion at the Beirut Port sent shockwaves throughout the nation. This was triggered by a crate of ammonium nitrate accidentally catching fire, leading to the deaths of almost 200 people. It also caused damages over 15 billion USD. A wave of insurgent protests and demonstrations emerged against government negligence, resulting in the cabinet handing in its resignation.

Most observers and international players have pointed out that the Lebanon crisis is more of a governance issue than a humanitarian issue. The government refuses to work together to sketch out a comprehensive action plan that will save the nation from complete collapse.

France, a frequent benefactor of Lebanon, has taken the lead to raise almost 300 million USD as humanitarian aid. But it has insisted the aid be preceded by economic and structural reforms. Emmanuel Macron, the French President, even drafted a basic economic plan titled the ‘French initiative’, after the Beirut explosion. The plan included foreign auditing of central banks, negotiations with the IMF as well as reforms to power grids. While the ‘French initiative’ was welcomed initially, there has been no effort or commitment made to implement it. France as well as the US have imposed travel bans and sanctions on top Lebanese officials, expecting that it will lead to concrete action, but such hopes have been ill-founded. Global powers and institutions have made it clear that foreign aid will flow only if the government invokes necessary reforms to tackle corruption and mismanagement of funds.

Lebanon is at the brink of total economic collapse. Its citizens cannot afford or access basic utilities such as food, water, healthcare, education etc. There is also a massive ‘brain drain’ as educated and skilled youth strive to leave the nation for better opportunities. The unemployment rate, which was 28% in the beginning of 2020, has shot up to almost 40% in 2021. There is a fuel shortage which has led to power outages and long lines in front of gas stations. Hospitals reeling under the energy and economic crisis, bear the stress of the pandemic as well.