Is this the last one?

Over seven years ago, Bill Gates, in a Ted talk that went viral, pronounced that while the world had spent billions in preparing for a nuclear Armageddon, a much more lethal and insidious threat to mankind was being wilfully ignored-that of as yet unknown viruses. Grimly, he predicted that such a virus could kill over 10 million people worldwide in the coming decades. However, it was not only Mr Gates who was saying this; now it is common knowledge that lesser famous but definitely more qualified virologists and epidemiologists had been crying themselves hoarse warning of an imminent pandemic-it was only a matter of time they rued. Sadly, these predictions come true in our own lifetimes.

The Ebola virus, which has cut its deadly path through poor African countries but left the developed world untouched, was also largely ignored. It could have been prevented at its early stages, but even the WHO, tasked to monitor the epidemic, did not take timely action to crush it at its roots and prevent its spread over a large section of the African continent. The global response to COVID 19 was much more proactive, but sadly, this time again, controversies surrounded the initial findings and response of a politics riven WHO hierarchy.

Covid-19 has killed over 6 million people (on record) and has shaken the global economy in ways no one would have predicted. Supply chains worldwide were disrupted, and lockdowns created mass unemployment and economic decline. People were pushed back into poverty and hunger. Staying in isolation increased and exacerbated mental health issues at an unprecedented rate. Although it is not possible to calculate the actual total loss due to Covid, economists agree that there was a 4.5 per cent in GDP decline in major economies. The IMF has said that Covid costs the world 14 trillion dollars. A report by the world bank in 2021 stated that 163 million more people were pushed into poverty and are now living on less than 5.5 USD per day. We in South Asia need no further illustration- Sri Lanka is devastated, and Pakistan and Nepal are barely surviving. India, too, despite its much more resilient economy, is still not out of the woods. 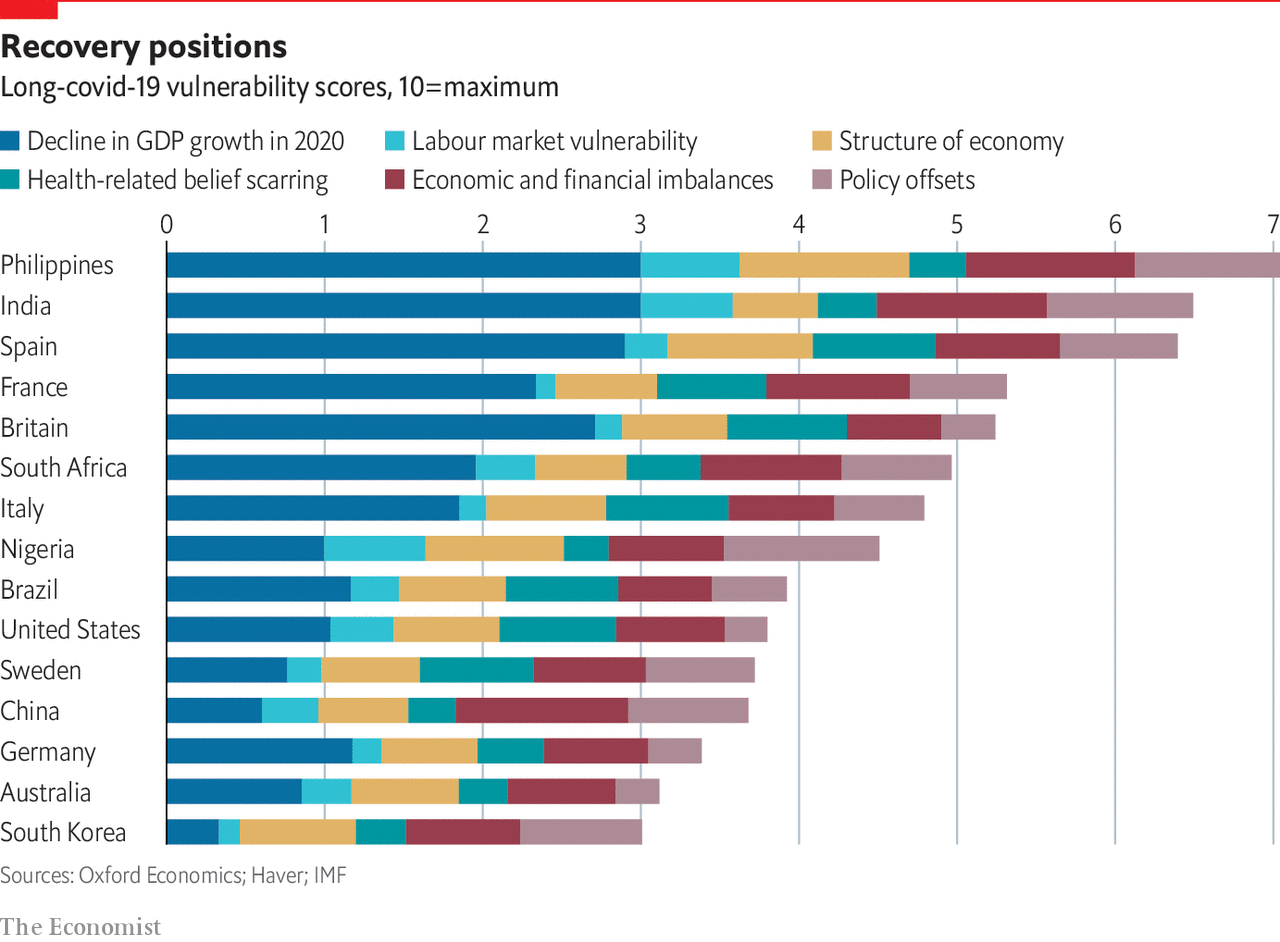 Pandemic prevention has a few basic steps that must be followed. These include early detection through constant surveillance of likely epidemiological outbreaks anywhere in the world, the isolation and containment of the virus, an immediate assessment of its lethality and morbidity and finally, a search for antidotes/ vaccines. Concurrently to all these stages is the need to keep the public and the leadership in the loop so that informed decisions can be taken at every level.

However, we are missing a global framework that would give us preparedness. Since most new outbreaks take place in poor regions, it takes time to manage them quickly and effectively. It is here that an international organisation like the WHO must come into play as it is required to have its eyes and ears in every potential site of a new epidemic. However, even though the COVID 19 outbreak took place in a developed country, with ambitions of becoming a global power by 2050, the essential findings took over three months to crystallise, a delay that was to prove lethal to millions of souls.

While the initial responses were confused and muddled, once the severity of the pandemic became clear by the beginning of 2020, the countermeasures were swiftly imposed by panicked and overreacting governments. Lockdowns, isolation, work for home, terminating the global travel network that enabled the virus to spread at such lightning speed etc., became part of our lexicon, with little thought of their long-term implications.

The scientific community showed great adaptability to muster together resources, including previously researched data, to find a silver bullet to strike down the virus. From the medical point of view, it was gratifying to note that mankind has advanced so much that the turnaround time for the covid vaccine was the fastest in history.

The communication part, so critical in managing an epidemic, was also well handled. Using today's technology, it is significantly easier to keep the public informed through smartphones using apps like the Aarogya Setu (the Indian version of COVDI app. Aarogya Setu can tell people the number of infections around them, when they are eligible for a vaccine, where vaccination centres are and, depending on their symptoms if they are required to take a test or not. Maps could track people's movements and make contact tracing significantly more manageable, as displayed by countries such as South Korea and China.

India realised that to effectively combat the virus, the battle had to be waged at grass root levels with paramedics/ part time health volunteers forming the front ranks. Similarly, Mr Gates has recommended keeping frontline volunteer workers trained and ready, just as voluntary firemen who are requisitioned when large scale wildfires rage in the U.S. When an outbreak is first detected, medical teams should arrive at ground zero with the right tools to be able to understand and contain that outbreak. A Global Epidemic Response and Mobilisation (GERM) team should be created, and their full-time job should be to track and prevent pandemics. The group should be made up of data scientists, epidemiologists, logistics experts, medical professionals and even diplomacy groups working under the WHO. At an approximate budget of $ 1 B per year, such an organisation could be on standby 24 x7, conducting drills and investigations of suspected outbreak sites.

In December 2021, the WHO announced that a global pandemic treaty was being drafted. It covers data sharing in a broad fashion and equitable vaccine distribution. In the first meeting held in February this year, it was agreed on the “ways of working and timelines for a convention, agreement or other international instruments to prevent further pandemics”. The next meeting is said to be held in August.

In the recently concluded Global COVID 19 Summit, attended by Prime Minister Modi, leaders from around the world tried to mobilise funding and the political will to hit vaccination, treatment, and testing targets, which will ultimately help put an end to the pandemic. Ending the pandemic is vital to both getting the world back on track for economic recovery and reversing lost progress on other diseases. Financial commitments of 3.2 billion dollars have been pledged by nations (not official yet), out of which 2.5 billion are for Covid-related response activities. 712 million dollars are to be put towards a new global health security fund that will work towards future pandemics preparedness.

Speaking at the summit, Prime Minister Modi put forth the Indian view that the WHO needs to be reformed to "build a more resilient global health security architecture". He also stated that it is essential that the process for approving vaccines and therapeutics needs to be streamlined and that global supply chains should ensure equitable vaccine distribution. He also showcased India's vaccine drive, the largest of its kind in the world, which has vaccinated 90 per cent of its population and provided 200 million doses to other needy nations.

Vaccine nationalism did not cover richer nations in glory- in fact, some hoarded vaccines far in excess of their immediate requirement, ensuring adequate stocks for the third booster dose. Some have even given the fourth dose, while billions in the global South await even their first shot. A significant number of African nations have yet to reach a 20 per cent vaccination rate, and sadly, some have not even reached 10 per cent. Some scientists have advocated that if the global production of vaccines had been distributed far more equitably with at least one dose being administrated to every singly living person above the age of 12 years, then the chances of later variants, like the super deadly Delta, could have been nipped at the buds. But then, who can blame private companies that spent billions in R&D to rush in the vaccines for raking in the well-deserved profits.

Smartphones and the internet spread the message of COVID precautions and prevention, saving millions of lives. But the very same tools were ruthlessly exploited by vested interests to spread fake news and build up their constituency of anti-vax resulting in even advanced countries like the U.S. being hamstrung by a vaccination rate below 66 per cent. Even more worrying was the fear that having gained access to the private movements of individual citizens, the state would misuse it to curb individual liberty and privacy.