Malawi’s former president will be seeking another mandate to run the country, after her People´s Party’s (PP) chose her to lead it into next year’s national elections. Banda, who recently returned home after four years of self-imposed exile, was elected as PP’s presidential flagbearer on Thursday The Republic of Malawi, formerly..

Malawi’s former president will be seeking another mandate to run the country after her People´s Party (PP) chose her to lead it into next year’s national elections.

Banda, who recently returned home after four years of self-imposed exile, was elected as PP’s presidential flagbearer on Thursday.

The Republic of Malawi, formerly known as Nyasaland, is a landlocked country in south-eastern Africa. It is bordered by Mozambique, Tanzania and Zambia. The country is often called The Warm Heart of Africa for the kindness of its people. In the 19th century, it was a colony of the British, becoming independent in 1964. There is a diverse population of the native Bantu tribe, Asians and Europeans in Malawi.

Malawi is a multi-party democratic republic, currently led by President Arthur Peter Mutharika of the Democratic Progressive Party (DPP) elected in May 2014. As a former foreign minister and right-hand man of his brother Bingu was Mutharika, the former President his administration was blamed for bringing the economy to its knees through years of mismanagement.

Former President Banda, 68, fled the country in 2014 when she lost power after being embroiled in the multimillion-dollar so-called “Cashgate” scandal, the biggest financial misconduct by government officials uncovered in the country’s history. 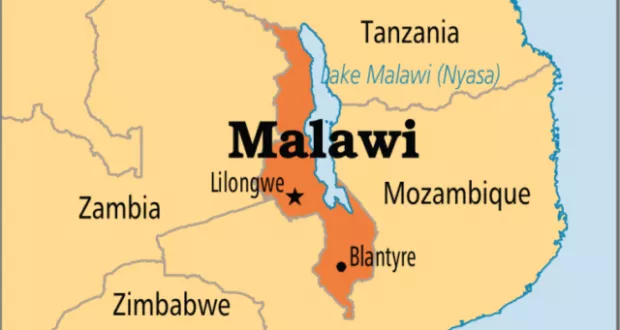 As political parties prepare for next year’s elections, 1,800 PP delegates from around the country converged in the commercial capital of Blantyre to give Joyce Banda the mandate for the 2019 elections. She will attempt to wrestle power from President Peter Mutharika´s Democratic Progressive Party (DPP), to whom she lost the 2014 elections. Banda garnered 1,183 party votes against her little-known opponent Leonard Mphidza who polled 23 votes.

In her victory speech, Banda said she is geared up to lead the party she founded to the polls.

“I accept the task you have placed in my hands and I am grateful for the faith you have placed in me,” she told the assembled party delegates. “I am ready to work hard because the mandate has come from you. I am more rejuvenated because poverty has become worse since the PP left office,” she added.

Banda laid out her manifesto, promising to restore electricity, education standards, to build a mining industry, to restore the fledging economy, provide affordable housing to the poorest and to provide health care for all. “It is our right to get proper treatment,” she said.

Malawi, one of the world’s poorest and most aid-dependent countries, will hold presidential, parliamentary and local council elections in May 2019.

Banda returns to a Malawi which has seen strife over the past four years. Malawi has a Human Development Index (HDI) of 0.418, ranked 170 out of 187 countries. Its economy is agro-based, with a largely rural population.

The government depends heavily on external aid for its development needs. It faces challenges in building its economy, healthcare and education, and curbing corruption and underdevelopment. The country is also marked by one of the highest levels of infant mortality and HIV/AIDS in the world.

Banda, who served as Malawi’s first female president from 2012 to 2014, says she has done nothing wrong and that the allegations against her are politically motivated.

She founded the PP in 2011 after splitting from the Democratic Progressive Party (DPP), which is led by President Mutharika.

Our assessment is that Joyce Banda’s return to Malawian politics is a sign of stagnation for the country. Mrs. Banda and her administration were accused of embezzling public funds. Her self-imposed exile was to save herself from the threat of a full-scale inquiry. However, we feel that Malawi needs a change in leadership as President Mutharika has been ineffective in tackling basic problems of the country.