In what’s likely to be a major boost to Japanese industries, scientists have been able to confirm the presence of millions of tonnes of rare-earth minerals exist just off..

In what’s likely to be a major boost to Japanese industries, scientists have been able to confirm the presence of millions of tonnes of rare-earth minerals exist just off the country’s coast.

This discovery can potentially mean that it secures 780 years of industrial demand.

A rare-earth mineral contains one or more rare-earth elements as major metal constituents. Rare earth minerals are a special class of 17 elements. They have many uses. BBC defines rare earth as, “Rare earths" are a group of 17 chemically similar elements crucial to the manufacture of many hi-tech products. Despite their name, most are abundant in nature but are hazardous to extract. Most "rare earth" elements have uses in several different fields, as well as those listed below.”

With two-thirds of the Earth’s surface covered by oceans, the potential of ocean bed mining has always been considered an attractive prospect. However, until recently, the technology required for successful exploitation of the ocean floor, as well as the cost of building, operating, maintaining and successfully extracting usable minerals from an ocean bed mining operation has proved financially unviable. However, with the development of new and more cost-effective unmanned vehicle technology combined with an ever growing demand for supplies of precious and rare-earth metals, both of which are thought to be in plentiful supply on the ocean floor, there is a renewed in interest in under-sea mining and its potential benefits as well as its possibly disastrous consequences.

The mining of rare-earth minerals was at one time dominated by the United States. The People's Republic of China has since come to dominate the market.

Japan has successfully mined zinc, gold, and other minerals from a deep-water seabed off the coast of Okinawa. 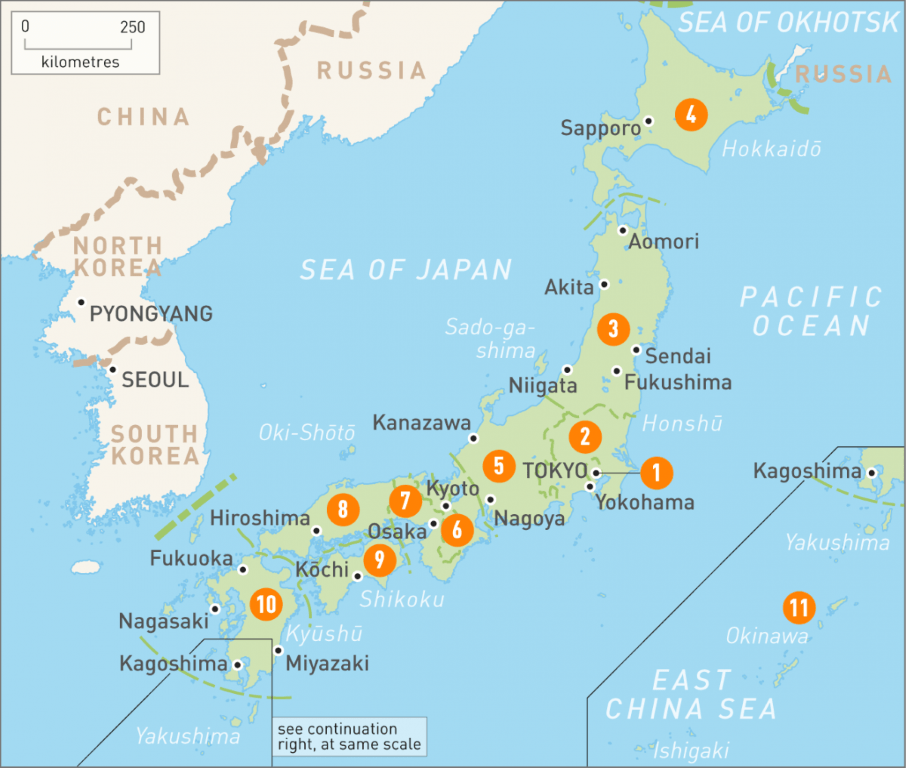 Japan’s various industries are likely to receive a major boost in the immediate future. Scientists have been able to confirm the presence of millions of tonnes of rare-earth minerals exist just off the country’s coast.

On April 10th, researchers from the University of Tokyo and the Japan Agency for Marine-Earth Science and Technology (JAMSTEC) published findings in the UK journal Scientific Reports. An SCMP report notes, “the study said mud from the seabed off the Ogasawara Islands, some 2,000km southeast of Tokyo, contains high concentrations – in some cases nearly 8,000 parts per million – of rare-earth elements and yttrium (REY).”

This discovery has the potential to save millions for Japanese firms as they no longer have to source costly foreign minerals to the region. “This REY-rich mud has great potential as a rare-earth metal resource because of the enormous amount available and its advantageous mineralogical features,” the report stated.

However, there are obstacles along Japan’s way and one of them has to do with challenge mining these minerals. “Back in 2000, when the dispute between China and Japan over the islands in the East China Sea blew up, Beijing effectively imposed an embargo on rare-earth minerals being sold to Japan, although they denied it. These elements are critical for future generations of technology and Tokyo responded by immediately seeking out new sources, including Mongolia, in order to secure shipments and maintain Japan’s technological edge,” said Stephen Nagy, a senior associate professor of international relations at Tokyo’s International Christian University.

Rare earth minerals is an industry that remains under-utilized in India. Experts have claimed that the industry could be worth Rs 90,000 crore in turnover but its lies wasted. In addition, it has been reported that India faces a shortage of 13 critical raw materials needed to feed its growing economy over the next 15 years. If action is not taken to prospect for them domestically then India will become heavily dependent on China to meet its needs. In fact, India’s own Department of Science and Technology (DST) has published a report that investment towards such materials is required if India wants to transition and prosper as a high-tech manufacturing economy.

Our assessment is that Japan still has to cross multiple hurdles before it is able to successfully utilize the rare earth elements it has discovered. This is likely to cause concern in China, which has aggressively dominated the market. In fact, the promised riches of the South China Sea, is one of the reasons why nations like China and the US are actively staking their claims in this region.

With regards to India, it is significantly behind with this regard. However, some investment towards the rare earth industry could mean reaping massive benefits. Some experts have noted that this could mean creating a net capital employment of Rs 121,000 crore, including Rs 50,000 crore worth of foreign exchange. It also means that the nation will be able to improve its manufacturing base.