For decades after the creation of Israel, India did not pursue a robust relation ties with Israel. India’s policy was to support the Palestinian cause and hence, the two nations kept their distance.

In 1992, the nations established diplomatic ties. Even though it has only been 25 years, the relationship has flourished. While military agreements form the backbone to this equation, Israel has a strong imprint in the Indian agricultural sector as well. In a joint op-ed published in Times of India by both leaders of the state, both Netyanhu and Modi have said, “India and Israel are walking hand in hand into the future as partners. India is a growing economic powerhouse with a large market and talent pool. Israel is a world leader in high technology and innovation.” The first time an Israeli Prime Minister visited India was in 2003 when Ariel Sharon came to India. However, he abruptly cut his visit short to return to Israel to deal with a terrorist attack.

One of the most successful landmarks of the Indo-Israel relationship is in the agricultural sector. The Indo-Israel Agricultural Project (2012-2015) was implemented in 10 states. A report in 2014 from the plan said that there had been 5 to 10-fold increase in crop yields as a result of this as well as reduction in water usage (65%). This plan was extended beyond 2015 and there are now 15 centres across the country.

Both nations have expressed that one of the key discussions that will take place between the two leaders will center around counter terrorism. As reported yesterday, India is the largest buyer of military equipment from Israel and Israel is India’s second largest defence supplier.  Between 2012 and 2016, India bought 41% of Israel’s arms export. In April 2017, India and Israel signed a $2 billion missile agreement.

In December 2017, 128 countries voted in favor of a UN General Assembly resolution rejecting U.S. recognition of Jerusalem as the capital of Israel. India was one among them despite having friendly relations with both the US and Israel. There had been reports at the time that India would abstain from voting. Close to 1,000 villages and towns in India have witnessed protests led by Islamic clerics against Israel and the United States on the issue of Jerusalem. 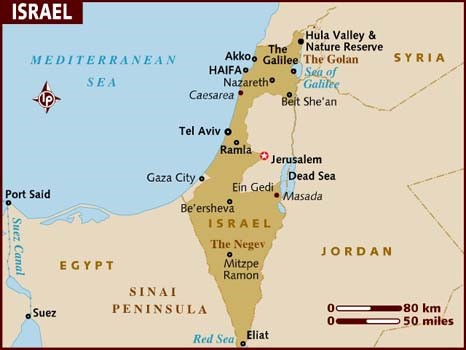 In January 2018, India also cancelled a $500 million anti-tank missile deal with Israel. It has since been reported that the deal may be revived and renewed. Netanyahu stated that there is likely to be an expansion of ties noting, “I think you’re going to see an expansion of economic and other ties, regardless of this or that deal. Over time, I hope I’ll see also a reflection of that more often in the voting of India in international forums… It doesn’t nullify the fact that with India, with other countries in Asia, with countries in Latin America and Africa, there’s a tremendous increase of relations on all fronts. It just takes longer on the international front.”

Over 130 Israeli businesspeople from the fields of agriculture, water technology, cybersecurity, defense, health and food industries are joining the prime minister’s trip. During the trip he will spending time in the nation’s capital, Delhi and will also be visiting Prime Minister Modi’s home state, Gujarat. He will also be visiting Mumbai where he is expected to pay his tribute to the victims of India’s 2008 terror attack. The two countries are expected to strengthen their commitment towards better transfer of knowledge and technology in terms of agriculture, innovation and even cinema. Netanyahu will even be meeting with members in the Bollywood fraternity. “The Prime Minister will reach out to Bollywood in an exclusive ‘Shalom Bollywood’ event,” Israel’s Embassy in India said in a press release Thursday. “Bollywood stars have a huge influence in India, and we’re trying to get some of them and some producers to come to the event,” said Gilad Cohen, the Foreign Ministry’s deputy director-general for Asia and the Pacific. He is also expected to sign a deal on joint production in cinema.

Deputy Director General of Israel's Foreign Ministry Gilad Cohen said the $68.6 million investment would be in addition to the India-Israel Industrial R&D and Technological Innovation Fund of $40 million over five years with equal contribution from both sides that has already been agreed between the two sides.

Our assessment is that collaboration between India and Israel will prove to be advantageous for both countries. India will seek to secure critical technologies in agricultural production and water security. For Israel, this will be an opportunity to access one of the fastest-growing major markets of the world. For a small country like Israel, it would be easier for them to export the product to India than to far off markets like China. Israeli companies are also worried about intellectual property and seem comfortable working with companies in India. Having said so, the Israel will be mindful that India’s support to the security concerns in the Middle East will be a calibrated one.