International Monetary Fund (IMF) is reportedly preparing a “rescue plan” for Venezuela. The nation is grappling with political and economic instability. Despite having..

International Monetary Fund (IMF) is reportedly preparing a “rescue plan” for Venezuela. The nation is grappling with political and economic instability.

The country has been grappling with severe shortages of basic goods. According to media reports, there is shortage of food as well as medicines for the sick. Hospitals are overflowing and there aren’t enough hospital beds to treat patients.

There has also been a sharp rise in inflation and the nation’s currency, Bolívar has collapsed as a result. According to Dolar Today, a website that tracks black market rates of currencies, the exchange rate of Venezuelan currency is 10,987 Bolívars per Dollar. The country’s official exchange rate is about 10 Bolívars on the Dollar but majority of Venezuelans stick to the value in the black market.

According to Venezuela’s congress, which is led by the opposition, the nation’s inflation has skyrocketed. The inflation has reportedly quickened to 248.6% in the first seven months of 2017. This is likely to jump to 700% by the end of this year.

The prices of food has gone up by 17% and oil revenues have fallen. The state-oil company, Petróleos de Venezuela reported in August that its revenue has fallen by more than third compared to the same period last year. This is one of the main sources of income for the government. Reports have emerged of people foraging through trash cans in order to get food. Politically the region is unstable with Maduro acquiring more power. Many have died as a result of violent protests.

The International Monetary Fund (IMF) was formed in 1944 to promote international monetary cooperation and facilitate the growth of global economy. It currently has 189-member countries and has been called the “firefighter” for economies. Venezuela left IMF in 2007. 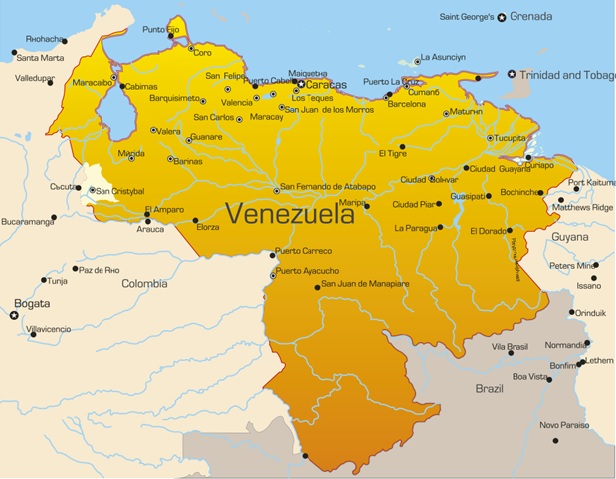 Despite the fact Venezuela cut its relationship with IMF in 2007, the body has been working on a possible rescue for the region’s economy. According to a report in the Financial Times, the body is preparing a rescue plan that would amount to giving Venezuela $30 billion annually. It would also result in one of the world’s most complex bond restructurings and a big test of Fund rules.

IMF has not conducted an on-the-ground review in 13 years in the region. “The market needs to be properly prepared for this,” said a senior IMF official. “This is going to be Argentina meets Greece in terms of complexity,” added Douglas Rediker, a former US representative at the IMF.

The IMF has not publicly spoken about the issue. However, the body released a statement noting, “Like others we’re very concerned about the dramatic economic and humanitarian conditions in Venezuela. As part of our surveillance mandate, we’ve been gathering information and following the situation closely, including monitoring how the crisis is affecting neighboring countries.”

In October 2017, there were elections for 23 governor positions in the country. Electoral authorities in Venezuela say the governing Socialist Party has won 17 of 23 state governorships. However, reports have emerged that the voting process was tampered with.

We believe Hugo Chavez , another populist leader, who was at the helm for thirteen years definitely got carried away by high oil prices which ensured ten consecutive quarters of sustained economic growth. This was  in large parts due to high public spending and private consumption, fueled by high oil prices and historically low interest rates. He started nationalising larger parts of the economy and took over the operations of some of the largest companies operating on home turf. As a populist, he was bent on pursuing radical political reforms and an economic path that he described as the 'third way' - a move that ensured an exit from the World Bank and the IMF. He was planning to set up a new lending institution run by Latin American countries called the Bank of the South.

We feel that the people of Venezuela are now paying the price for supporting a populist leader who did not understand the fundamental tenants of economics and the need to be prudent in managing the economy. It is quite appalling to see ordinary Venezuelans shifting through thrash to find some food and even having to eat rats. How could a country with one of the largest reserves of oil turn out to be a country now bracketed as a nation facing ' full- blown economic, humanitarian and political crisis with no end in sight’.