The United Nations has published a report raising concern over human rights abuses in UAE. The report in particular highlighted issues such the torture of prisoners in the country..

The United Nations has published a report raising concern over human rights abuses in UAE.

The report in particular highlighted issues such the torture of prisoners in the country and discrimination of women. It also revealed the injustice being carried out against foreign workers in the region.

The United Arab Emirates (UAE) is a federation of seven states. It has grown from a quiet backwater to one of the Middle East's most important economic centres. It is the second largest in the Arab world with a gross domestic product (GDP) of $403.2 billion (AED 1.46 trillion) in 2014. The United Arab Emirates has been successfully diversifying its economy. Even though the nation has diversified, UAE's economy remains extremely reliant on petroleum (oil). With the exception of Dubai, most of the UAE is dependent on oil revenues. Politically, the region has retained an authoritarian rule.

However, the nation has often been accused of human rights violations. The body Human Rights Watch has noted, “The United Arab Emirates (UAE) often uses its affluence to mask the government’s serious human rights problems. The government arbitrarily detains, and in some cases forcibly disappears, individuals who criticized the authorities, and its security forces face allegations of torturing detainees. A new anti-discrimination law further jeopardizes free speech and is discriminatory, as it excludes references to gender and sexuality. Authorities denied access to the country to activists who criticized the UAE’s mistreatment of migrant workers.  Labor abuses persist, as migrant construction workers facing serious exploitation. Female domestic workers are excluded from regulations that apply to workers in other sectors.”

UAE residents known to have spoken with international rights groups are at serious risk of arbitrary detention and imprisonment. The UAE’s 2014 counterterrorism law provides for the death penalty for people whose activities are found to “undermine national unity or social peace.” However, neither of these have been defined in the law. 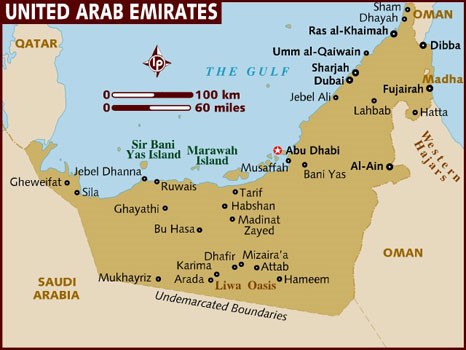 A report has been published by the United Nations that has raised concern over human rights abuses in UAE. In particular it has highlighted issues such the torture of prisoners in the country and discrimination of women. It also revealed the injustice being carried out against foreign workers in the region.

The report was written and published by the Office of the UN High Commissioner for Human Rights (OHCHR). The report speaks of the prevalence of suppression of freedom of expression. The 13 page report also have stated that there in an extended influence of executive authorities and security services on the judiciary. The report was prepared on January 5th 2018 and will be presented during the 29th session of the Human Rights Council. The session will be held from January 15th to January 26th 2018.

The Emirate Centre for Human Rights took to Twitter to note about the abuses conducted by authorities in UAE. The account said, “UAE authorities regularly subject those that violate their restrictions to torture, enforced disappearance, arbitrary detention, and unfair trial procedures.”

The report has also expressed concerns about the nation’s failure to have set up a national human rights institution that is in accordance with international standards. One of the main issue that was brought up in the report dealt with the treatment of prisoners. In 2017, Ahmed Mansoor, an Emirati who is also a human rights activist was detained in the region. At the time he had been accused of using social media to "publish false information and rumours" and "promote sectarianism and hatred".

After the report was published, the UK-based group International Campaign for Freedom in the United Arab Emirates stated, “ICFUAE calls upon the Emirati authorities to abide by its obligations under international law and safeguard the rights of those residing within its borders.”

Our assessment is that UAE is considered one of the most liberal regions in the Middle East but as the report highlights, there are still human rights concerns that needs to be addressed by the regime. Not only will this affect the citizens of the nation but also the region’s diaspora that have come to the Gulf state in search of new opportunities. The country is particularly rich in Indian diaspora and the report could be a matter of concern for them as well.