The International Monetary Fund (IMF), formed in 1944, is currently headquartered in Washington, USA. With 189 member countries, it was conceived to promote international monetary cooperation and facilitate the growth of global economy.

Globally, the immediate economic prognosis is optimistic. IMF has projected a higher than expected growth for China, Japan and the Eurozone countries like Germany, France, Italy and Spain. Due to the strong performances expected from these nations, global growth is expected to be 3.5%. IMF economist Obstfeld said, “The recovery in global growth that we projected in April is on a firmer footing; there is now no question mark over the world economy’s gain in momentum.”

However, IMF downgraded the economic growth of US and UK. According to new estimates, US economic growth will be 2.1% rather than 2.5%. UK is set to grow by 1.7% instead of the 2% that was forecast in April.

Despite these immediate projections of growth, experts have begun sounding alarms over the future of global economy. 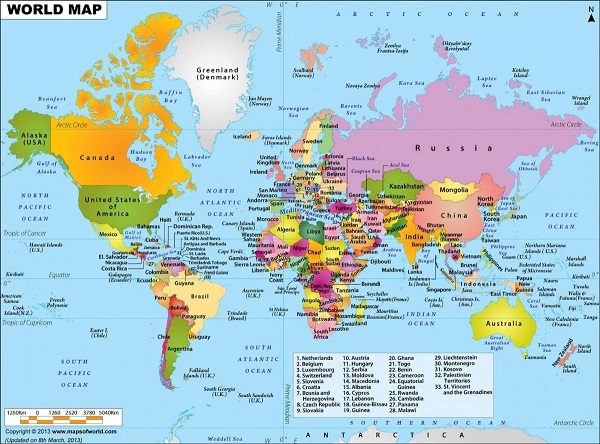 IMF Managing Director Christine Lagarde is the latest expert to warn nations against becoming complacent with growth. She pointed out there are a number of threats including political tensions, as well as rising inequality that could significantly affect economic recovery. She also noted that increased protectionist views adapted by governments could also play a role.

She said, “It is not time to be complacent. Policymakers can use this moment to provide more certainty and provide for the future risks.”

IMF economist Obstfeld has also stated that despite growth, that recovery may not be sustainable. He said, “These positive developments give good cause for greater confidence, but neither policymakers nor markets should be lulled into complacency. closer look suggests that the global recovery may not be sustainable. Not all countries are participating, inflation often remains below target, with weak wage growth, and the medium-term outlook still disappoints in many parts of the world. The recovery is also vulnerable to serious risks. Financial markets that ignore these risks are susceptible to disruptive repricing and are sending a misleading message to policymakers. Policymakers, in turn, need to maintain a longer-term vision and seize the current opportunity to implement the structural and fiscal reforms needed for greater resilience, productivity and investment.”

There are many uncertainties that could derail overall growth. There are rising political tensions in the Korean peninsula as North Korea has threatened a nuclear conflict. Additionally, there are growing concerns over the future of Iran’s nuclear deal. If the US fails to certify the deal and it falls through, then Iran’s nuclear program would be viewed as a security threat globally.

Other factors that will affect economic growth could be increased unemployment rates. Jim Yong Kim, the President of World Bank, has warned that unless nations invest in human development, people across the world will lose millions of jobs to automation and remain unemployed. Germany’s outgoing Federal Minister of Finance, Wolfgang Schäuble, has also warned of the possibility of yet another financial crisis. He said that there are increased risks arising from the accumulation of more and more liquidity and the growth of public and private debt. In order to address growing inequality, the IMF has encouraged higher tax cuts for the wealthy.

Critics are also voicing concerns of the mortgage bubble existing in China, that could trigger another global meltdown. The Federal Reserve has announced that it will start trimming its US$4.5 trillion balance sheet, which was increased five-fold since 2008.

Our assessment is that it is prudent for governments to begin working on contingency plans to tackle a worst-case scenario. As we predicted earlier, it is time for governments to start heeding to the caveats by experts across the globe. Domestically, we feel that the Indian government could consider the advice of the European expert when embarking on the massive fiscal stimuli. The state of the global economy is on a cliff-hanger and we must prepare for every outcome.