A Glimpse of the Future

Dr. Arogyaswami Paulraj is an Emeritus Professor at Stanford University and winner of the Marconi Prize in 2014. He is the inventor and pioneer of the Multiple Input Multiple Output (MIMO) wireless, the key technology behind 4G/5G mobile and Wi-Fi networks. He has been associated with the Synergia Foundation for many years.

Semiconductor technology touches almost every aspect of our lives – from smartphones and the internet to automobiles, commercial jets, medical imaging and satellite sensing. It has powered the Information Technology sector(IT), thereby ushering in the Third Industrial Revolution that we have been experiencing in recent decades. Once again, semiconductors will be key to the imminent Fourth Industrial Revolution, with 5G wireless and AI transforming the societal, economic and security verticals. It will also revolutionise new sectors like intelligent transportation, energy, manufacturing, and agriculture.

Semiconductor technology began with the invention of the transistor at the Bell Labs in 1947. The industry was first seeded in the Silicon Valley in the 1970s, with Fairchild Semiconductor and Intel being the major pioneers. The industry is now spread across the globe, with the U.S., China, Taiwan, South Korea, and Japan emerging as the primary participants.

Semiconductor devices handle data in binary form (bits) and can both store and manipulate them via arithmetic and logical operations. The chips execute billions of instructions per second, enabling them to run everything from smartphones to commercial jets. The industry has, till recently, witnessed consistent price-performance improvements known as the Moore’s Law, named after Gordon Moore at Intel, who observed the trend in the 1970-80s. Nearly five decades since the industry began, the price-performance has improved by a staggering ten million, making semiconductors both ubiquitous and powerful. 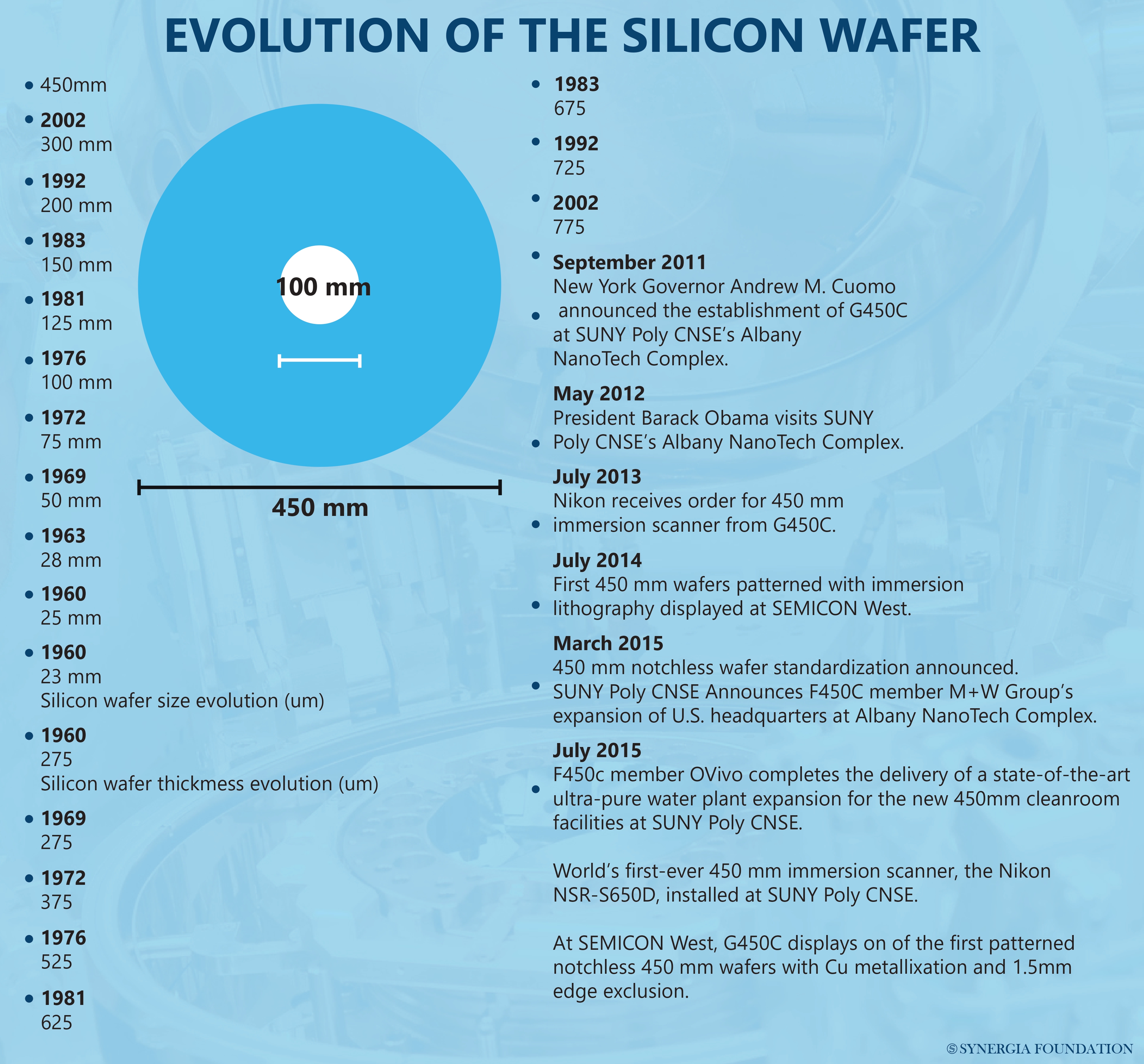 THE SPREADING WEB OF FABS

The semiconductor industry was initially a U.S. monopoly, with companies like Intel designing and manufacturing (fabricated) their own chips. By the mid-1970s, however, Japan overtook the U.S. in the semiconductor memory market. By the 1980s, a semiconductor fabrication plant (fab) cost about 150 million USD, and only very large companies could afford to set up captive fab lines. In the late 1980s, a new business model pioneered by the Taiwan Semiconductor Manufacturing Company (TSMC) enabled a so-called fabless semiconductor model, whereby design companies could get the chips manufactured at a shared fab facility. This triggered the proliferation of fabless semiconductor companies. Qualcomm and Broadcom are good examples of the fabless model, starting small but growing into global giants.

By 2000, the fabless model spread around the world, including the U.S., Europe, South Korea, Japan, China, and Israel. A fabless semiconductor company could often reach profitability with less than 100 million USD of venture funding. The fabs had meanwhile become more expensive and needed over a billion USD to build. The rising cost of fabs was due to the use of a smaller feature size (line width), which in 2000 was around 180 nanometres (nm).

Today, twenty years later, the semiconductor industry is undergoing rapid changes again. On the fabless end, semiconductor chips with over 20 billion gates are routine and complex to design. They require 200-800 million USD to develop and sell into high volume markets like smartphones. This makes it difficult for fabless start-ups to compete and therefore, attract venture funding. The cost of fabs have also risen and now stands at around 19 -20 billion USD for the most advanced 5nm technology (node). Advanced nodes need highly skilled fab engineers, with skills often nurtured over many decades. Of course, they also need complex and expensive fab equipment like Extreme-UV lithography. As a result, many established fabs could not deliver on 5nm or even 7nm nodes, triggering major restructuring of the industry. Apart from being a critical industry, semiconductors are now the most technologically advanced sector for any country.

Most of the chips produced today use the 12-28nm nodes, with 5nm reserved for the most challenging applications like high-end smartphones. The latter constitutes only about 5% of the total market share. The industry is also extremely competitive. Fab lines, built with huge investments, are often kept running at full capacity to maintain profitability, but this also creates major pricing challenges in a market with fluctuating demand.

THE ARENA FOR GLOBAL COMPETITION

The semiconductor industry now commands about 500 billion USD of annual revenue. The U.S. and China are the biggest consumers of these chips. The industry is highly international; a smartphone chip may have seen value addition, both in design and in manufacturing, across 20 companies and six countries. In the fabless segment, U.S. companies (Broadcom, Qualcomm, Nvidia,) still lead in computer and application-specific chips, while South Korea leads in memory chips. In the fab segment, Taiwan, South Korea, U.S., and Japan lead in the frontend technology (lithography and deposition), and China, South Korea, and Taiwan in the backend (assembly and test). U.S. has largely lost its pre-eminence in semiconductor fabrication. Other segments of this industry include the design tools (EDA), where the U.S. is still dominant, and equipment for fabs where the U.S., Europe, and Japan are the leaders.

Given the growing market for semiconductors with the advent of 5G, the race for technology leadership is no surprise. A total of three trillion USD of global R&D and Fab investments are expected over the next ten years. TSMC and Samsung have each announced 250 billion USD of investments over the next decade. China had invested over 100 billion USD in the past decade and will likely add another 1.4 trillion USD in the coming decade. The U.S. Govt. is also expected to invest about 50 billion USD to shore up declining fab capability in the country.

With rising tensions between the U.S. and China in technology, the latter’s status in semiconductors attracts global interest. China has about around 100 fabless companies (e.g., HiSilicon, Tsinghua UniGroup), but still lags behind the U.S. leadership in this segment. China also has about 20 fabs that operate 70 nm to 12 nm nodes. Most of them are headquartered in the country like the Semiconductor Manufacturing International Corporation (SMIC), but TSMC and Samsung also operate fabs in the country. China is particularly strong in the backend fab segment but lags behind Taiwan and South Korea in the frontend. It had planned to deploy the top line 5nm node that requires special fab equipment, sourced from the U.S., Europe, and Japan. However, the U.S. Govt. has now blocked sales of this equipment to China.

Looking to the future, China does have companies in every segment of the fab industry, but they are probably two to five years behind the current world leaders. More than massive capital investments, which China can pump in, the key to success in this industry also lies in Science and Technology (S&T) skills and experience, and this does take time to build. Semiconductor capability enjoys the highest national priority for technology in China and has full support from the highest political levels.

As far as India’s semiconductor Industry is concerned, it currently has no real share in the semiconductor industry. Consequently, every semiconductor chip, whether used in civilian or in military applications, is imported. India does host offshore research and development (R&D) operations for foreign fabless companies but has negligible fabless industry capability headquartered in India.

In semiconductor fabrication, India had started early (and ahead of China) with the setting up of Semiconductor Corporation Ltd. (SCL) in 1983. SCL showed early promise but could not advance beyond the 800nm node and was simply unable to compete with the global industry. In 2006, it was renamed the Semiconductor Lab and absorbed by India’s space program. India clearly has the need and the potential to become a major player in the global semiconductor industry, but many attempts over the past several decades have been unsuccessful. The highest levels of the Indian Govt. are aware of the country’s vulnerable position in this most foundational and strategic industry. Going forward, it is important to deploy new and innovative strategies to address these vulnerabilities.