Reports have emerged that US President Donald Trump’s banking information has been turned over by Deutsche Bank to the special counsel Robert Mueller as part..

Reports have emerged that US President Donald Trump’s banking information has been turned over by Deutsche Bank to the special counsel Robert Mueller as part of the ongoing investigation.

Mueller is a heading a team investigating the alleged Russian interference of the US Presidential elections.

Mueller is the former Director of the FBI, who served in that position from 2001 to 2013. Ever since he was appointed, he has kept a low profile from the media and assembled a team of top lawyers and investigators. So far, there are 16 lawyers in the team including former a DoJ official, Greg Andes.

In the United States, a grand jury is set up to consider whether or not there is evidence to bring forth criminal charges in a case. The grand jury is comprised of ordinary citizens who examine evidence put forth by a prosecutor. The jury however, cannot decide on whether the defendant is innocent or guilty. Matters related to grand juries are typically handled behind closed doors and are secretive in nature. In August 2017, reports revealed that Robert Mueller, had impaneled a grand jury as part of his investigations. 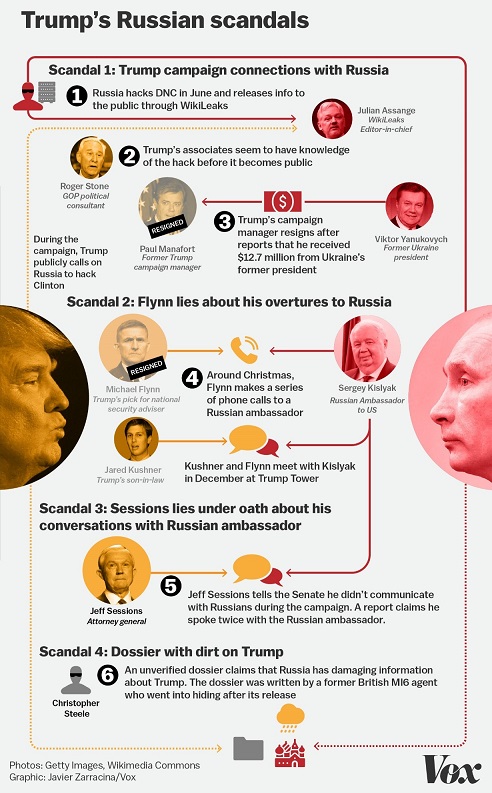 Former National Security Adviser Michael Flynn has pleaded guilty to making false statements to the FBI about meetings with Russia's ambassador right before Donald Trump became President. Reports have since emerged that the President’s son-in-law and Senior White House advisor, Jared Kushner was the one who directed Flynn to establish contact with the Russian government prior to Trump Presidency. Trump’s former campaign Chairman Paul Manafort has also been indicted in the proceedings.

Reports have now emerged that Trump’s banking information has been turned over by Deutsche Bank to the special counsel as part of the ongoing investigation. Media outlets like Reuters and CNN have revealed that the special counsel has sought information on certain money and credit transactions. The company has said, “Deutsche Bank takes its legal obligations seriously and remains committed to cooperating with authorized investigations into this matter.”

“We have confirmed that the news reports that the special counsel had subpoenaed financial records relating to the president are false. No subpoena has been issued or received. We have confirmed this with the bank and other sources,” Jay Sekulow, a member of Trump’s legal team, told ABC News Tuesday afternoon. Deutsche Bank declined to comment on Sekulow’s statement.

Adam Schiff, the top Democrat on the House intelligence committee has deemed these developments “significant.” In a statement he noted, “If Russia laundered money through the Trump Organization, it would be far more compromising than any salacious video and could be used as leverage against Donald Trump and his associates and family.”

Flynn’s plea indicates that he is working and cooperating with the special counsel office. This means he might agree to wearing a wire and conducting covert conversations on behalf of the prosecution. Some have speculated that Flynn’s lesser plea also signals that Mueller is trying to implicate and indict other, perhaps bigger players, within the Trump inner circle.

In an earlier interview with the New York Times, Trump shared a cryptic warning for Mueller when it comes to investigating finances. In an interview this July he said that an examination of his or his family’s finances by Mueller would cross a red line. “I think that’s a violation,” Trump told the paper. “Look, this is about Russia.”

In June, Deutsche Bank cited privacy laws when it rejected a request by House Democrats to provide details of Trump’s finances.

Our assessment is that it has become clear that Mueller is “following the money” in his search for possible links between the Presidential campaign and Russian players. It is possible Donald Trump Jr and Jared Kushner might be implicated next.