Fissures in the coalition

As the war in Ukraine drags into its third month, and Russian forces doggedly take chunks out of the industrial rich territory in Eastern Ukraine, there are questions being raised about the efficacy of the western sanctions in forcing President Putin to call a halt to his 'special military operations.'

Moscow has called these “contradictory to international law actions of the United States and foreign states and international organizations that joined it, which are aimed at illegally depriving and restricting Russia’s and Russian citizens’ property rights,” While the Russian stock market has tanked and the Rouble lost over 30 per cent of its value against the U.S. dollar in international markets, it is not yet clear whether the effect of all the multipronged sanctions will bring Russia to its knee. More importantly, how soon?

Moscow has been all along claiming that the sanctions, heralded by the U.S. and its European/ Asian allies, will only hurt the latter and further give impetus to inflation. In fact, as far back as June 2021, he had called the U.S. sanctions a 'blessing in disguise' as they encouraged and enabled the Russians to find domestic solutions and invest in home-grown technology. However, it now appears that the vast set of sanctions are biting because Kremlin decided to put the West on notice, threatening to renege on its deals with European countries on the supply of raw materials and commodities.

To give tooth to this claim, in the first week of May, President Putin declared that Russia would impose counter-sanctions on 'unfriendly countries.' Although individual countries are yet to be named, it has been stated that 'economic relations' would be banned and the 'export of products and raw materials to unfriendly people and entities will be forbidden.' Moscow is compiling a list of target countries, and it is widely accepted that the move could create further disruptions in an already chaotic market. 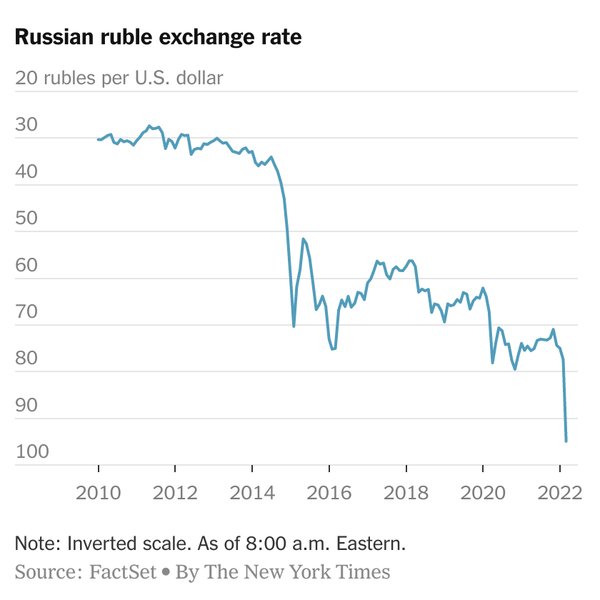 Cracks in the Façade

The coalition that is participating in the punitive sanction regime has a very long list. Led by the U.S., it includes the EU, the UK and Canada. Japan, Switzerland, Australia and Taiwan, all close allies of the U.S. who had also imposed fresh injunctions on Kremlin within 24 hours of the commencement of the 'special military operation' in Ukraine. New Zealand joined in with travel bans on Russian officials and cutting down on trade deals.

Former Soviet republics were in a particularly sensitive position as their economies were still closely linked with Mother Russia. Latvia, Lithuania, Slovakia and Poland, though heavily dependent on Russian gas, have more or less toed the line on sanctions. Slovakia imports over 96 per cent of its oil from Russia, while in the case of Finland and Lithuania, Russian dependency is almost 80 per cent.

However, Hungary has been the outlier. Although, in February, it had announced that it would not 'block' the sanctions against Russia, now it has started putting up resistance to the embargo on Russian crude oil. Early in May, Budapest declared that it could no longer support the EU Russian sanctions, which were like an "atomic bomb' on their struggling economy. Prime Minister Viktor Orban of Hungary offered to trade in roubles with Russia for its oil, in contravention of the European sanctions package, thus breaking ranks with its European allies.

Prime Minister Orban has maintained close trading relations with Moscow for more than a decade, and the positive impact of cheap Russian gas has kept him in power for four consecutive terms. As per a deal signed with Kremlin in 2021, Hungary will get 4.5 billion cubic metres of Russian gas every year, making up for more than 45 per cent of the country's energy needs. Apart from the oil import issue, there are other reasons why Hungry is piqued with Brussels; billions of Euros meant for COVID recovery have still not been released by the European Commission because of “concerns about corruption.”

The EU, and the U.S. would not like the sentiments expressed by Hungary to spread through the coalition. Hungary could expect further isolation within the EU. Already, many eastern European states like Poland, the Czech Republic, Slovakia, and Slovenia have distanced themselves from Budapest. Domestically also, there is a rift, and Hungarian thinktanks have warned that the Orban government could be "manoeuvring itself into a dead-end".