Vietnamese human rights activists and independent media organisations have written an open letter to Mark Zuckerberg. The activists claim that Facebook policies are helping the ruling Communist Party of Vietnam quell dissenting voices. Zuckerberg is scheduled to testify in front of Congress this week on the Cambridge Analytica data leak scandal.

Vietnam, located in South-East Asia, was colonised by France in 1887. Vietnam declared independence after World War II, however France continued to rule until its 1954 defeat by communist forces under Ho Chi Minh. The Vietnam War, which began in 1965, ended in 1973 after the victory of the communist-backed North Vietnam, and the country has remained under communist rule since. The Communist Party of Vietnam (CPV) was formed in 1976 with the merger of the Workers Party of North Vietnam and the People’s Revolutionary Party of South Vietnam. It is currently headed by Nguyen Phu Trong.

Numerous human rights groups and international observers have noted that human rights in Vietnam have deteriorated in recent years, with severe restrictions on freedom of expression, freedom of assembly, association and movement, and freedom of religion. The Human Rights Watch (HRW) has noted that the CPV has “maintained its control over all public affairs and punished those who challenged its monopoly on power.” This includes the intimidation, harassment, and arrest of journalists and activists. It cited several instance of violence against them. Vietnam prohibits the establishment of independent political parties, labour unions, and human rights organizations. 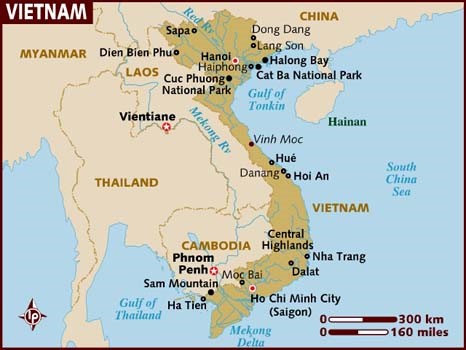 Facebook is one of the largest social media corporations in the world today. In 2017, it had an average of over 2 billion monthly users. Facebook and other social media have come under fire in recent years, for the widespread presence of bots, hate and terrorist propaganda, and the proliferation of “fake news” ahead of elections. It has been reported that Facebook was a key influencer in the outcome of both the 2016 US Presidential elections and the Brexit vote. The recent Cambridge Analytica scandal drew global attention to the degree of control Facebook has over personal information, sparking debates on privacy and data use.

Cambridge Analytica, a political consultancy, was also reportedly involved in political influence campaigns on Facebook. The agency was involved in over 200 elections across the world, including in Nigeria, Kenya, the Czech Republic, India, and Argentina. Social media has become an important factor in freedom of speech and expression. In more authoritarian countries, such as several nations in South-East Asia, its role is exacerbated. According to We Are Social’s Digital in 2017 report, the number of active social media users in Southeast Asia grew by 31% between 2016 and 2017, the equivalent of 72 million new users.

According to some reports, Vietnam has over 55 million Facebook users, 62% of the population. Vietnam was the 9th most heavily hit country in the Cambridge Analytica scandal. In 2017, the Vietnamese government hired over 10,000 internet censors called “Force 47” to tackle anti-state propaganda and “wrongful views”. The state has claimed that “the enemy takes advantage of the internet to create chaos.”

In the letter to Facebook, the activists called Force 47 “state-sponsored trolls”. They cited a lack of transparency and accused Facebook of enabling Force 47 to curb free speech on the site. “There are online groups of government trolls coordinating mass reporting of activist accounts and celebrating their accomplishments when accounts and pages are taken down by Facebook,” the letter read.

“While we applaud Facebook’s efforts to fight disinformation in open societies, your efforts are carried out with such a broad brush that it is hurting communities in closed and closing spaces, such as Vietnam,” the activists stated.

The letter cited the meeting of Facebook head of Global Policy Management Monika Bickert with Vietnamese Information Minister Truong Minh Tuan in 2017. “It would appear that after this high profile agreement to coordinate with a government that is known for suppressing expression online and jailing activists, the problem of account suspension and content takedown has only grown more acute,” the letter read. “Since last year… the frequency of takedown has increased and Facebook’s assistance has been unhelpful in restoring accounts and content.”

Earlier this month, six human rights activists were sentenced to seven to fifteen years in jail. They were linked to the Brotherhood for Democracy activist group. There are over 97 “prisoners of conscience” held by the Vietnamese government, according to Amnesty International.

During the anti-Muslim riots in Sri Lanka earlier this year, the Sri Lankan government blocked all social media and restricted access to Facebook, in order to curb violence. Facebook was blamed for its slow response in monitoring the hate speech that was inciting violence. Only last week, civil society groups in Myanmar criticized Facebook CEO Mark Zuckerberg. They stated that his response to the spread of hate speech on the site, which provoked violence against Rohingya Muslims in the country, was "inadequate."

In the Philippines, authoritarian President Duterte reportedly used Facebook to his benefit during the 2016 Presidential elections. During his campaign, he vowed to kill thousands of criminals and has urged the public to take law into their own hands and kill drug addicts themselves. It has since been revealed that Duterte also worked with Cambridge Analytica on his campaign. Hun Sen, who has been Prime Minister of Cambodia since 1985, has used social media as a primary tool of communication, even while outlawing opposition and shutting down media organisations.

Vietnam’s foreign ministry spokeswoman Le Thi Thu Hang has said that “there is no such thing as people being arrested for freely expressing opinion” in Vietnam. She has also refuted “biased” information from rights groups, stating, “In Vietnam, there are no so-called prisoners of conscience and no arrests of people who express their personal viewpoints.” The state has claimed that it is “ensuring and promoting human rights”.

Our assessment is that Facebook may be ill equipped to deal with the complexities of democracy and free speech in south-east Asia. There is increasing awareness about the fact that Facebook and other social media are a major tools of disseminating information and shaping public opinion. As stated previously, we believe that Facebook should be more proactive in engaging with local groups and increase the transparency of its operations. Facebook must be sensitive to the political realities of users across the world in order to address the numerous issues it faces today.