Less than a year after COP26, where Europe pledged to phase down its coal consumption, the continent's energy security is being tested. In the hopes of deterring further military escalation in Ukraine, the EU pledged to sever their dependence on and slapped a barrage of sanctions on Russian oil. Faced with a recalcitrant Putin, the bloc had no option but to put into effect measures which some call "cutting their nose to spite their face!"

Facing up to the Challenge

Consequently, the EU finds itself bereft of cheap Russian gas. While the generous contributions of the U.S.enabled Germany, Italy, the Netherlands, Austria, and Denmark to evade a cold, harsh winter, the oncoming summer months promise to be even hotter.

Europe ramped up its old coal-based power generation, doled out natural gas rationing and even looked at restarting old nuclear power plants and putting up new ones despite public outcry. In a quest to diversify its supplies, Europe’s energy grids could become a breeding ground for the politicisation of an essential commodity.

The War in Ukraine sent the global oil market into a frenzy and forced nations to review their energy dependency. Japan sought to revive its moribund nuclear reactors, and the Biden administration is encouraging domestic oil production. While Europe aims to wean itself off Russian oil, it did not discontinue its gas supply contracts with Gazprom. The Russian state-backed gas giant Gazprom supplies 40 per cent of Europe's LNG imports via the Nord Stream pipeline between Germany and Russia.

Recently, citing the delayed return of equipment being serviced by Germany's Siemens Energy in Canada, Gazprom shut off its gas supply to certain European nations. European leaders view this as political blackmail.

In March, the European Council got a majority decision to phase out Europe’s dependency on Russian Energy imports at the earliest. The plan was called REPowerEU, and it sought to 'fast forward the clean transition' and create a 'more resilient energy system.' Renewable gases like hydrogen and biomethane would also be increased through imports or domestic production. While the plan looks at accelerating renewable energy deployment as its principal pillar, by 2030, only 45 per cent of the energy consumption will be from renewables (solar, wind etc.), while the bulk of the energy will still be provided by gas and nuclear power. 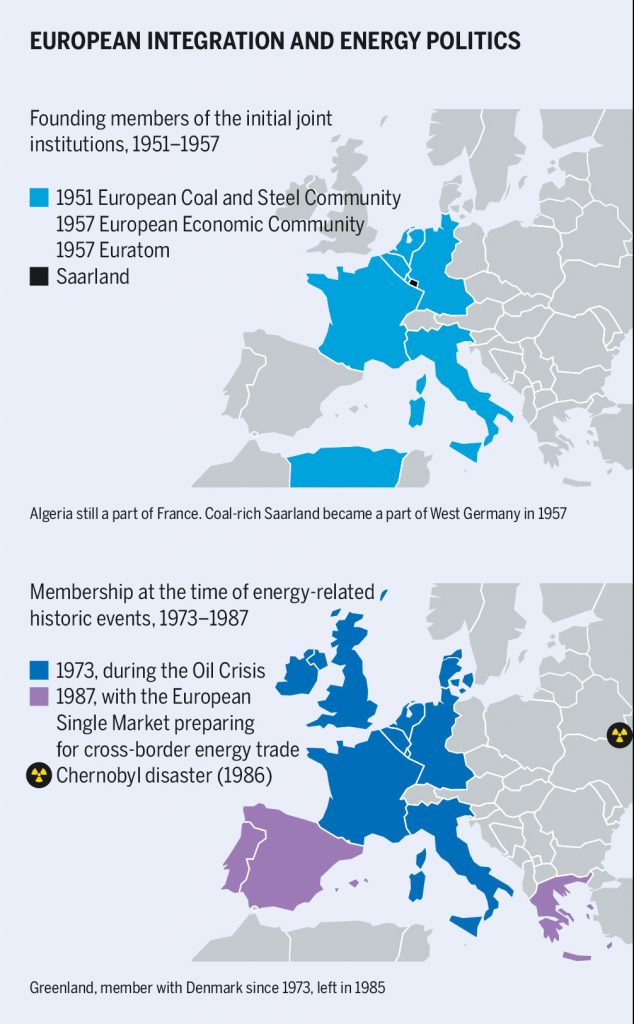 While the dire fallout of a war in eastern Europe involving Russia as the main protagonist was always feared, the actual outcomes were never discussed or prepared for by the EU. The cost of such alternate measures was so exorbitant that economic prudence demanded that these be kept in cold storage. However, now the geopolitical situation has aggravated overnight, and soft measures are no longer an option.

Gazprom's latest move will force an entire continent to renege on the coal consumption, phasing down goals they set less than a year ago. Countries like Austria and Germany, whose coal mines and power plants had been mothballed, will have to reopen them and production ramped up to offset the deficit in Russian LNG supply. Additionally, governments have appealed to their citizens to scale back on energy consumption and will explore rationing their limited gas supply. Leaders maintain the increased coal-powered energy production is temporary till viable alternatives have been secured.

Nuclear energy is a highly polarised topic in the EU, with pro-nuclear power countries such as France, Sweden and Finland advocating the construction of new nuclear plants. Across the aisle, Germany remains a vehement opponent of nuclear power that remains unmoving in its goal to shut down nuclear reactors by the end of 2022. A revisitation to the nuclear option seems unlikely.

Fossil fuel investments and coal supply chains are predicted to see a sharp uptick this year. Additionally, the controversial North Sea oil drilling project has gained steam after a joint announcement between Germany and the Netherlands that production is expected to begin in 2024.

Apart from exploring domestic options, the EU looks to the east for energy security. The EU signed a Memorandum of Understanding with Israel and Egypt aimed at using the energy potential of the Eastern Mediterranean to cover the shortfall in energy supplies to Europe. When the ongoing maritime border dispute between Lebanon and Israel is resolved, it is predicted that Israel will be able to harness double its present export capacity. Turkey would be a conduit from Central Asia or the Middle East into Europe. Turkey's conditional support to Finland and Sweden for their NATO membership will generate enough goodwill within the EU to help develop Turkish oil supplies, with a generous financial contribution to cash-strapped Ankara. Turkey would demand a greater political price, including the EU backing on sticky issues like the Kurdistan issue.

Europe has a vested interest in its energy security by ensuring peace and cooperation in the Middle East, which can be achieved by building closer ties between Brussels and Ankara.

Rare earth metals are used in wind turbine magnets, solar cells, and EV cars. The extraction and mining of rare earth require incredibly energy-intensive mining processes, which emit a significant amount of carbon into the air and toxins to the ground. Many of these toxins are detrimental to the health of ecosystems. One ton of radioactive waste is created every time one ton of rare earths are extracted, and the demand for rare earths will only increase.

According to estimates, the demand for rare earths will increase to 450 thousand tons per year in 2035, compared to 200 thousand tons currently. We are stuck in the horn of dilemma-rare earth metals can provide the efficient, clean energy we require; however, the production of these very elements is hugely detrimental to the environment. One way to reduce this is to resort to large-scale recycling. Policies need to be laid out to make sure that when wind turbines or electric vehicles are made, they are designed so that the rare earths used can be recycled.

The International Energy Agency and the Intergovernmental Panel on Climate Change have said no new oil and gas extraction projects should be built to keep global warming to 1.5 C above pre-industrial levels. Clearly, the EU is ignoring these guidelines.