Turkish President Recep Tayyip Erdoğan has currently embarked on a five-day tour to African nations to further cement ties between Africa and Turkey. This includes trips..

Turkish President Recep Tayyip Erdoğan has currently embarked on a five-day tour to African nations to further cement ties between Africa and Turkey. This includes trips to Algeria, Mauritania, Senegal and Mali.

Ties between the continent of Africa and Turkey have significantly strengthened since 1998. This is largely due to the role played by the civil society. In particular, after 2005 Turkey has worked proactively to increase its influence in Africa. The Turkey-Africa Cooperation Summit is an indicator of these improved ties. Turkey since its involvement in Somalia in 2011, is eager to be considered as a political actor in the continent.

Presently, there are 41 Turkish embassies across nations in Africa. In September 2016, with the the opening of a base in Somalia, Turkey has moved past simply having a presence in trade and now has military presence in the region too.  Turkish airlines flies across 50 cities in Africa Turkish construction firm Yapi Merkezi is presently a multibillion-dollar railway line across Ethiopia and Tanzania.

The modern secular republic of Turkey was established in the 1920s by nationalist leader Kemal Ataturk. It has played an important role in geopolitics as it is strategically located. It is located between Europe and Asia and has control over the entrance to the Black Sea.

Recep Tayyip Erdoğan is the current President of Turkey. Having held this position since 2014, he was previously the Prime Minister of the country from 2003 to 2014. Prior to that, he was the Mayor of Istanbul from 1994 to 1998. He has been criticized for ushering an authoritarian government in the country. 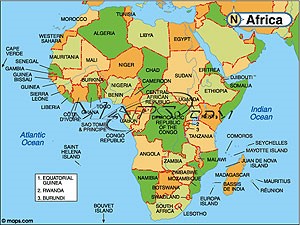 Turkish President Erdogan has made ties to Africa the main focus of his foreign policy. It became apparent when he penned an op ed for Al Jazeera noting, "Many people in the world associate the African continent with extreme poverty, violent conflict and a general state of hopelessness. The people of Turkey have a different view. We believe Africa deserves better."

In February 2018, President Erdogan embarked on a five day tour to African nations to further cement ties between Africa and Turkey. This includes trips to Algeria, Mauritania, Senegal and Mali. On the first leg of this tour in Algeria, he welcomed a number of trade pacts signed between Turkey and Algeria. He said this would allow Ankara and Algiers to diversify trade pending the signing of "an agreement on the protection of investments as soon as possible". Algeria is one of Turkey’s most important economic partners in the region.

He specifically spoke about Algeria and stated, “We would like to cement our relations in several fields, including the military, defense industry and cultural areas, based on friendship and cooperation.” He also added that developments in Jerusalem, Syria and Libya will also be discussed. "We see Algeria as an island of political and economic stability in the region. Our first trading partner in Africa is Algeria," Erdogan said.

Since 2004, Erdogan has paid official visits to 24 African countries and witnessed the signing of numerous bilateral pacts. In contrast, he is not frequent with his visits to Western nations even ally countries. His trip to the US in 2017 was marred in controversy and his bodyguard were accused of allegedly attacking protestors in the US.

In 2017, Erdogan visited Madagascar, Mozambique and Tanzania and has also made trips to Ethiopia, Uganda, and Somalia. Turkey has taken the main responsibility of leading efforts to rebuild the war-torn region of Somalia.

At the recently concluded Turkey-Africa 2nd Ministerial Review Conference, participant nations once again professed their dedication to creating robust ties with one another. A statement from the conference noted, “We reiterated our desire to further strengthen economic and commercial relations through examining possibilities of removing tariffs and non-tariff barriers to trade by way of potentially concluding Trade and Economic Partnership Agreements.”

Our assessment is that as President Erdogan continues to be dogged by controversy and ill-will in the West, he has chosen to focus his efforts on the African nation. In the West, he is criticized often for his governing style which has been described as dictatorial. His commitment in Somalia and Algeria has resulted in Turkey gaining influence in Africa and the country will benefit both economically as well as strategically.