In the aftermath of the terror attack in New York city, US President Donald Trump called for the death penalty for the attacker. He has also stated that the attacker might be sent..

In the aftermath of the terror attack in New York city, US President Donald Trump called for the death penalty for the attacker. He has also stated that the attacker might be sent to Guantanamo Bay.

The President has also lashed out at lawmakers and political leaders like Senator Chuck Schumer.

New York has been the site of some of the most horrific terror attacks in modern history. In 1993, a group of terrorists detonated a truck bomb in the World Trade Centre. It resulted in the deaths of six people. On September 11, 2001, two planes, American Airlines Flight 11 and United Airlines Flight 175, flew right into the North and South towers of the World Trade Center complex in New York City. Within hours both the towers had collapsed and killed thousands.

The “enemy combatant” designation has a narrow legal definition with implications for the detainees’ rights and potential trial, and the label has never been applied to a suspect detained in the United States. An unlawful enemy combatant is some one authorities believe is connected with a terrorist group, whether through funding or direct orders or association, among other connectors. The use of this term spiked during US President George Bush’s tenure right after the 9/11 attacks. Some lawmakers called onto the government to try the perpetrators as unlawful enemy combatants but the White House denied it. President Barack Obama’s administration stopped using the term “enemy combatant” in 2009. The President of the United States has the authority to determine whether or not a person is an enemy combatant. Enemy combatants can have their Habeas Corpus suspended. They can be, therefore, imprisoned for an indefinite period.

The Guantanamo Bay detention camp is a military prison in the United States. Prisoners here are held indefinitely without trial. There have also been reports of torture being conducted within its premises. Amnesty International has stated that the operations of this camp are considered to be a major breach of human rights. 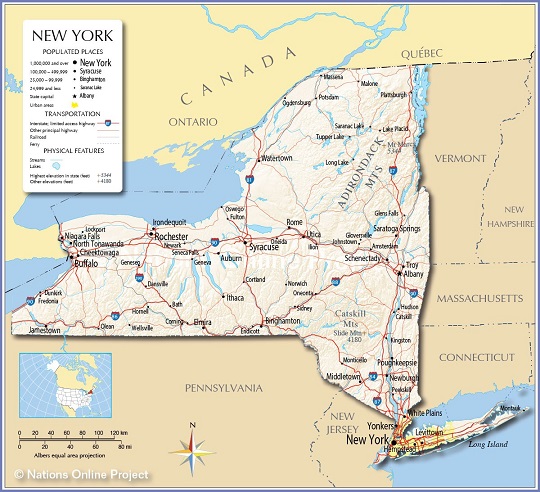 On October 31st, 2017, a suspected terrorist in a rented pickup plowed through a busy bicycle path near the World Trade Center memorial. He drove right into cyclists and pedestrians and crashed his car into a school bus. He then jumped out of his car while carrying imitation guns (a paintball gun and a pellet gun). Eight people were killed and 12 were injured in the attack. He was shot in the abdomen by law enforcement officers. Authorities have stated that he has since recovered from his surgery and is expected to survive. Authorities found a note pledging allegiance to the ISIS in the perpetrator’s truck.

"He appears to have followed almost exactly to a 'T' the instructions that ISIS has put out in its social media channels before, with instructions to their followers on how to carry out such an attack," John Miller, NYPD deputy commissioner for intelligence and counterterrorism, said at an earlier news conference. Saipov was "radicalized domestically" in the US, Gov. Andrew Cuomo said.

US President Donald Trump expressed anger in the wake of the attack and lashed out at Democratic lawmaker Chuck Schumer who represents New York. He also stated that the terrorist, identified as Sayfullo Saipov, should receive death penalty. He tweeted, “NYC terrorist was happy as he asked to hang ISIS flag in his hospital room. He killed 8 people, badly injured 12. SHOULD GET DEATH PENALTY!”

New York Governor Cuomo has since criticized the President for his language. He said, “The president's tweets, I think, were not helpful. I think they were not factual. I think they tended to point fingers and politicize the situation.”

Schumer is now the Senate minority leader, the most powerful Democrat in Congress. He lashed out at the President stating, “I have always believed and continue to believe that immigration is good for America. President Trump, instead of politicizing and dividing America, which he always seems to do at times of national tragedy, should be focusing on the real solution -- anti-terrorism funding -- which he proposed cutting in his most recent budget. I’m calling on the president to immediately rescind his proposed cuts to this vital anti-terrorism funding.”

President Trump has also floated the idea of withholding Saipov in Guantanamo Bay. He also said that Saipov might be tried as an enemy combatant. In a day marked with anger, Trump would criticize Schumer repeatedly over immigration and would go on to call the US Justice System a “laughing stock.” Press Secretary Sarah Huckabee Sanders defended the President’s statement noting, “He was voicing his frustration with the lengthy process that often comes with a case like this.” Trump has also demanded Congress to terminate diversity immigration lottery.

Schumer was a key shaper of the 1990 legislation that created the program, but also played a lead part in the 2013 Gang of Eight bill that that passed the Senate on a bipartisan basis and included removing the diversity lottery program.

Our assessment is that the attack will result in even stricter immigration laws put into place by the US government. US President Donald Trump had campaigned on the promise of keeping unlawful players out of the nation. Once again, Trump’s response to a tragedy has been colored in anger and has polarized the general public.