The Republic of Congo’s president will seek Chinese support for its negotiations with the International Monetary Fund about a bailout. Congo owes its creditors in excess of $ 9.14 billion. The Republic of the Congo is a Francophone country in central Africa with a population of 5 million people and a per capita income of $7,300. It has...

The Republic of Congo’s president will seek Chinese support for its negotiations with the International Monetary Fund about a bailout.

Congo owes its creditors in excess of $ 9.14 billion.

The Republic of the Congo is a Francophone country in central Africa with a population of 5 million people and a per capita income of $7,300. It has become the fourth-largest oil producer in the Gulf of Guinea, providing the country with a degree of prosperity despite political and economic instability.

The level of China's investment in the continent of Africa is increasing at a rate fast enough to raise eyebrows in the west. Primary motivations that lie behind China's push towards increased investments in African nations include the desire to secure a solid base of raw materials to fuel China's own rapidly growing economy. The desire to increase China's global political influence and the major growth opportunity presented by emerging market economies in Africa also play a part in its foreign policy. 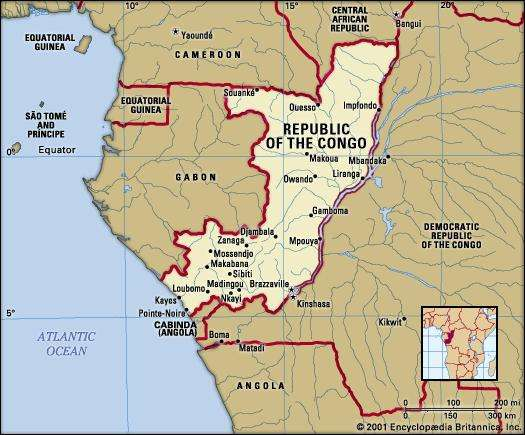 The China-Africa Cooperation Forum to be held in Beijing from 3 to 4 September will be seen as an opportunity for the Republic of Congo to solicit China’s support in its attempt to secure financial support from the International Monetary Fund (IMF).

Congo is the continent’s fourth largest oil producer and it owes at least $9.14 billion to various international creditors. For at least two years its economy, essentially dependent on oil, has contracted due to the plunge in crude oil prices.

The IMF’s executive board had been set to discuss a proposed three-year arrangement for Congo at a meeting on July 11, according to a calendar published on its website. The meeting didn’t take place and has yet to be rescheduled.

Congo is seeking to restructure its debt with commodities trading houses after borrowing $2 billion from merchants including Trafigura and Glencore. The bulk of its external debt, however, is owed to Chinese entities.

The country’s debt has more than tripled since 2010 to more than 110 percent of the gross domestic product. London-based advocacy group Global Witness alleges a series of pre-financing deals by the state oil company were used by people close to or part of Sassou Nguesso’s family as vehicles for corruption. However, the government has rejected these claims.

The entire exercise of approaching China in order to secure a bailout from the IMF is a show of Chinese influence in the region. China’s attempt to counter the influence of the ‘Washington Consensus’ seems to be an uphill task, but it is using its regional influence in Africa to secure crucial bailout packages for its debtors.

The nature of the relationship between the Republic of Congo and China is that of a debtor and creditor. China is Congo’s largest creditor and is using this influence to boost more Chinese investment in the country.

Congolese Prime Minister Clement Mouamba flew to Beijing last month to obtain clarity on loans to Congo by lenders including the Export-Import Bank of China. The IMF in April said it needs to know exactly what the country owes to bilateral and commercial lenders before it provides funding.

Our assessment is that any clear support politically and economically will assure the IMF that the reforms that are needed in return to secure the bailout will be implemented. We believe that the growing economic weight of the continent is illustrated by the fact that it houses six of the world’s top 12 fastest growing countries: Ethiopia, Democratic Republic of Congo, Cote d’Ivoire, Mozambique, Tanzania and Rwanda. The International Monetary Fund also asserts that in the five years to 2023, Africa’s overall growth prospects will be among the best in the world.